LVAD origins A lifesaving heart device 30 years in the making

LVAD Origins A Lifesaving Heart Device 30 Years in the Making 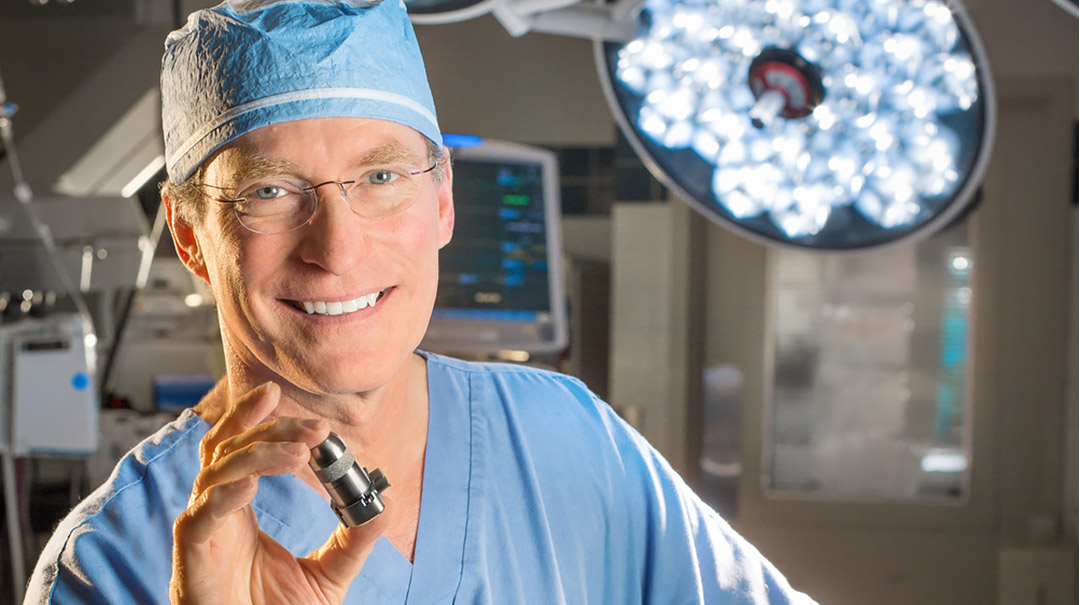 In 1988, MedStar Washington Hospital Center became one of the first four hospitals in the United States to implant a ventricular assist device, or VAD, in a patient with heart failure. Today, our Advanced Heart Failure Program uses left ventricular assist devices (LVADs) as a regular part of patients’ treatment plans. These amazing devices, implanted in the heart, can keep the heart pumping when medications are no longer enough.

When LVADs were first invented, it felt very much like how the Wright brothers must have felt in 1903, trying to prove humans could use technology to fly. The LVAD technology wasn’t practical to use for most patients, and it didn’t allow people to do anything but lie in bed. It’s fascinating to see how far we’ve come. In just three decades, LVADs have blossomed from a seemingly impossible technology to become an advanced treatment option that’s given thousands of patients their lives back during heart failure treatment.

How far LVADs have come

The first LVADs were huge, bulky contraptions. They had to be connected to pumps the size of a refrigerator to keep them running. The size of the internal components required lots of room under the belly muscles to squeeze blood through the body. That ruled LVADs out for just about any patient who wasn’t a man who weighed 200 pounds or more. Most women and smaller men just didn’t have the room in their bodies to accommodate the internal equipment. And to top it off, these machines were entirely hospital-based, so a patient with an LVAD couldn’t go home.

Our problem then was that we were trying to copy the natural human heart—an incredible machine. It fills with blood and pumps it out about 2.5 billion times in an average lifetime. So, of course, the first LVADs took this as the inspiration. But any “improvements” to the pumps just made them bigger or more complicated. For example, when the early air-powered pumps were changed to electric, that meant they had to have motors.

It’s no wonder we only were implanting about five LVADs per year before the mid-2000s. Most people chose hospice care instead or only used LVADs as a stopgap measure, hoping for a possible heart transplant.

The breakthrough and where we are today

By the late 1990s, we realized we had to get away from trying to mimic the filling/pumping action of the human heart. Enter continuous-flow technology. We found that a pump that constantly keeps blood flowing, rather than stopping and starting again and again, can be smaller and more efficient. Now, instead of a pump the size of a refrigerator, my colleagues and I were developing an LVAD called the HeartWare, which fits in the palm of a hand. For this device, only a cable, controller and small battery pack need to be outside the body.

In 2005, we finally got funding for the device, and one of my colleagues and I performed the first human surgery with our device at the University of Vienna. The first U.S. patient received their LVAD here at MedStar Washington Hospital Center in 2008. Today, we’re putting in 90 LVADs per year, of which the HeartWare is the most-often used, and our Advanced Heart Failure Program has grown to become one of the top five programs of its kind in the country.

One interesting note about continuous-flow LVADs: Patients who have one of these devices no longer have a pulse.

Patients who have a continuous-flow #LVAD for #heartfailure no longer have a pulse. via @MedStarWHC

LVADs as an alternative to heart transplants

LVADs were first developed as a way to keep patients alive until they could get heart transplants. Today’s LVADs allow patients to do a lot more than just lie in a hospital bed and wait for a donor heart to become available. That’s good, because the D.C. area is one of the toughest in which to get a donor heart for a transplant. The chance that one of my LVAD patients will have a heart transplant within a year of receiving their LVAD is less than 20 percent.

In part, that’s because the number of available hearts for transplant has stayed virtually the same for the past decade, even as the number of people who need a heart has gone up. And even if a heart is available, that doesn’t mean it will be acceptable for a transplant. A 2015 study found that, out of more than 82,000 hearts available nationally, only 34 percent were accepted for use in transplantation surgeries.

The fact of the matter is that, without a huge increase in the number of donor hearts, most people with heart failure who could benefit from a heart transplant won’t get one. The LVAD has become the long-term solution for these patients.

The future of LVADs

LVADs have changed patients’ lives for the better in the last decade, and we continue to pursue advancements in the therapy and devices. Our next big challenge is to overcome the need for a power source and controller outside the body, which can limit what patients are able to do in their everyday lives.

We’re hard at work designing the next generation of LVAD technology. And we’re hopeful that the next LVADs can be completely implanted in a patient’s body with just a small scar on the chest as the only evidence of heart surgery. This future LVAD will work like an artificial heart, keeping blood flowing for hours off a single charge. Afterward, the patient would charge up the LVAD with a patch on their chest, like a wireless charging station can recharge the battery of a smartphone.

We also hope to get the word out to more people about how LVAD technology can help them. Only about 8 percent of the people who would benefit from an LVAD actually have one, compared to the 70 percent of people who can benefit from a defibrillator and have one. Many doctors don’t understand the advances we’ve made in the last 10 to 15 years, and that means patients aren’t learning about their options either.

LVADs started out almost as a curiosity rather than a practical treatment plan. Now, LVADs provide essential care for people worldwide with heart failure. Think about the advancements between the Wright brothers’ first flight and then, less than 70 years later, blasting a team of astronauts to the moon. I’m astonished at how far we’ve come in heart failure treatment in just three decades, and I can’t wait to see the new horizons in store for us and our patients.