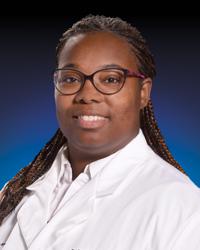 Lashea Davis Roland, MD, is an obstetrician and gynecologist practicing at MedStar Franklin Square Medical Center. She is board-certified by the American College of Obstetricians and Gynecologists (ACOG) and has a number of specialized clinical interests, including minimally invasive surgery, promoting the benefits of breastfeeding, reducing the incidence of pre-term births, and educating minority women about the importance and value of cervical cancer screenings.

Dr. Davis Roland is a graduate of the Meharry Medical College located in Nashville, Tennessee, where she was an active member of the Alpha Omega Alpha Honor Society. She completed an internship at Indiana University School of Medicine, followed by a residency at the State University of New York, Downstate Medical Center.

Dr. Davis Roland worked in private practice for five years in Washington D.C., Maryland, and Virginia. She is committed to providing evidence-based patient care to advance the field of obstetrics and gynecology. In her spare time, Dr. Davis Roland enjoys traveling and spending quality time with her husband and daughter, Chloe.