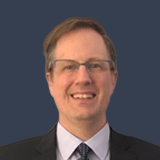 Eric has been with MedStar Health for over 10 years. He started as a nightshift pharmacist, then Sr. Clinical Pharmacist, then Pharmacy Manager, Director of Pharmacy at NRH since January 2017.

He received an undergraduate degree in Neuroscience and a master’s degree in Counseling Psychology. Prior to becoming a pharmacist, Eric had various roles counseling at-risk adolescents in a variety of settings: a juvenile detention center, in-home counseling, and in a hospital outpatient setting.