Frequently the behavioral health staff determines that female patients cannot wear their bra because of safety concerns (the underwire may be pulled out and used to injure themselves, other patients or staff).  This causes a situation where the patients are not adequately clothed.

The hospital issues mesh underwear most frequently used by postpartum mothers.  The crotch can be cut out of the underwear such that the resulting mesh ring can be used as a bra.  The mesh is quite elastic and can fit a range of body sizes.

Cut through the crotch portion of the underwear from one leg hole to the other.
The underwear now forms more of a short sleeve that can be used as a Bandeau bra. 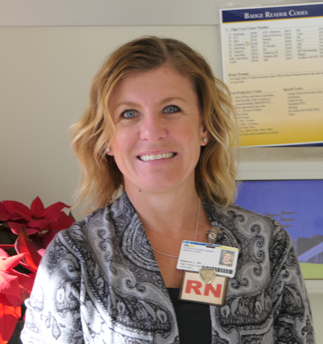 How long have you been a nurse and how long at MedStar?
Rebecca: 21 1/2 years as a nurse and 24 years at MedStar Franklin Square Medical Center. I was a prn medical tech while in Nursing school.

Why did you choose Nursing instead of other clinical positions?
Rebecca: My father was a medivac pilot and as a little girl listening to his stories I wanted to help people get better. I felt being a nurse provided direct contact to the person in need of help and care. (Interestingly enough, after my father retired as a pilot, he went back to school and became a nurse himself...after I did).

What would you do if you weren’t doing this?
Rebecca: Before the decision of becoming a nurse, I thought about being a flight attendant.

What recent experience made you laugh or smile at work?
Rebecca: The departmental holiday celebration. It was so nice to have fellowship with the entire department, let our hair down and enjoy each other's company. And as a leader, it was nice to see the smiles on everyone else's faces. 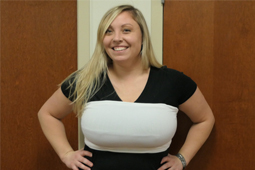