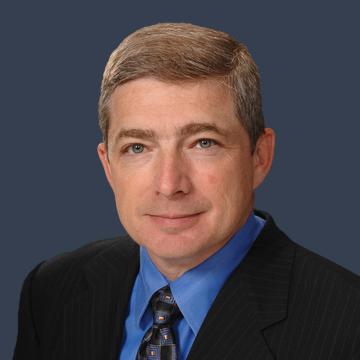 Mr. Cohen is a highly experienced “crisis manager” and policy “fixer,” with years of service at the highest political levels globally.  Currently, he is the Chief Executive Officer of PainScript, Inc., an investment stage “telemedicine” technology company seeking to improve patient treatment for substance use disorder (SUD) and other chronic diseases and he serves as Chair of the Board of Directors for the MedStar National Rehabilitation Hospital Network, a 129 bed, $142m annual revenue specialty hospital and is a member of the Strategic Planning subcommittee of the MedStar Hospital Network Board of Directors.

He is the founder and Chair of the US Abuse Deterrent Coalition, a “talk group” of over 30 Abuse Deterrence Formulations (ADF) “innovator” manufacturers, patient advocates and related organizations seeking to expand access to abuse deterrent/tamper resistant technologies in prescription opioids and is a Trustee of the Keystone Policy Center.

Previously, he served as the Executive Vice President, Government and Public Relations with KemPharm, Inc., a biopharmaceutical “Prodrug” company which develops and commercializes technology to create a diverse pipeline of therapeutics that target market opportunities in pain, attention deficit hyperactivity disorder and other central nervous system indications. Prior to that, he served as the Senior Vice President for Government Relations and Health Policy with EnteroMedics, an early-stage medical device company, he was part of the senior management team that led the successful 2015 FDA approval of the first new obesity medical device for consumers since 2001.

As the Consulting Head of North American Government Relations, he was responsible for public policy and governmental regulatory relations in Washington, D.C., and Canada for Grünenthal USA, a biopharmaceutical company which develops and commercializes ADF for opioid analgesics.

Formerly, as Managing Director/Global Government Relations for The Depository Trust & Clearing Corporation, he was responsible for leading government relation functions, including formulating the overall strategy, representing the DTCC before the U.S. Congress, European Parliament, Asian governments and their respective regulatory bodies.

Cohen has served in Washington, D.C., since 1979 and has experience in various senior-level government relations positions.  Prior to his current roles, Cohen served as a senior executive with several medical device and healthcare corporations, including US Oncology/McKesson, the largest U.S. national oncology physician provider network, and Inamed/Allergan, a medical device/aesthetics company.  In those positions, he established Washington, D.C., and global government relations functions, led the companies’ legislative policy and governmental regulatory relations program and was also responsible for managing public policy, investor relations, and political functions at the state, national and global levels.

Cohen was a principal at Loeffler, Jonas & Tuggey, LLP, where he managed several clients in healthcare including Purdue Pharma and Inamed, as well as the financial services industry including Citibank and the Economic and Trade Office of Hong Kong.  Earlier in his career, Cohen was the senior legislative liaison for the American Israel Public Affairs Committee (AIPAC), an Alternate Delegate of the United States to the United Nations, US Chairman of an international NGO and earlier served as Legislative Director for two Congressmen on Capitol Hill and in various campaign positions at the Presidential, Congressional, State and local levels.

Cohen has a bachelor’s degree in Sociology from Willamette University and earned a Master of Arts/Liberal Studies degree in International Affairs from Georgetown University.