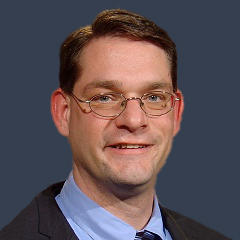 Greg Kalinsky serves as senior vice president and chief information officer of Government Employees Insurance Company (GEICO) with responsibilities for all IT operations and the company’s competitive advantage leadership group.

Before assuming his current duties at GEICO’s headquarters in Washington, D.C., in 2010, Kalinsky had served as GEICO’s regional vice president in San Diego since 2006.

Kalinsky began his career at GEICO in 1985 in the mailroom. At one time, he served as an attorney in GEICO’s Office of the General Counsel, specializing in matters involving employment and benefits law as well as general insurance issues. Early in his career, he took on management assignments in underwriting, sales and service, then went on to be a product manager and later headed underwriting activities in GEICO’s regional office in Fredericksburg, Va. He was elected an officer in 2002.