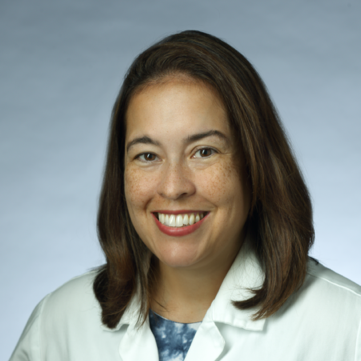 A 22-year-old male Jehovah’s Witness was referred to a MedStar hospital with a bloodless medicine and surgery program from a hospital where transfusion was the only treatment option offered to him. His hemoglobin upon admission was 3.7. He was evaluated by the bloodless medicine and surgery team and was found to be profoundly iron deficient (ferritin level 1mg/ml, transferrin saturation 3%). Iron repletion and other supportive therapy corrected his anemia and he was discharged from the hospital with a hemoglobin level of 7.6; one week after discharge his hemoglobin was 10.3.

One of the “pillars” – the key principles – of bloodless medicine and surgery is managing anemia appropriately without blood transfusion. Much has been learned about how well the human body adapts to anemia, so that even profound anemia is shown to be survivable.

The case of “Brian Chen” well illustrates this principle. Other key principles of bloodless medicine and surgery will be highlighted throughout the case report.

A 22-year-old male Jehovah’s Witness with two prior episodes of coffee-ground emesis and extreme pallor was evaluated at a MedStar hospital where no bloodless protocol or program was available. Before the care team was aware that the patient was a Witness, they recommended blood transfusion. When they learned that the patient was a Witness, they promptly transferred him to the care of the Bloodless Medicine and Surgery Program at Georgetown University Hospital.

A first priority in bloodless medicine and surgery is to identify and stop any active bleeding. This strategy is highlighted in the document “Clinical Strategies for Managing Acute Gastrointestinal Hemorrhage and Anemia Without Blood Transfusion”. This strategy sheet advises:

One month prior to admission, Mr. Chen experienced diarrhea and vomiting and thought the illness was likely due to a stomach virus. These symptoms appeared to resolve, but two weeks later, he experienced severe back pain. He took 200 mg of Tramadol, a mild narcotic, over 10 hours to help ease the pain. He then had an episode of coffee-ground emesis on the following day. Mr. Chen regularly took duloxetine for his chronic back pain and, in addition to this, had been taking about 600mg of ibuprofen, four times a day, for about a year.

By the time the patient was admitted to the ICU, his hemoglobin had dropped to 3.1. Despite this very low level of hemoglobin, his condition was stable; he showed no signs of confusion as he would have in the presence of lack of oxygen to the heart and brain. He showed signs of compensatory mechanisms due to his very low  hemoglobin. His pulse was elevated to 170-180. He showed no signs of active bleeding such as bloody stool. In view of his history of coffee-ground emesis, the care team suspected an upper GI problem. Taking these factors into consideration, the care team focused on stabilizing him, monitoring his vital signs every hour, and requested endoscopy and hematology consults (the latter because of his low platelet count).

The endoscopist did not agree to an exploratory procedure due to the patient’s very low hemoglobin. Although the risks of endoscopy are very low, since the patient had no buffer in case of an adverse event, endoscopy was postponed.

The hematology report came back negative for bone marrow disease. Lab tests revealed that Mr. Chen’s ferritin level was 1/mg/ml and transferrin saturation was 3%. These indicators of profound iron deficiency, along with the patient’s long- and short-term use of medications known to potentially cause bleeding as a side effect, were crucial for developing the treatment plan. As he did not show signs of active bleeding, the care team decided to wean the patient off his pain medications and administered folate, B12, IV iron, EPO and a PPI. He was given a single shot of 1000 micrograms of vitamin B12 and one 250 mg dose of IV iron daily for six consecutive days. He responded well to this protocol and his hemoglobin began to rise, indicating that his reticulocyte production was normal.

Within a few days it was clear that Mr. Chen’s urgent issues were being addressed effectively. His pallor, energy, and mood improved, and his hemoglobin continued to rise. It may require 24-48 hours for a patient to respond to iron supplementation, and the hemoglobin level may plateau and then suddenly jump. Mr. Chen’s hemoglobin at discharge was 7.6; one week after discharge it was 10.3, confirming the appropriateness and effectiveness of the treatment plan. Follow-up endoscopy after his discharge revealed eosinophil enteritis, a chronic auto-immune system disease that causes GI illness.

At most healthcare facilities, this patient would have been given a blood transfusion immediately. It has happened more than once that a patient in his condition has been told that without a transfusion they would die. In addition to violating the patient’s conscientious stand, blood transfusion would have raised the patient’s hematocrit only temporarily, and would have exposed the patient to the risks of transfusion without addressing the underlying issues of extreme iron-deficiency anemia and iatrogenic bleeding. Tolerating this otherwise stable patient’s low hemoglobin until the underlying cause of his anemia could be diagnosed and addressed led to optimal care.

No measures were taken by the bloodless care team that the first hospital could not have provided, had they been trained in bloodless medicine and surgery.