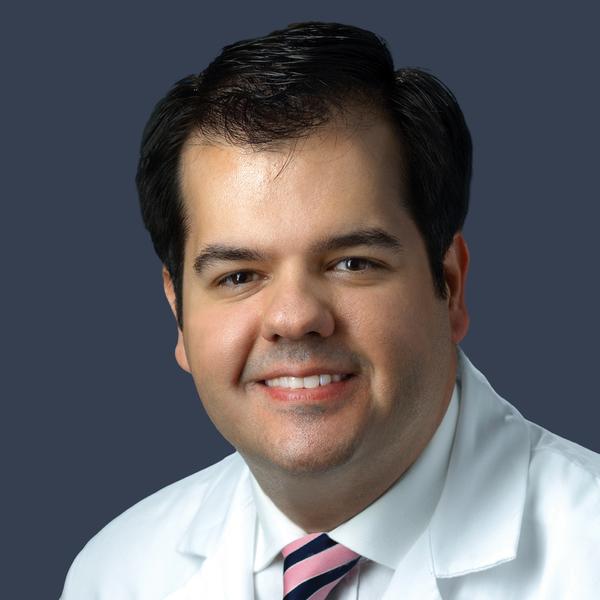 Internal Medicine, MedStar Washington Hospital Center
"I Wanted to Be a Physician Because Something in My Heart Told Me That's What I Was Meant to Be."

Born and raised in Brazil, Dr. Guandalini has always had a passion for research and a knack for mixing science and mathematics. He started his career studying the complexity of cancer tissue using fractal geometry principles, which brought him to the Armed Forces Institute of Pathology, in Washington, D.C., as a research fellow at the Division of Biophysics. Guandalini served as chief resident during his final year at MedStar Washington Hospital Center, an experience he says did a lot for him.

"I wouldn't say being a chief resident didn't make me a better physician but in reality, it made me a better person in a broader sense. This role is so much more than just working with patients—working with teams, leading teams, and being in a managerial role makes it a much more challenging experience. In addition, being in closer contact with the higher administration makes you think about your job in a much, much broader sense.”

He says his drive to become a chief resident was the aspiration to work as an educator and to teach other people. "It is a very unique opportunity to get paid a whole year to be studying and teaching. I don’t think that’s something I’ll ever have a chance to do again."

Mentorship played a big role as well. "People came to my office sharing anxieties and fear. I’ve been there myself, so being able to coach them, counsel them somehow—that’s very satisfying as well. When someone came crying and left smiling, knowing I made a difference in someone’s life – this is the most gratifying part of the job."

His drive to be a physician, he says, was emotional — he just knew —but "intellectually speaking I am more biological sciences (mathematics)". Dr. Guandalini's research interest is in heart arrhythmias or, as he puts it, being an "electrician of the heart." He starts a three-year fellowship program in cardiovascular diseases at New York University this fall. After that, he says, “there’s about five more years of training ahead of me. I’m a foreign national, so during this time I will be figuring out if I’m going to stay in the U.S. I have to be ready for any change of path, but regardless of where life will take me, I’d like to be in an environment that is very research-oriented, which is what brought me to the United States in the first place.”