Battling Back From Colon Cancer 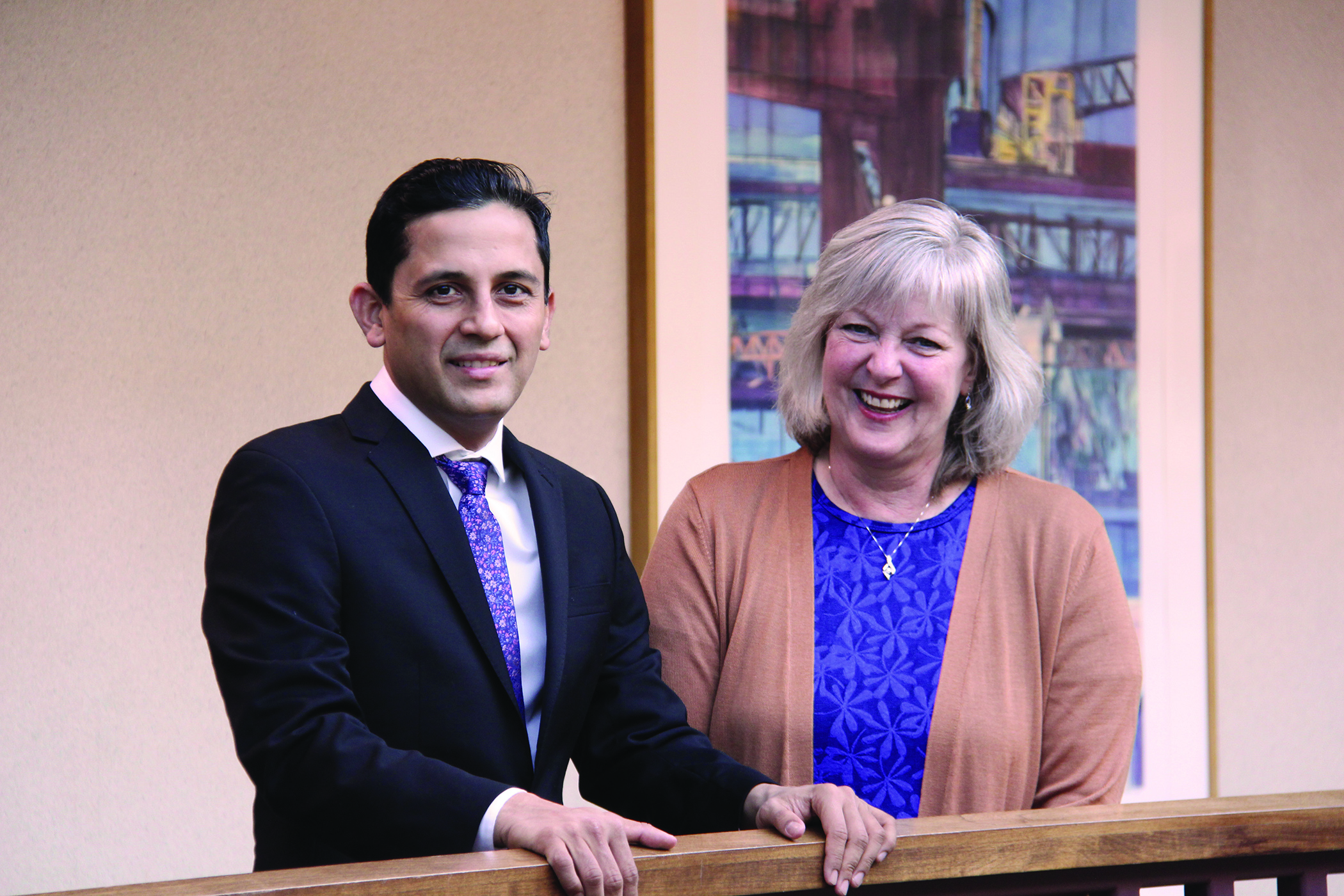 Virginia Wills had much to celebrate in 2017: her daughter was married and she welcomed her first grandchild. But just about a year earlier, she was beginning a battle to save her life.

In August 2016, Virginia had a colonoscopy and when she awoke from the procedure, the news was not good – her doctor sent her directly to MedStar St. Mary’s Hospital due to a large tumor discovered in her colon. She was quickly referred to colon and rectal surgeon Tushar Samdani, MD, with the thought that surgery would soon follow.

“Dr. Samdani ordered a CT scan and it was discovered the cancer had metastasized to my right lung,” said Virginia, of Waldorf. A few days later he informed her that biopsy results showed she had Stage IV cancer. “Literally, it just knocks the wind right out of you,” Virginia said.

Dr. Samdani immediately coordinated care for Virginia and in less than a week, she was beginning chemotherapy. Following six rounds of treatment, she had surgery on her right lung in November at another hospital and approximately a month later, Dr. Samdani removed the tumor in her colon — along with 27 lymph nodes – at MedStar St. Mary’s.

Virginia was 54 when her journey started, had undergone a previous colonoscopy a few years earlier that showed no problems, and had no family history of colon cancer.

“I took my health for granted,” she said. “You never really know how good you feel, until you feel very bad.”

Virginia admits that recovery was not easy. Following the surgeries to remove part of her lung and colon and two rounds of chemotherapy lasting six sessions each, it has taken time to regain her stamina.

“At least I got to go through it, many people don’t get that chance,” she said. “I credit Dr. Samdani — and all of my other doctors — for me being here today.”

And best of all, she was able to celebrate the birth of her grandchild and attend her daughter’s wedding.

“It was such a wonderful affair,” Virginia said, “in so many ways.”

On the Rise in Younger Patients

Dr. Samdani says about 10 to 15 percent of his colon cancer patients are younger than 50, the recommended age many people have their first colonoscopy.

“Many times younger patients are not properly diagnosed,” he said, “often because this is the age they want to do a lot of other things and they neglect their own health, and they are not referred by a primary care physician.”

Anyone having symptoms such as bleeding from the rectum, change in bowel movements, or weight loss, should make an appointment with their physician or a gastroenterologist, he said.

“The truth is, no one wants to get a colonoscopy, it is not a pleasurable experience, but it could save your life.”