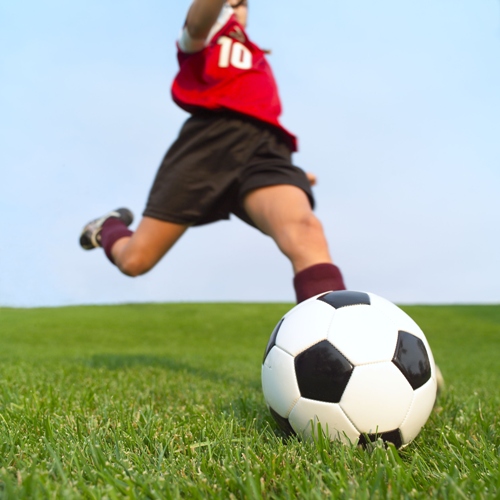 PINKconcussions and Georgetown University Medical Center will host the first summit to explore gender differences of female brain injuries including symptoms, treatment and recovery to develop a better model of care on Feb. 27 in Washington.

WASHINGTON (Feb. 12, 2016) — When physicians, researchers and scientists gather at Georgetown University later this month, they will tackle what they say is an underappreciated medical issue: brain concussions in girls and women.

Much research has been focused on concussions in male athletes, such as football players and boxers. Sex differences that affect the risk of concussion and the outcome after a concussion have had little study and even less national attention. But existing evidence is convincing enough that the American Medical Society for Sports Medicine released a 2012 position statement, declaring that in sports that are played the same way, female athletes sustain more concussions, have symptoms that are more severe and take longer to recover than their male counterparts.

Melissa Coyne knows what a sports-related concussion can do. She’s had three, but the first was the worst, says Coyne, who is director of games administration at US Lacrosse in Baltimore. It happened in 1995 when she was 16 years old in high school, playing basketball before her Lacrosse season started.

“I was going to save a ball from going out of bounds, and I had turned my head and thrown the ball and hit the wall,” Coyne says.

She was completely knocked out. And she didn’t feel right for about the next half year. The concussion “had a big effect on just every day-to-day thing — like reading, taking tests, not being able to sleep well, having my mood and appetite change.

“I think I wasn’t quite sure if it was all related to concussion, though my doctor told me it was,” Coyne says. “I had really serious sensitivity to loud sound and bright light for a while. Things like that I don’t think I was expecting — I don’t really think I had the first clue about what a concussion really could do.”

The second concussion happened later in high school and the third occurred when she was an undergraduate at the University of North Carolina at Chapel Hill — both while playing Lacrosse. Neither was as severe, but from the symptoms, she knew she had concussed. Coyne was out for a week after the second concussion and kept quiet about the third one about because she wanted to keep playing. “Even though I knew I had a concussion and wasn’t at 100 percent, I was going to play.”

As with many females who report a longer recovery after a concussion, Coyne’s experience illustrates the issues that the Georgetown meeting — the International Summit on Female Concussion and TBI (traumatic brain injury) — will be discussing. The Feb. 27-28 conference, the first known scientific meeting to discuss concussions in girls and women, will feature presentations and workshops with at least three dozen researchers, and will also host panels of sports reporters and female athletes who have had multiple concussions. The event is co-hosted by Georgetown University Medical Center and the non-profit advocacy group PINKconcussions.

Researchers aim to understand what is known and what isn’t in the clinical presentation and outcomes of concussions in girls and women, not only through athletics, but as a result of domestic violence, military combat and accidents.

Their goal is to develop a “white” paper on what gender-specific clinical practices and safety protocols should be researched as well as possible new strategies to treat females with concussions.

“The concussion research conducted to date on sex differences shows females on average have different injury rates, symptoms and rates of recovery than men." says Katherine Snedaker, a Connecticut clinical social worker who founded PINKconcussions, the first organization in the world to focus on solely on females with concussions from sports, abuse, accidents and military service. “Yet the medical community does not yet have any sex-specific guidelines, protocols or resources for females with concussions.”

Snedaker says that because females appear to need longer time to recover than males, they should be educated about this possibility in order to reset their expectations, and line up medical and social support if needed for a longer recovery.

Snedaker became interested in the issue of concussion recovery not only because she says she has had a “double digit” number of concussions — from field hockey, car accidents and other accidents that each resulted in 6-8 weeks of headaches — but because her son was concussed when he was in the sixth grade and experienced post concussion syndrome for two years.

Her son’s experience led Snedaker to lead a city-wide concussion plan which tracks concussions across all 11,000 school children; she also helped get concussion guidelines enacted for all youth sports in her hometown of Norwalk, Conn. Data she and school nurses have collected demonstrates a high prevalence of concussions in girls. “While we have found that fewer girls play sports compared with boys, for the last year-and-a-half of collection, the girl athletes have concussed at twice the rate as the boys,” she says.

Snedaker says the Georgetown summit will “be an educational event for those who attend,” and she hopes the researchers will develop “recommendations on what gender-specific clinical practices and safety protocols should be researched and/or implemented to best treat females with concussions.”

“We want the smartest people in this country and Canada on this subject to talk about their data, their ideas, the need for research on the issue of concussion in women,” says David Milzman, MD, associate dean and professor of emergency medicine at Georgetown University School of Medicine and an emergency physician at MedStar Washington Hospital Center.

“There is very little solid data now about sex in concussion presentation or outcomes. It is not clear there is a difference — and that is why we need to investigate it,” says Milzman, the scientific chair of the summit.

If differences do exist, it may be due to a number of reasons, he says, including fluctuations in the estrogen cycle and lower body mass and musculature supporting the neck and head.

Georgetown neuroscientist Mark Burns, PhD, says that one reason so little is known about female concussions is that, until recently, basic research has been limited to male animal models.

“In the last few years, there has been a growing awareness of fundamental differences between males and females,” says Burns, who leads Georgetown’s Laboratory for Brain Injury and Dementia. “The basic view for many, many years was always, ‘We’re all the same except for our reproductive systems,’ and that’s turned out to be just plainly not true. That understanding has led the National Institutes of Health to push for basic research that uses both male and female animals.”

Burns, who is also helping to organize the conference, plans to present data on inflammatory differences in male versus female mice after brain trauma. “We can see already that there are differences in behavior, inflammatory responses in the brain and the amount of cell death that occurs.

“If and when we discover sex differences in concussions, we can use our male and female mice to go back and try to figure out the mechanisms of action,” Burns says.

“For me, the most exciting part of the summit is the prospect of sitting down with preclinical and clinical researchers, discussing gaps in knowledge and identifying a roadmap to direct scientific research and improve patient treatment.”