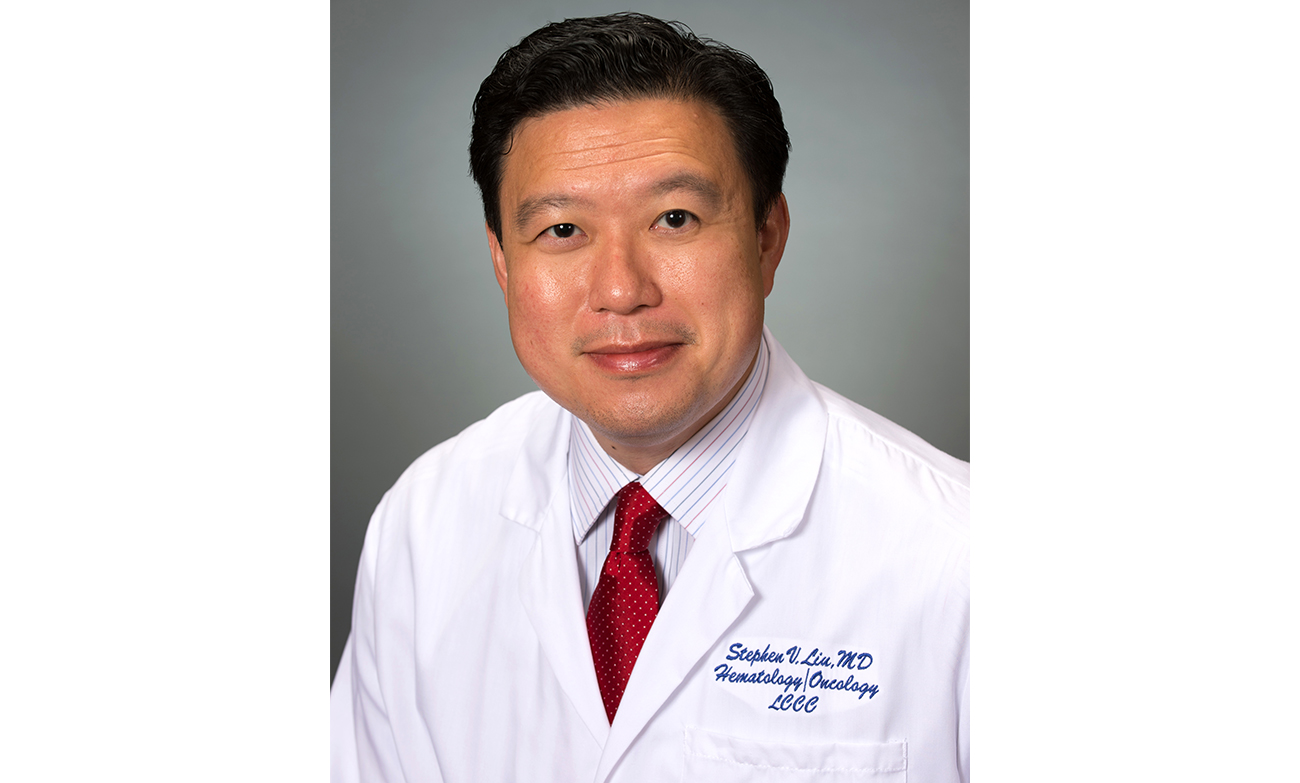 The U.S. Food and Drug Administration’s approval today of atezolizumab (Tecentriq®, Genentech) in combination with chemotherapy for the initial treatment of extensive-stage small cell lung cancer (SCLC) marks the end of numerous failed attempts to improve survival for people with the deadly disease.

“This is monumental for lung cancer patients,” says Stephen Liu, MD, an oncologist at MedStar Georgetown University Hospital who specializes in treating lung cancer and co-led the clinical trial leading to today’s approval through the Georgetown Lombardi Comprehensive Cancer Center. “Atezolizumab allowed us to achieve what for we thought for decades was beyond reach: an improvement in survival for these patients.”

“Since the 1980s, our standard treatment for small cell lung cancer has been platinum-based chemotherapy. This regimen reliably provides an initial response that is often dramatic, but almost always short-lived,” says Liu.

The regimen of carboplatin, etoposide and atezolizumab was first explored in an investigator-initiated trial at Georgetown Lombardi in 2016. It soon gave way to the global phase III IMpower 133 trial. Liu and Leora Horn, MD, of Vanderbilt University Medical Center, served as co-principal investigators of the study.

Results were first presented by Liu at the World Conference on Lung Cancer in September 2018 and simultaneously published in The New England Journal of Medicine.

The international, randomized, double-blind, placebo-controlled trial, compared standard chemotherapy alone or given concurrently with atezolizumab, an anti-PD-L1 antibody. The addition of atezolizumab extended overall survival for a median of 10.3 months to 12.3 months without notably increasing side effects. As of now, there has only been about one year of follow-up so the full potential of atezolizumab is not yet known, Liu says.

“In the context of over 40 failed phase III clinical trials, the improvement in survival seen with atezolizumab represents an important achievement,” Liu says.

“As SCLC is an unforgiving disease,” says Liu, “our first attempt at treatment is often our only chance to impact the natural history of this highly lethal cancer.”

The National Comprehensive Cancer Network (NCCN) has added atezolizumab to its treatment guidelines as the preferred treatment for extensive stage SCLC.

“With the addition of atezolizumab to chemotherapy, we have finally moved the needle in SCLC,” says Liu. “It is now our charge to build upon these results and ensure that the next major advance is not another 20 years away.”

Click the video below to watch Dr. Stephen Liu talk about cancer of the lung, head & neck and explain why getting involved in clinical trials for these conditions can be of great benefit for some patients, regardless of the stage of their disease.