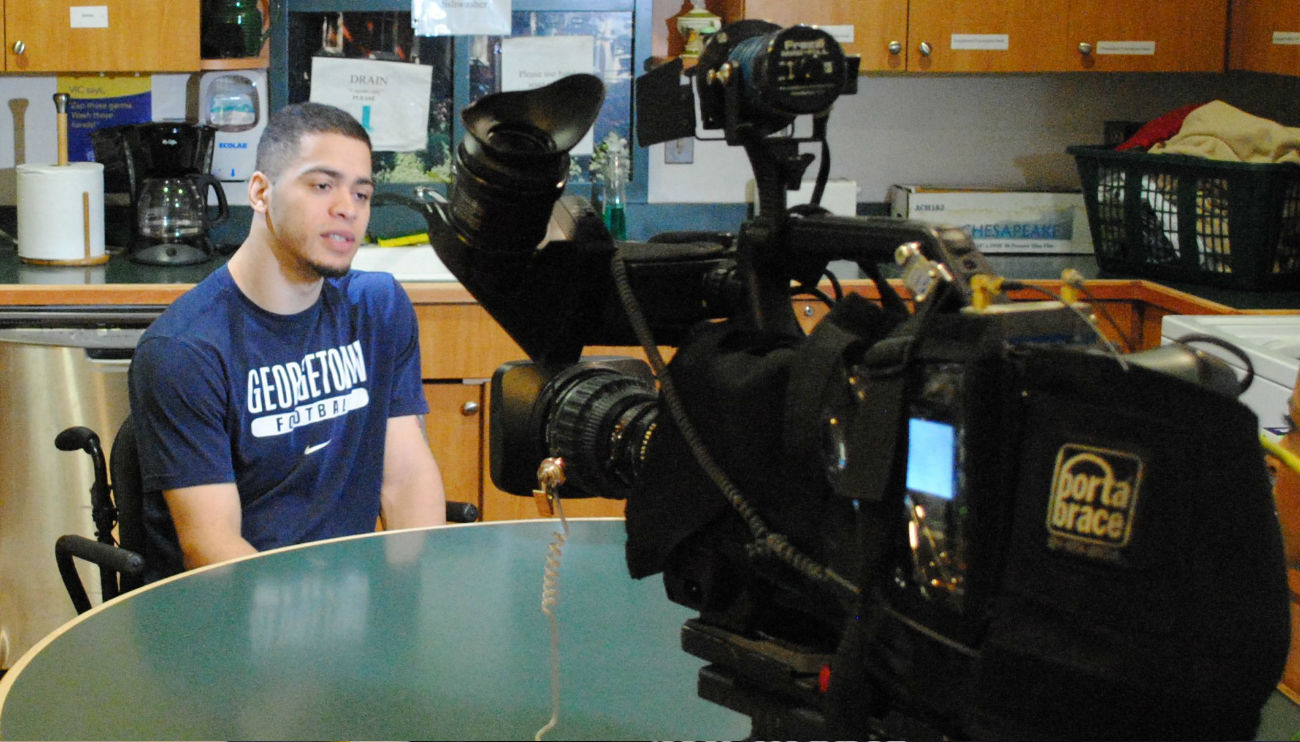 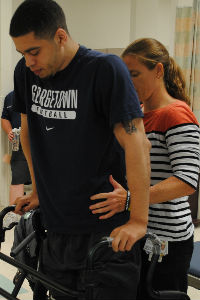 Williams told NBC4’s Nicole Jacobs he remembers the moment very well. “It was the fifth or sixth play of the game, maybe near the 10-yard line,” he said. “I heard a snap and a tingle.”

He put his head down for a tackle and his rammed right into an opposing player’s pelvis. The result was a C6 neck injury and paralysis.

MedStar NRH Network Physical Therapist Katie Seward has been working several hours a week with Ty since he came to Irving Street for physical therapy. He is slowly beginning to gain back some finger control, his arms and a lot of upper body strength. “My core is coming back – my abs, obliques,” adds Ty.

The 23-year-old is determined with great positivity that he can do anything. He does not look back, only forward. “I don’t want to let the chair decide what I want to do,” he told NBC4. “I want to decide what I want to do.” Seward agrees with that assessment adding that Ty has an excellent support system around him. “He has a very positive attitude and that has really helped him through his physical therapy,” said Seward.

While Williams continues his physical therapy he will continue to work towards his undergraduate degree before he embarks on a Master’s in sports management at Georgetown.

Watch the clip from NBC4/WRC-TV here.