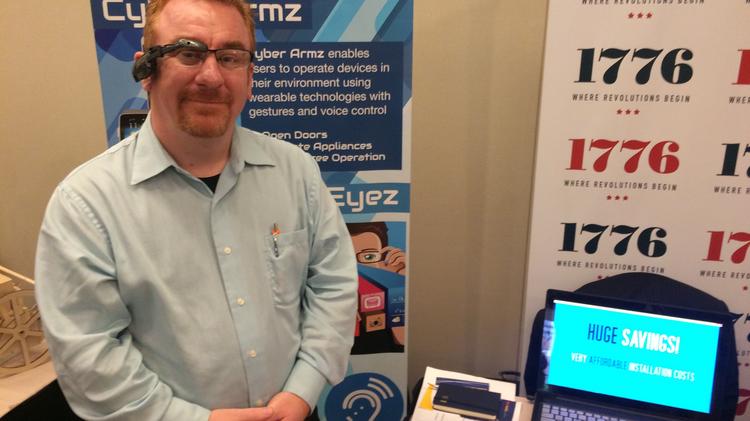 MedStar recently teamed up with the U.S. Department of Health and Human Services in an early step to change that dynamic.

Hosting an event called “Making Health” at Georgetown University, the two organizations said they wanted to highlight the potential impact the “maker movement” could have on health care. Loosely defined, the “maker movement” is an umbrella term for the independent inventors, designers and tinkerers who are creating and selling self-made products.

“What can we do to shine a spotlight on what these individual inventors can do?” said Susannah Fox, chief technology officer at Health and Human Services. “We need to open more doors and windows to let them know we want innovation to happen. We just want it to happen safely.”

The event felt like a science fair for adults.

Dozens of inventors from MedStar, the Food and Drug Administration, the National Institutes of Health, local incubators and individual small businesses set up at tables to show off examples of their creations. At one table, an entrepreneur showed how his company’s application for Google Glass allows visually-impaired users to read text. Another showed off a smartphone application that could diagnose malaria by counting red blood cells seen under a microscope. One participant created a shirt with a blinker system sewn into its back to protect bicyclists riding at night.

“This is for tinkerers,” Smith said, looking around at the flurry of activity in the hotel conference room at Georgetown’s Leavey Center.

Data is easier than ever to access, technology has created more open-source platforms and 3-D printers allow individuals with an idea to easily construct prototypes of ideas they’ve dreamed up. “We’re witnessing the democratization of ‘making’ because the tools out there allow people to make stuff so much faster,” Smith said.