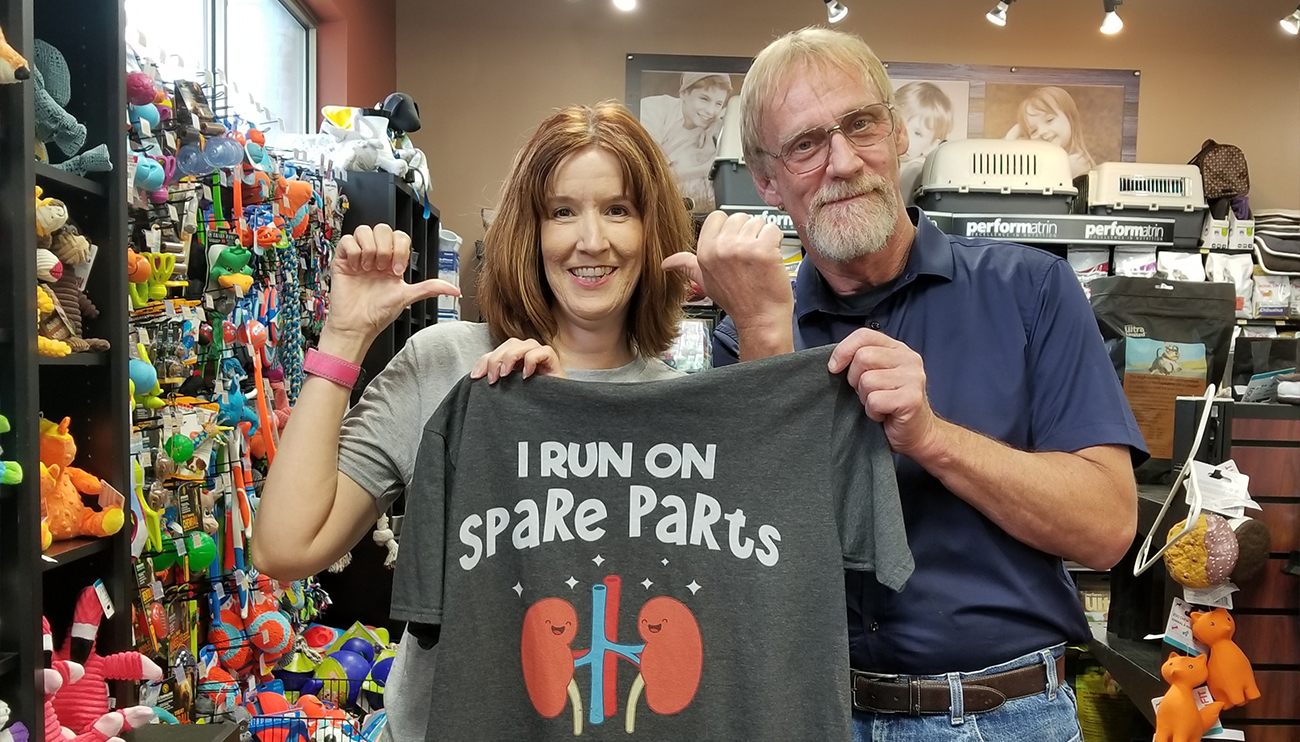 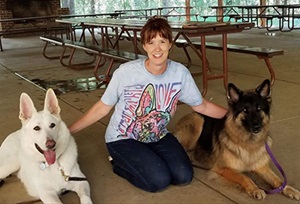 (Washington, D.C.,)  A mutual passion for rescuing animals has led to a successful living kidney donation between two dog lovers from Maryland.

Gary Simmont, 64 of Pasadena met 49 year old Laurel Weetall of Germantown through a German Shepherd rescue group a few years ago.   Simmont has three German Shepherds and has fostered several, sometimes nursing them through their final weeks of life. Weetall has volunteered as a photographer at numerous pet adoption events, capturing the faces of shelter animals looking for permanent homes.

“I love animals and photographing them is something that helps them get seen and potentially rescued into a forever home,” says Weetall. “I will do whatever I can to help an animal.” 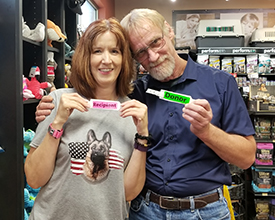 Luckily for Weetall, Simmont feels the same way about people.

When Weetall shared publicly with her Facebook friends that she needed a kidney due to a painful condition called PKD or polycystic kidney disease, Simmont came forward.

“I had no idea you could donate a kidney,” says Simmont who rehabilitates cars at his collision repair center.  “I saw what she was going through and I wanted to help. I found out that the risks are minimal to me and the benefits to her were so huge.  It was not a tough decision.”

Weetall was diagnosed with PKD in her mid-thirties.  “I had been living with extreme pain for 13 years,” she recalls.  “I was always so sick; I know people could see it in my eyes.”

Simmont had donated platelets dozens of times and was listed as an organ donor on his Maryland driver’s license but had not previously considered living organ donation.

“Due to the complexity of a planned removal of both enlarged and painful kidneys and live donor kidney transplant, Laurel chose MGTI as one of the few centers in the United States to offer this combined procedure,” says Dr. Cooper.  “The cooperative expertise of myself and Dr. Ghasemian helped us work together to safely and successfully complete this operation.”

In an operating room right next door, Jennifer Verbesey, MD, director of the Institute’s Living Kidney Donor Transplant Program, was working to remove Simmont’s kidney. It was then carried into Weetall’s operating room where Dr. Cooper finished the transplant.

“With more than 90-thousand people on the waiting list for a kidney in the U.S. today, we explain to our patients that receiving a kidney from a living donor is really the best option for them,” says Dr. Cooper.  “Organs from living donors last longer, the transplant can usually be done sooner and can be scheduled at their convenience, rather than waiting for an organ from a deceased donor. In Laurel’s case this genetic disorder meant that she would eventually need a new kidney. “

“Our kidney donors are amazing people for giving of themselves in this way,” says Dr Verbesey. We encourage people who need an organ to feel empowered to discuss what they’re going through with their family members and friends who might just be willing to come forward. Organ recipients can find their donors in so many different ways.  I think this shows the level of altruism among people who just have that spirit of wanting to help when people or animals need them.” 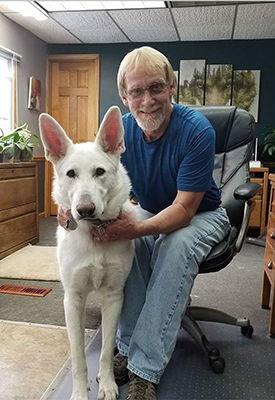 “Saying ‘thank you’ to Gary hardly seems like enough,” says Weetall.  “We both have a strong passion for saving animals and I think he just has rescue in his heart. He rescued me. He gave me the gift of life.”

When Simmont saw Weetall two months after the transplant he couldn’t believe her transformation.

“To see her was really a moving thing. She had good color in her face; she just looked different,” says Simmont. “She didn’t look tired or drawn out and she told me, ‘I’m not in constant pain, thanks to you.’ “

As a thank you, Weetall made Simmont a photo book of all his dogs including Sam, his prized white shepherd.

“It was an incredible journey says Simmont. “ I didn’t want to focus on the magnitude of the gift I gave her.  My inconvenience was so minimal compared to the new life she has in front of her.”