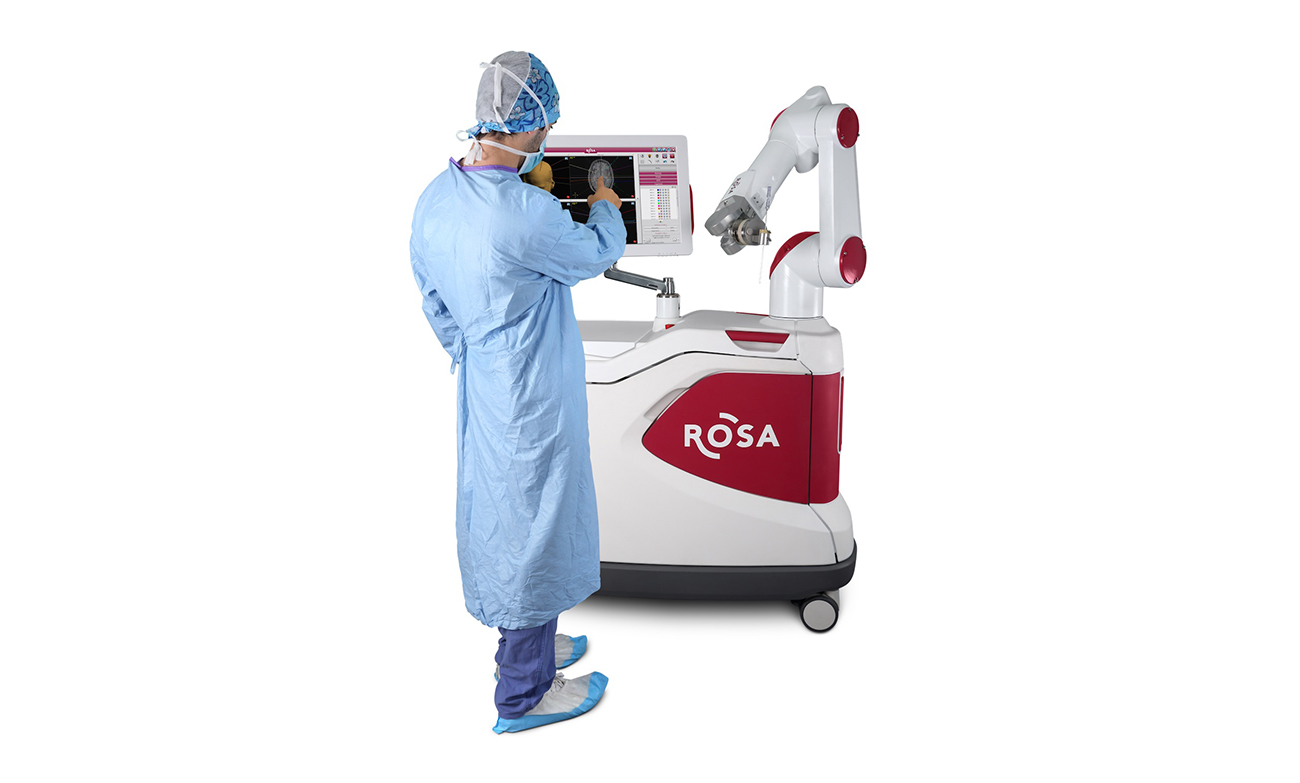 (Washington, D.C.,) - Epilepsy patients looking for a minimally invasive alternative for brain surgery have a new option thanks to a novel tool that lets surgeons perform brain surgery with the help of a robot.

MedStar Georgetown is the first and only center in the Washington, D.C., area to offer this new option for adults with epilepsy.

ROSA Brain™ is a surgical navigation and positioning system using robotic technology that allows surgeons, through a tiny three millimeter opening in the skull, to place electrodes, which detect seizures in the brain.  Traditional methods require a more invasive craniotomy and shaving a patient’s head.

“About 30 percent of patients with epilepsy don’t respond to medication,” says Christopher Kalhorn, M.D., FACS, neurosurgeon and surgical director of the Movement Disorders Program and the Epilepsy Program at MedStar Georgetown University Hospital.

“For this group of people who don’t respond to medicine and for whom debilitating seizures are a daily threat, surgery can be a good option for eliminating their seizures.”

The surgeon uses ROSA Brain and its planning software to create a 3D map of the patient’s brain and plan out the pathways needed to carry out the procedure. ROSA Brain is aligned to the trajectories outlined by the surgical plan, and the surgeon carries out the surgery using the robot as a guide. ROSA Brain provides robotic alignment of the planned pathway which allows the surgeon to access deep brain targets for the placement of electrodes, all without a craniotomy.

“Conventional brain surgery for epilepsy requires a craniotomy, which is the surgical removal of part of the bone from the skull to expose the brain,” says Dr. Kalhorn.

This common surgery is invasive and can lead to long recovery times.

“Using Rosa Brain through a tiny opening in the skull, I can offer a much less invasive option for my patients who recover quicker and with less pain than before.” 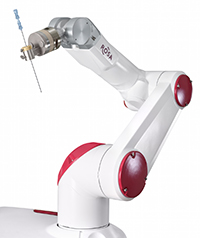 According to the U.S. Centers for Disease Control and Prevention 3.4 million Americans either take medication to try to control seizures, or have had at least one seizure in the past year.

“The beauty of this technology is while it’s mainly used for epilepsy surgery, it can also be used for other brain surgeries like biopsies, endoscopic brain surgeries as well as Deep Brain Stimulation (DBS) for Parkinson’s disease and other movement disorders,” says Dr. Kalhorn.