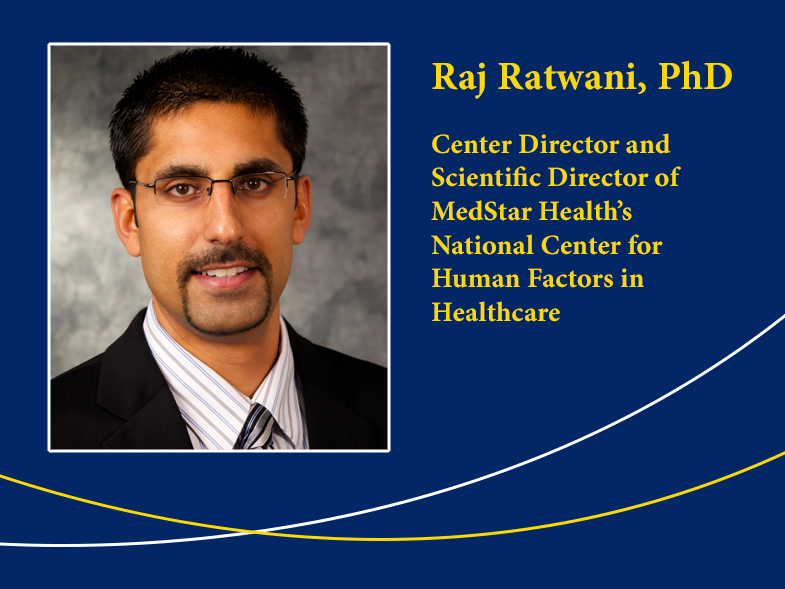 WASHINGTON, D.C., — Specific types of electronic health record (EHR) usability issues are associated with a variety of potentially serious patient harm events, according to a study released by MedStar Health researchers with the National Center for Human Factors in Healthcare.  This study, which was published today by the Journal of the American Medical Association, is the first one of its kind to reach this conclusion, and it underscores the need for more and better collaboration among EHR vendors, providers and health systems, and other stakeholders, as well as a reexamination of federal policies for improved usability.

The study is based on an analysis of 1.735 million patient safety event reports, which are self-reported by clinicians, from the Pennsylvania Patient Safety Authority and a health system located elsewhere in the mid-Atlantic. The researchers found 557 incidents (0.03 percent) of possible patient harm, based on the reports containing language that explicitly mentioned a major EHR vendor and suggested EHR usability was a contributing factor.

Raj Ratwani, PhD, is the senior author and serves as the Director of the Human Factors Center. This study’s lead author is Jessica Howe, MS and coauthors are Katharine Adams and A. Zachary Hettinger, MD.

“There’s no question that electronic health records have clear benefits for clinicians and patients, and can improve the care process. However, nearly all healthcare systems have adopted an EHR and this technology has introduced some new risks to patient safety, as our study has shown,” said Dr. Ratwani. “Our view is that even one patient harm event that stems from EHR usability issues is unacceptable. These are solvable issues, and we are committed to improving EHR usability and patient safety.”

Researchers focused on reports that explicitly mentioned one of the top-five EHR vendors (by market share) and reportedly resulted in patient harm. The analysis identified a) if a usability issue was involved, and if so, what it was, and b) the clinical process that was involved in the safety event.

This research reinforces the need for collaboration across all stakeholders in the development, implementation and oversight of EHRs. Dr. Ratwani and partners at MedStar Health are committed to helping shape the future of EHR platforms to improve usability and help reduce the risk for patient harm. This action includes the call for greater collaboration between EHR vendors and providers to improve design and use, implementation of oversight policies as defined in the 21st Century Cures Act and development of additional research into usability and safety challenges looking at a broader sample.

About the National Center for Human Factors in Healthcare

The National Center for Human Factors in Healthcare occupies a unique position in the United States as the largest human factors program embedded within a healthcare system. It brings together human factors scientists, systems safety engineers, health services researchers, and clinicians to conduct safety science and applied research in medicine to improve safety, quality, efficiency, and reliability. The center is part of the MedStar Institute for Innovation and is affiliated also with the MedStar Health Research Institute. MedStar Health, the parent organization, is the largest not-for-profit healthcare provider in the Maryland and Washington, D.C., region, with 10 hospitals and an extensive ambulatory services network, and is the medical education and clinical partner of Georgetown University.

Dr. Ratwani is the Center Director and Scientific Director of MedStar Health’s National Center for Human Factors in Healthcare and is an Assistant Professor of Emergency Medicine at Georgetown University’s School of Medicine. His research is focused on improving the usability and safety of health information technology.

In addition to his research efforts, he works to inform health policy. He has testified in front of, and advised, the U.S. Senate Health, Education, Labor and Pensions (HELP) committee and several other federal advisory committees focused on improving health information technology safety and accessibility for patients. He has been selected to serve on the 21st Century Cures Act Health Information Technology Advisory Committee to advise the Department of Health and Human Services.

He holds a PhD in Human Factors and Applied Cognition and B.S. in Cognitive Science. He was a National Research Council postdoctoral fellow at the U.S. Naval Research Laboratory.