Nick Cortina “It is still so vivid. He was so unbelievably small and fragile. We are incredibly grateful to the NICU.” 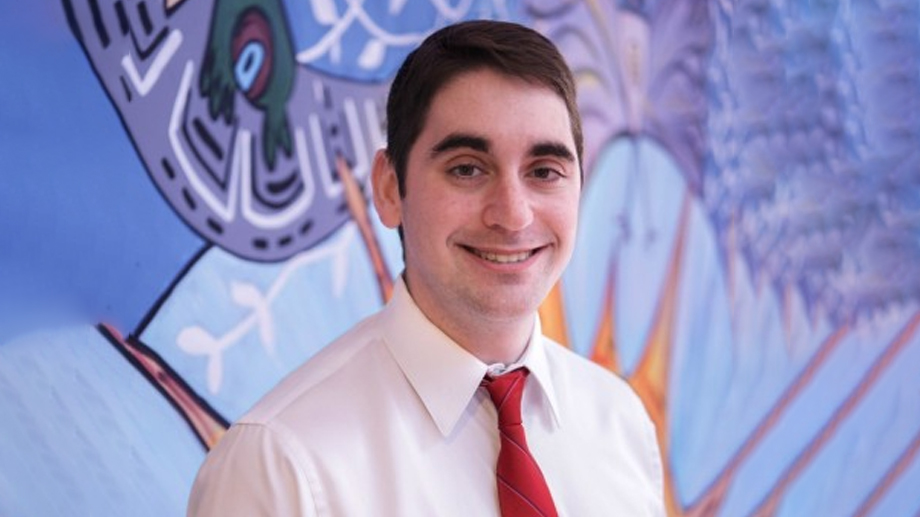 When Nick Cortina was born three and a half months prematurely, he weighed one pound, 11 ounces and fit in the palm of his father’s hand.

He spent the first 100 days of his life in the neonatal intensive care unit (NICU) at MedStar Georgetown University Hospital–one of the best NICUs in the country. The care he received in those early days of his life, combined with multiple surgeries and quality medical care during childhood helped him avoid the most serious complications of his premature birth.

“I am here today because of the lifesaving efforts of the extremely dedicated, selfless doctors, nurses, practitioners, and staff who cared for me and helped me leave the hospital as healthy as possible,” Nick said. Not only is he grateful for his life and his health, but “those same caregivers gave vital moral support to my parents as they rode an emotional roller coaster that hinged on every ounce I gained or lost.” The combination of exceptional medical care and compassionate caregiving made all the difference for the entire Cortina family.

Nick’s gratitude is profound, and he continues to visit the NICU at MedStar Georgetown to support and inspire families–some of whose babies are even smaller than he was at birth. He wants them to know that even the tiniest newborns can lead lives as successful as his.