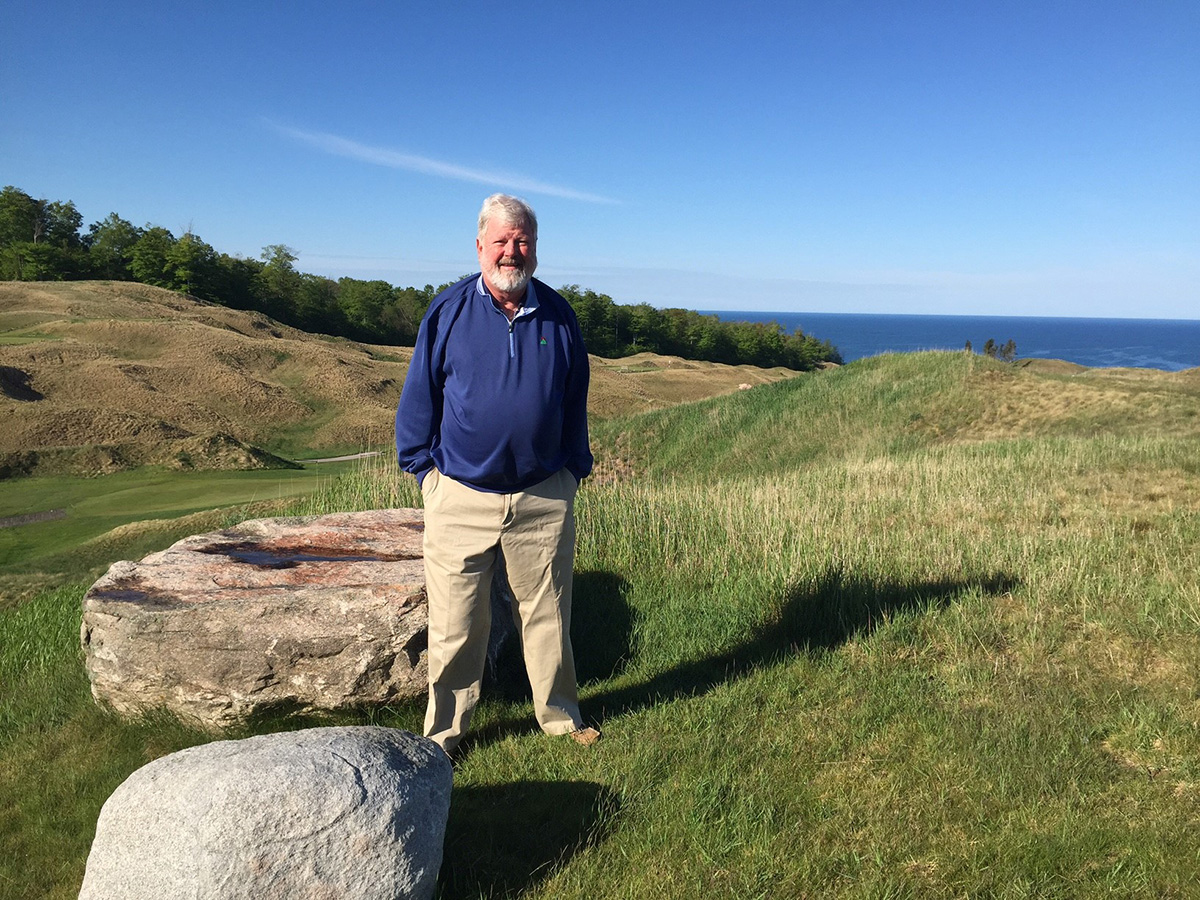 Ever since a potentially fatal bleeding ulcer blindsided John Freshman a decade ago, the government relations specialist has kept a wary eye on his health. An endoscopy became an integral part of John’s annual checkups, giving his gastroenterologist a close look at his patient’s upper digestive tract and reassuring John that he wouldn’t again become the unwitting victim of his family’s history of digestive disease.

That precaution was especially important since John already had Barrett’s esophagus, also known as Barrett’s disease, an uncommon, precancerous condition in which some of the cells lining the esophagus—the tube that connects the mouth to the stomach—morph into cells normally found only in the intestine.

Physicians aren’t exactly sure what triggers the transformation, but constant irritation from gastroesophageal reflux disease (GERD) tops the list of suspects. Up to 15 percent of people with GERD will develop Barrett’s disease but, without an endoscopy, most will never know it. Barrett’s esophagus itself has no symptoms.

When Barrett’s esophagus is stable, it poses a relatively low risk of turning into esophageal cancer. In many cases, though, Barrett’s rogue cells mutate into a more menacing state called dysplasia, greatly upping the odds. If dysplasia continues its downward path, esophageal cancer is soon only one small step away.

In 2011, John’s annual endoscopy revealed distressing news: his Barrett’s condition had crossed the line from harmless to threatening.

“After 15 years of living with Barrett’s without a problem, all of a sudden I was at great risk of getting the worst form of cancer I know of,” says 69-year-old John. “And I was damned scared. But my gastroenterologist reassured me, saying, ‘I’m sending you to MedStar Georgetown University Hospital and the best, most experienced Barrett’s specialist around—John Carroll, MD.’”

MedStar Georgetown is home to a highly respected Gastroenterology Department that treats the largest volume of patients with Barrett’s esophagus in the region. In 2007, it became the first in the area to adopt the latest treatment for Barrett’s— radiofrequency ablation (RFA)—which has been successfully used on more than 500 patients to date.

“RFA works by using heat to destroy Barrett’s precancerous cells,” explains Dr. Carroll, a gastroenterologist who specializes in endoscopic procedures. “It’s most effective against advanced dysplasia and/or when precancerous cells cover a large portion of the esophagus. Unfortunately for John, he met both criteria, with nearly 75 percent of his esophagus affected.”

A mere week after meeting Dr. Carroll, John began RFA treatment, which typically takes three sessions to burn away all aberrant cells. Performed under full anesthesia, each outpatient procedure lasts about 30 minutes, and is repeated every three months to allow the esophagus to heal between sessions.

Before RFA, doctors could do little more than watch and wait until dysplasia turned cancerous, and then they could act. But with few effective treatments, many patients faced major surgery to remove and then reconstruct all or part of the esophagus. By targeting the earlier dysplasia, RFA actually prevents the development of cancer.

That was certainly John’s experience.

“I can’t begin to tell you how lucky I feel,” he says today. “After four RFA treatments, my esophagus was totally clean and it’s remained that way ever since. Even better, no one expects the dysplasia to come back. Dr. Carroll and MedStar Georgetown were just wonderful. They saved me from a bad cancer. I owe them my life.”

For more information visit, MedStarHealth.org/GIExperts, or to schedule an appointment, call 202-444-8541.