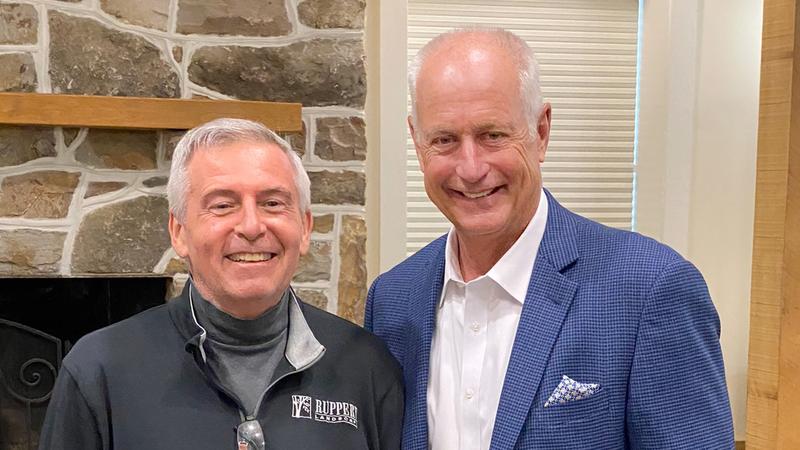 Tuesday, September 7, 2021, started out like every other day for Bill Law, facilities manager at the Ruppert Landscape’s headquarters, located in Laytonsville, Maryland. “I got in at 6 a.m. and started checking the buildings to make sure all the systems were working,” Bill explains. “As I headed into the Allnutt house, I smelled propane, so I opened both the front and back doors to air it out. I then went back to my office to send an email warning everyone who worked there not to enter and called our gas supplier to report a leak.” 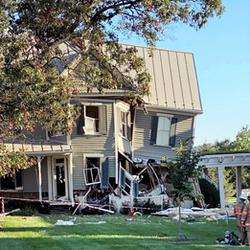 A few minutes later, his life changed. “At some point I reentered the building, and that’s when it exploded. After that, I was in and out of consciousness. I remembered very little for the next six weeks,” he says.

Craig Ruppert, the company’s founder and CEO, who lives nearby, was on the scene within minutes. “My priority was making sure everyone was safe and Bill was getting the medical attention he needed. I saw a lot of people working together to get Bill out of the building and into an ambulance. I was able to ride with him and became concerned when he said he couldn’t see out of his eye, or feel his left leg,” Craig says.

Once in the ambulance, the paramedics cut away his clothes, which were covered in dust and debris. That exposed the trauma that had occurred to his leg, which had been pinned and crushed by a beam during the explosion. “His vitals were good, so they seemed optimistic, but there was obvious worry about his eye and his leg, as well as a head injury,” Craig notes.

The ambulance was met by a helicopter at an airport across the street from the Ruppert facility and Bill was transported to MedStar Washington Hospital Center, one of the region’s top trauma centers. 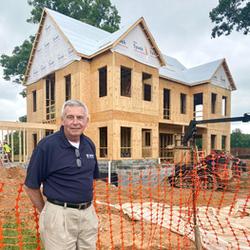 Bill was in the hospital for six weeks, where he endured numerous procedures and surgeries. He then spent another six weeks in therapy at MedStar National Rehabilitation Hospital to regain his mobility and function. After 12 weeks of hospitalization, he was able to rehab at home.

“The hospital staff in the ICU and the trauma surgeons did a good job. I remember asking a doctor to do whatever it took to save my leg, as that really wasn’t a given at the outset,” Bill says. “They saved my leg and put me in a position to be able to walk again. I will forever be grateful for their care.”

Along with many from the Ruppert Landscape team, Craig visited Bill, his wife, Barb, and their son, Nick, regularly during his recovery as a friend and a colleague. He also wanted to ensure he was receiving the best care possible. “Our circumstances can change without warning, leaving us unable to go it alone. It’s at those junctures, when we are often at our most vulnerable, that we need to turn to others and rely on their knowledge, skills, and caring to help us put the pieces back together,” Craig says. “The hospital’s trauma team did that for Bill. Their collective expertise and professionalism made the difference in his long-term prognosis and recovery.”

The experience inspired the Ruppert Family Foundation to make a philanthropic gift to the Trauma Enhancement Fund at MedStar Washington Hospital Center. “We are very grateful for the care Bill received. We are particularly thankful for the health care professionals who dedicate their lives to serving others at their greatest time of need, such as those who took care of Bill.”