What is interventional radiology for cancer?

At MedStar Health, our interventional radiologists are experts in diagnosing and treating a variety of cancer-related symptoms and conditions using advanced techniques, which can speed up your recovery time and minimize your discomfort. 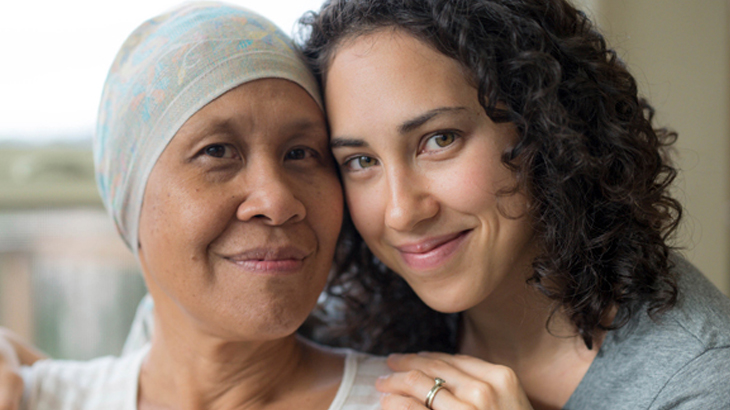 Using advanced imaging techniques such as X-rays, computed tomography (CT) scans, and magnetic resonance imaging (MRI), our highly trained physicians are able to deliver precise treatment to patients with cancers of all kinds, including:

Most interventional radiology procedures for cancer require a small incision the size of a pinhole, which reduces your pain and your risk for complication. Compared to traditional cancer treatments involving chemotherapy, open surgery, or radiation, interventional radiology also allows for a quicker recovery, as most procedures can be completed in one day. Many patients are discharged the same day of their procedure within 24 hours, getting them back to the life and activities they love faster.

From performing biopsies for cancer diagnosis to alleviating pain and other symptoms through therapeutic procedures, our interventional radiology team can address a variety of cancer conditions that may have required surgery in the past.

We use interventional radiology to reduce or eliminate tumors using radioactive particles, heat, cold, and electric current while minimizing the impact on the surrounding healthy organs. In addition to treating tumors, our compassionate team of interventional radiologists also work closely with oncologists and surgeons to help minimize discomfort and dramatically improve the quality of life for palliative care patients.

Cryoablation is a well-tolerated treatment approach for various cancers and may be used to alleviate pain and other cancer-related symptoms. Using extreme cold to freeze and kill abnormal cancerous and precancerous cells, cryoablation is a minimally invasive procedure that can effectively prevent any further growth or spread of cancerous tumors.

Irreversible electroporation (IRE) is a minimally invasive alternative to treating pancreatic cancer and other cancerous tumors with promising results. Using electrical pulses to precisely target affected cells, IRE may be used as a complement to chemotherapy and radiation when tumors cannot be removed surgically, as there is less risk of damage to nearby blood vessels and tissues.

Since heat is very effective at eliminating cancerous cells, radiofrequency ablation (RFA) is a minimally invasive procedure that uses heat produced by radio waves to kill abnormal cells. RFA is a complementary treatment best suited for patients with multiple small tumors affecting a single organ that is causing pain or discomfort.

Radioembolization is a minimally invasive treatment option for improving the symptoms of liver cancer. Using both embolization and radiation, radioembolization delivers radiation directly to the tumor. This enables your interventional radiologist to use higher doses of radiation than could be used during external radiation therapy, resulting in effective therapy with fewer side effects.

Using both highly targeted chemotherapy and embolization, our interventional radiologists can reduce the size of tumors and improve symptoms in various cancers. As a minimally invasive treatment, chemoembolization is considered the standard therapy for liver cancer. It may also be considered for other cancers when standard therapies failed or when patients are not surgical candidates due to the size of their tumor or additional medical conditions.

Patients with various types of cancer and diseases may experience excessive fluid accumulation in the abdomen (ascites) or the pleural space, which is the area protecting the lungs. When this happens, interventional radiologists may use a tunneled drainage catheter to drain fluid, relieving symptoms like pain and difficulty breathing. This minimally invasive procedure allows the fluid to drain while patients are in the comfort of their own home. 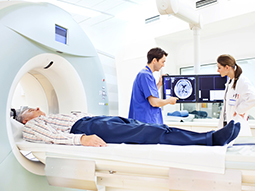 Getting the care you need starts with seeing one of our interventional radiologists.