Expert emergency medical transport is just a call away

MedSTAR Transport about 6,000 patients each year to and from MedStar Health facilities throughout the Baltimore and greater Washington, D.C., area. Our fleet includes both state-of-the-art medevac helicopters and ambulances. And thanks to our highly qualified air and ground transportation teams, no patient is far from advanced care.

The majority of our patients are transported between hospitals in the MedStar Health system and other major tertiary care centers in the Mid-Atlantic region as directed by the sending and receiving physicians. Medical control physicians are immediately available 24 hours a day for consultation with referring physicians and flight crews. Some patients are transported from accident scenes to the closest Level One Trauma Center in coordination with local EMS systems.

Our helicopter bases are strategically located throughout the mid-Atlantic region to transport patients and currently complete about 2,000 medevac missions a year.

All FAA Part 135 aviation services are provided by Metro Aviation, Inc., which maintains exclusive operational control over all aircraft. Our air transport service uses EC-135 helicopters, which are unmatched in maneuverability and have a cruising speed of 150 mph and a range of approximately 250 miles.

Each of the MedSTAR aircraft is equipped for single pilot operations under instrument flight rules (SPIFR) and are certified by the FAA for instrument flight in inclement weather using global positioning system (GPS) technology for increased safety. Additionally, all primary aircraft have SkyConnect Iridium-based satellite voice and tracking systems installed.

The medical crews are required to maintain licensure in D.C., Virginia, Maryland, and Delaware and to be certified in all areas of life support.

Our pilots are required to be helicopter-instrument-rated and have a Class 2 medical certificate, as well as a minimum of: 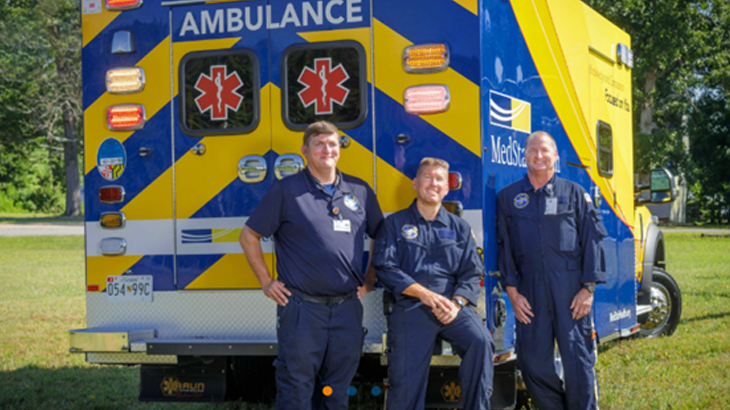 Additionally, the ambulance is configured to move bariatric and neonatal populations with ease and comfort.

All requests are subject to approval by the MedStar Transport leadership team.

If you’re interested in joining our team, explore our career opportunities.

We have three bases located in the Baltimore and Washington, D.C., regions, which are strategically located to provide support to patients in Maryland, Virginia, West Virginia, Delaware, and Pennsylvania.

These bases operate and are staffed 24 hours a day, seven days a week. 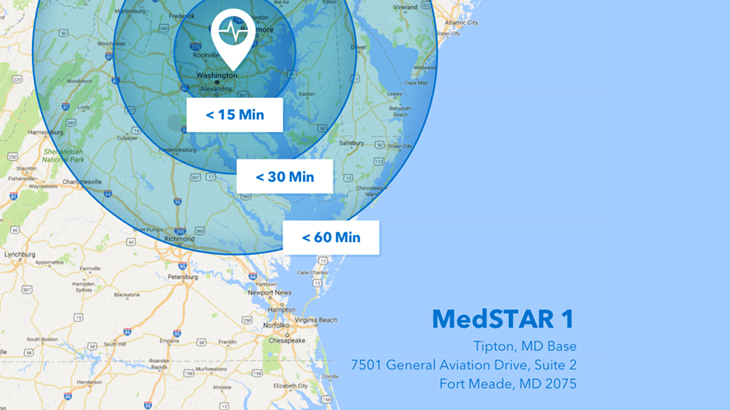 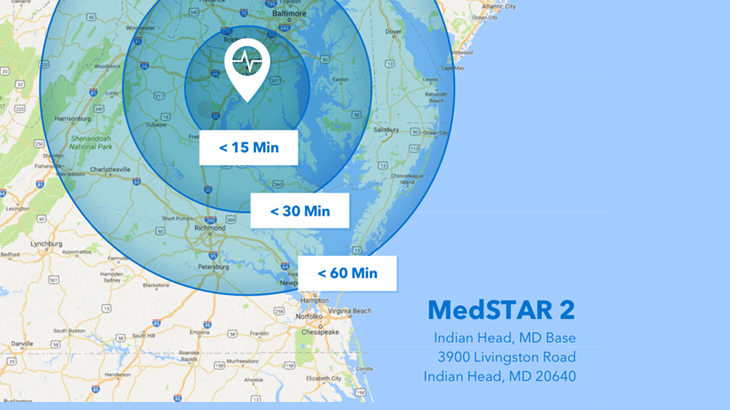 Our team is available to land at a landing zone prepared by emergency medical services for both medical and trauma-related requests.

Our history and milestones

MedSTAR fleet was the Washington, D.C., region’s first hospital-based air medical service. It was founded to deliver critical care to injured patients, much like a MASH unit used for military triage.

Learn more about our history and achievements through the decades: