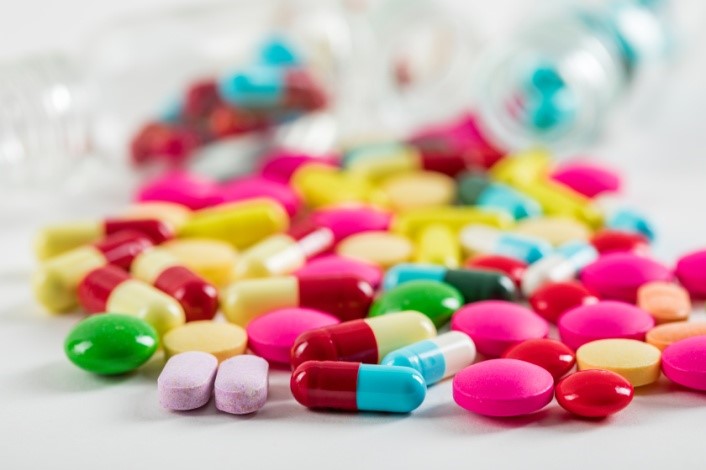 Substance abuse, addiction, and overdose have become serious public health challenges in Maryland and across the country. According to the National Institute on Drug Abuse, addiction is a chronic disease characterized by drug-seeking and use that is compulsive, or difficult to control, despite harmful consequences. The initial decision to take drugs is voluntary for most people, but repeated drug use can lead to brain changes that challenge an addicted person’s self-control and interfere with their ability to resist intense urges to take drugs.

These brain changes can be persistent, which is why drug addiction is considered a "relapsing" disease—people in recovery from drug use disorders are at increased risk for returning to drug use even after years of not taking the drug. It's common for a person to relapse, but relapse doesn't mean that treatment doesn’t work. As with other chronic health conditions, treatment should be ongoing and should be adjusted based on how the patient responds. Treatment plans need to be reviewed often and modified to fit the patient’s changing needs.

A drug overdose occurs when the body has been overloaded with prescription medications or illicit substances. Opiates, such as heroin or prescription pain pills like Percocet, affect the breathing centers of the brain. A person may develop small contracted pupils, lose unconsciousness, breathing may become erratic and shallow. Ultimately breathing may completely stop, causing a lack of oxygen to the brain and possible death. Stimulants, such as cocaine and methamphetamine, produce a brief sense of euphoria and primarily affect the brain and the heart. Seizures or strokes can occur, as well as many heart-related conditions, including irregular heart rhythms, very high blood pressure, and a heart attack. Alcohol depresses the central nervous system, leading to slurred speech, difficulty walking, lowering inhibitions leading to increased risk-taking behavior, and possible memory loss or blackouts.

A state-wide strategy for reducing overdose deaths related to pharmaceutical opioids and heroin called the Overdose Response Program (ORP) was launched in 2014 to train and certify qualified individuals most able to assist someone at risk of dying from an opioid overdose when emergency medical services are not immediately available. Successfully trained individuals will receive a certificate allowing them to obtain a prescription for naloxone (Narcan®), a life-saving medication that can quickly restore the breathing of a person who has overdosed on heroin or prescription opioid pain medication, like oxycodone, hydrocodone, morphine, fentanyl, or methadone.

Drinking too much too quickly can affect your heart rate, breathing, body temperature, swallowing ability, and potentially lead to coma and death. For chronic drinkers, a complex interaction in brain signaling chemicals can lead to a vicious cycle of increased drinking followed by a greater tolerance that eventually leads to dependence and addiction. Alcohol withdrawal can be a life-threatening event that can involve severe tremors, high blood pressure and heart rate, agitation, and seizures.

At MedStar Health, the 4-West wing of the hospital treats patients suffering both from mental illness and addiction problems. It is staffed with contracted professionals through Scales, Stansfield, and Lewis-Wilkins, who have the tools to help these vulnerable patients. All MedStar Health patients needing addiction counseling and/or mental health help will be assessed at the hospital and a patient's first appointment for further treatment prior to being dismissed from the hospital will be established.

Once a patient at MedStar Health is identified as having addiction issues, they are referred to our certified addictions counselor, who conducts additional assessments and coordinates referrals to inpatient substance abuse treatment facilities or outpatient treatment facilities, depending upon the patient’s level of need.

If you suspect a friend is suffering from addiction, you might recognize some of these signs:

All possible health effects of opioids include pain relief, drowsiness, nausea, constipation, euphoria, and confusion. When used in combination with alcohol, opioids can cause a dangerous slowing of heart rate and breathing, leading to coma or death. Restlessness, muscle and bone pain, insomnia, diarrhea, vomiting, cold flashes with goose bumps, and leg movements are all common withdrawal symptoms.

What can I do to help? 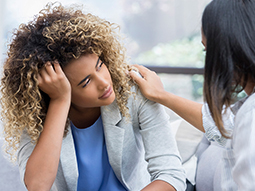 A variety of treatment options are available for individuals with addiction to drugs, alcohol, and other substances. Other behavioral health services are also offered through the PG County Health Department. Interested individuals or family members should call the location nearest their home:

NIDA is a learning resource tool for parents, teachers, and teens to learn about how drugs affect the brain and the body through digital platforms. Visit their website today.

Lock Your Meds® is a national multi-media campaign designed to reduce prescription drug abuse by making adults aware that they can be the “unwitting suppliers” of prescription medications being used in unintended ways, especially by young people.  Many valuable resources are available for parents and adults at lockyourmeds.org.