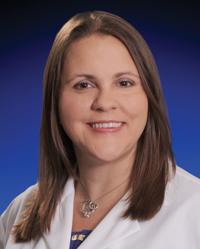 Dr. Kool received her medical degree from the University of Virginia Medical School. She then completed a general surgery residency at the University of Maryland Medical Center, where she also completed an NIH-funded research fellowship in their Center for Vascular and Inflammatory Disease. Finally, she did a fellowship in vascular surgery at Ohio State University Wexner Medical Center before joining MedStar. Dr. Kool has published and presented nationally on vascular diseases.

Philosophy of Care
“My goal as a healthcare provider is to help choose the best treatment option for my patients. This involves collaborating with my patients by discussing and taking into account their treatment goals and overall goals for quality of life. I hope to give my patients as much information as they want or need in order for them to understand their diagnosis and treatment options, and to be able to make an informed decision.

“Communication is a vital element in the care of any patient, especially when a comprehensive approach is necessary. Vascular disease is usually not an isolated disease process. For this reason, I work closely with patients, referring physicians, and other team members to address any lifestyle habits or health conditions that may be related to the patient’s diagnosis.”