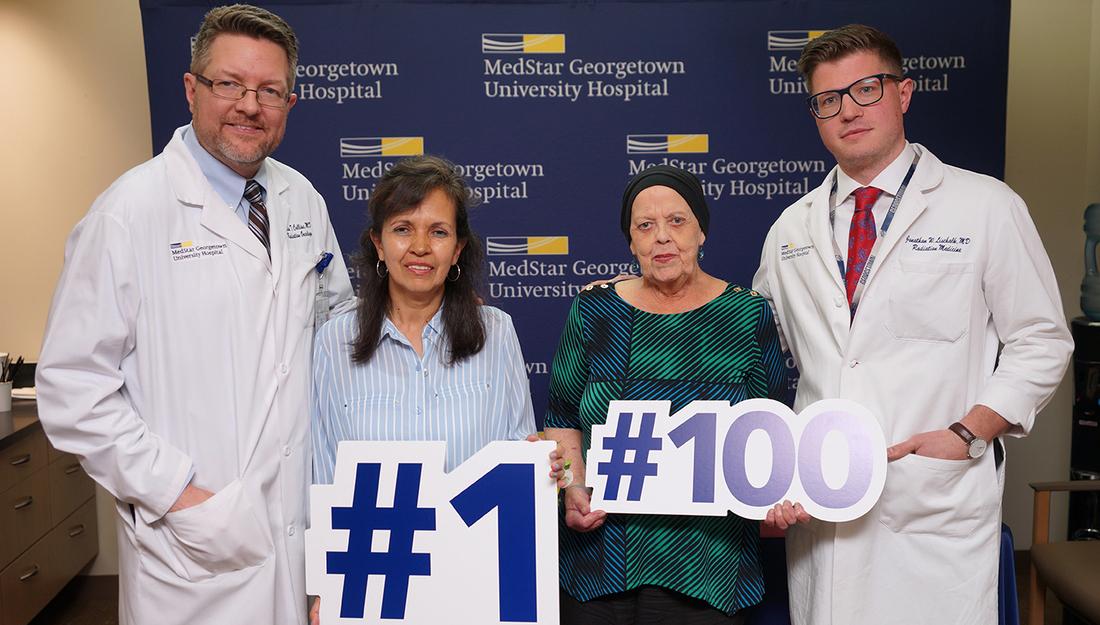 WASHINGTON, D.C., – Physicians and hospital staff are celebrating the first 100 patients treated at the MedStar Georgetown University Hospital Proton Therapy Center, the first and only center of its kind in the Washington D.C., metropolitan area. Proton therapy is the latest cancer-fighting technology designed to shrink some previously untreatable tumors.

The proton therapy system used by radiation oncologists at MedStar Georgetown is the most advanced cancer treatment technology currently available. Using pencil beam scanning (PBS) and HYPERSCAN™ technology, physicians can precisely target tumors anywhere in the body with minimal exposure to healthy tissues. This is especially beneficial for younger patients, who have a higher likelihood of living many years after their cancer has been cured.

“There are certain types of cancer where you have to deliver a very high dose of radiation right next to a critical structure like the spinal cord or brainstem,” says Radiation Oncologist Sonali Rudra, MD, “So, for some patients, proton therapy might be their only radiation treatment option.” 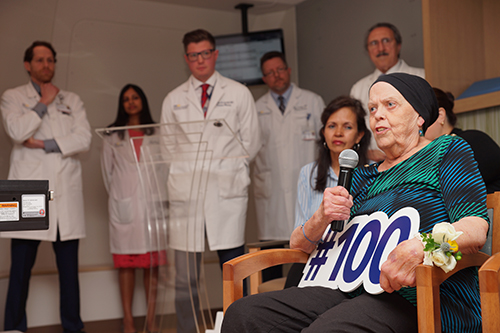 “This proton is so advanced.  It was able to hit my cancer without damaging my other tissues and it could avoid my heart.  I’m so glad.  The tumor has already shrunk by forty percent,” Norris said. “I’ve done really well. I’ve been very lucky.”

In March 2018, Martha Ramos, a mother of two from Germantown, Maryland, became the first patient treated by doctors at the MedStar Georgetown University Hospital Proton Therapy Center. Before treatment, Ramos underwent multiple operations to remove a non-cancerous recurring brain tumor. Some cells deep in the brain could not be removed in surgery. Proton therapy eradicated those remaining cells and preserved her quality of life.

“I want to have more time to be a mom to my children. I want to be very healthy so I can be there for them and help them in life,” Ramos said after treatment. “I am very, very grateful that my medical team at MedStar Georgetown told me about proton therapy. I now look forward to a long and happy life.”

Since proton therapy was approved by the Food and Drug Administration in 1988, over 75,000 patients have been treated at only about 30 centers across the United States. Now, patients have access to this state-of-the-art technology in Washington D.C.,