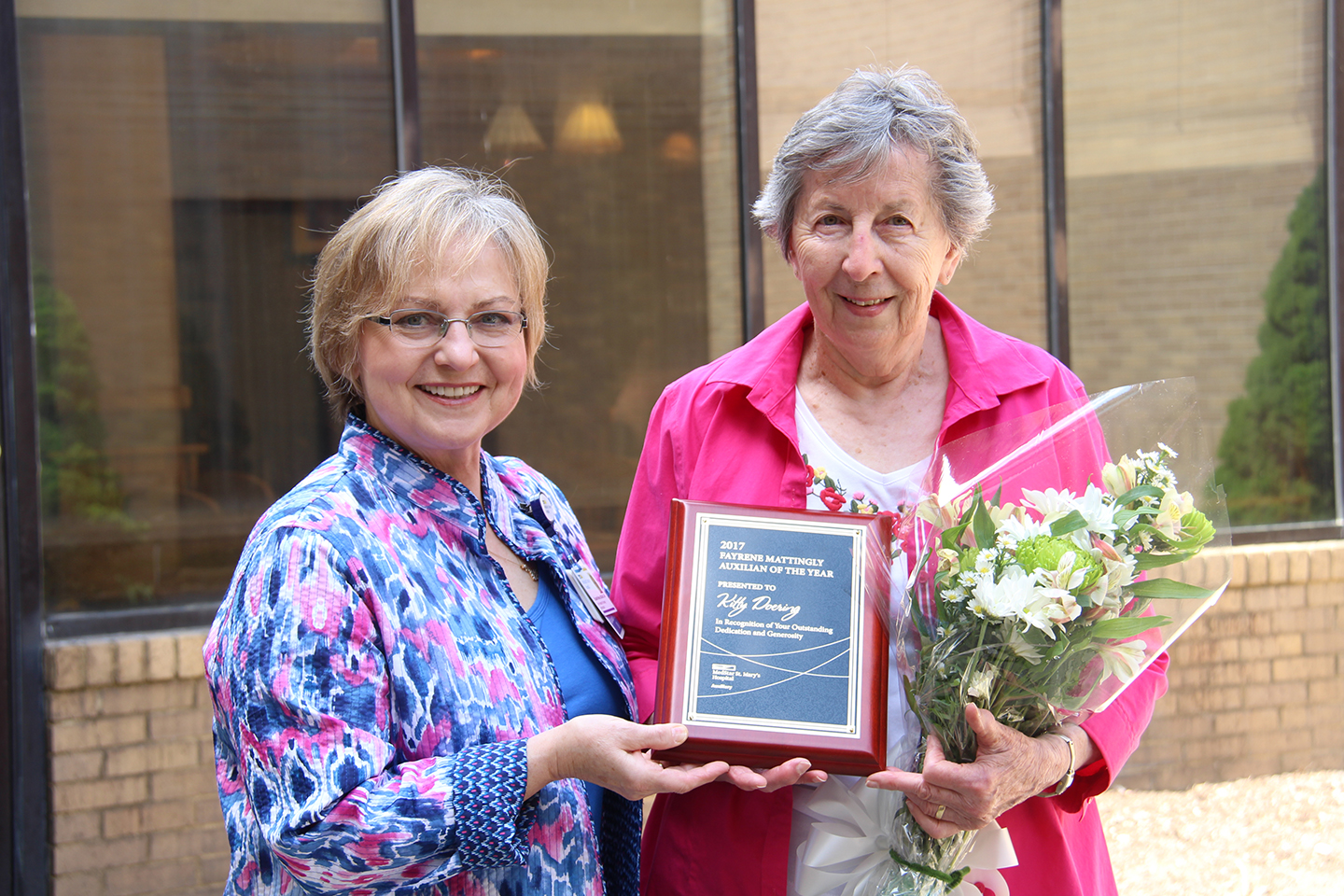 As a dedicated Auxiliary volunteer for many years, Kitty has shown unwavering support through her commitment to the hospital’s gift shop. She keeps up with ongoing responsibilities to organize the greeting card display and works with the vendor to restock them when needed. Kitty also does a fabulous job keeping the refrigerated flowers looking fresh. Auxiliary members voted for Kitty because of her loyalty, dependability and selflessness to volunteer countless hours to her Auxiliary commitments.

“Kitty posses those characteristics which have been reconfirmed by Auxiliary members throughout the years as the fundamentals for which the organization was built upon to become a cornerstone for our hospital,” said Elizabeth Morse, DM, MSM, MPA, RN, NEA-BC, MedStar St. Mary’s Hospital’s vice president and chief nursing officer.

Throughout its 100 year history, the Auxiliary has funded more than $4 million in donations and improvements to MedStar St. Mary’s Hospital.

The Auxilian of the Year Award was established in 2005 to honor Fayrene Mattingly for her outstanding performance as an auxilian and her dedication to the hospital. The award is named in her honor and presented to an outstanding auxilian during the annual Auxiliary Appreciation Luncheon held in April.

The MedStar St. Mary's Hospital Auxiliary coordinates and participates in many activities that generate funds to enhance hospital facilities and services. Auxilians staff the hospital's Gift Shop seven days a week. They hold fundraisers, such as the annual Auxiliary Golf Tournament and Holiday Bazaar.

Founded in 1916, the Auxiliary has played a key role in the acquisition of many vital improvements for the hospital throughout its 100-year history. Patient comfort has been its primary focus since the very beginning. It has donated funding for projects both small and large, from breast pumps to building renovations. It is likely, that at some point during the hospital’s history, the Auxiliary has touched almost every department at the hospital.