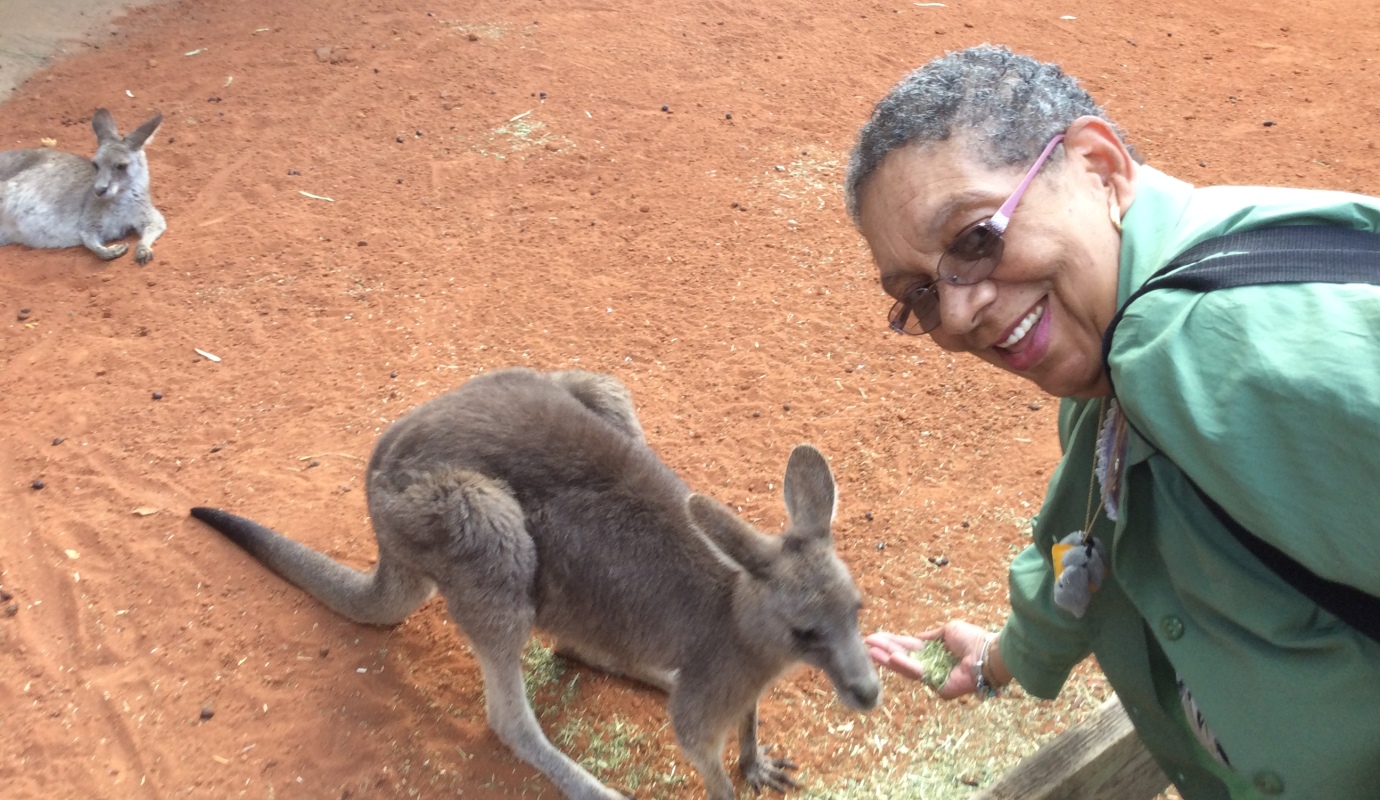 WASHINGTON – The first cancer patient to be treated as part of a CAR-T cell clinical trial at MedStar Georgetown University Hospital through Georgetown Lombardi Comprehensive Cancer Center is still in “complete remission” six months after receiving the treatment.

Daisy Diggs, 67, of Laurel, Maryland volunteered for the experimental treatment after a lengthy battle with stage-three non-Hodgkin lymphoma, a type of blood cancer. Following her diagnosis in 2015, the mother of two and grandmother of four developed several tumors that could not be eliminated with chemotherapy alone.

“I had tumors in my lymph nodes, hip, pelvis, neck and right kidney. They couldn’t get a handle on it,” Diggs says. “I’ve been getting chemo for two and a half years. Each time I would have some [tumor] shrinkage and then they would grow. I thought, ‘Well, the chemo isn’t working for me, let me try this.’ I’m glad I did. I see these T-cells as Pac-Men circulating in my body and eating up the cancer.”

“We don’t know if others will have the same or similar response or for how long the treatment will be effective,” says Pashna N. Munshi, MD, associate clinical director of the Stem Cell Transplant and Cellular Immunotherapy Program, a joint program between MedStar Georgetown and the John Theurer Cancer Center at Hackensack/Meridian Health.

“Still, hers is exactly the early result we had hoped for. The fact that she is still in complete remission six months after her CAR-T infusion signals a promising chance for a long-term remission for Ms. Diggs.”

“I feel great,” says Diggs. “I’m so relieved to receive this latest news. For me, the CAR-T cells were 100 times better than chemo in terms of how I felt during the treatment. I’m just so happy. I thank God and I thank Dr. Munshi.”

Diggs joined the phase 2 CAR-T cell (axicabtagene ciloleucel or KTE-C19) clinical trial to test its safety and effectiveness, which had only become available two years after her diagnosis of follicular lymphoma. Starting in the summer of 2018, she began receiving the experimental therapy, which uses her own immune system to destroy the cancer.

CAR-T cells are made in a medical lab using a component of the patient’s white blood cells. There, the patient’s natural, disease-fighting T-cells are genetically modified to express synthetic receptors that target proteins commonly found on the lymphoma cells.  About two weeks later, the patient receives lymhodepleting chemotherapy for three days and the CAR-T cells are then infused into the patient. Thereafter, the CAR-T cells are expected to attack the tumors. The goal is that the CAR on the T cells will bind to and kill cells that express CD19, a protein that is found on B-cell lymphomas.

“Once the CAR-T cell engages the tumor, it gets activated and proliferates multifold thereby eradicating the lymphoma rapidly,” says Dr. Munshi.

CAR-T cell therapy carries many risks. Patients can experience drops in blood pressure, high fevers, neurological problems and even death as the body reacts to major changes in the immune system.  For Diggs, the risks of the experimental treatment were outweighed by the potential benefit.

“While we’re very pleased with the results of Ms. Diggs’ treatment through this clinical trial, it’s important to remember that this is only a single experience of the 80 participants who will be enrolled nationwide. We have enrolled an additional five patients in this study here at Georgetown.

“I had to meet all the criteria for this - go to the dentist, get all these tests done, biopsies,” Diggs recalls. “At first I was nervous because I didn’t know how it would turn out. They explained the risks and told me all the bad things that could happen. But I figured that nothing else was working and that whatever happens, happens but if it’s good, it’s going to be wonderful.”

Diggs has reported few side effects limited to only muscle pain. After her first PET scan in October, doctors could no longer find any evidence of cancer. In only three months, her tumors had disappeared.

“We’re giving it the ol’ one-two punch,” Diggs says. “I always say we’re shutting that party down. Now it’s hopefully going to be shut down for good.”

Very common side effects include cytokine release syndrome with symptoms including fever, nausea, headache, rash, rapid heartbeat, low blood pressure, and trouble breathing. Most patients have a mild reaction, but sometimes, the reaction may be severe or life threatening. Anemia (lack of cells that carry oxygen) and neutropenia (a decrease in white blood cells) are also very common.