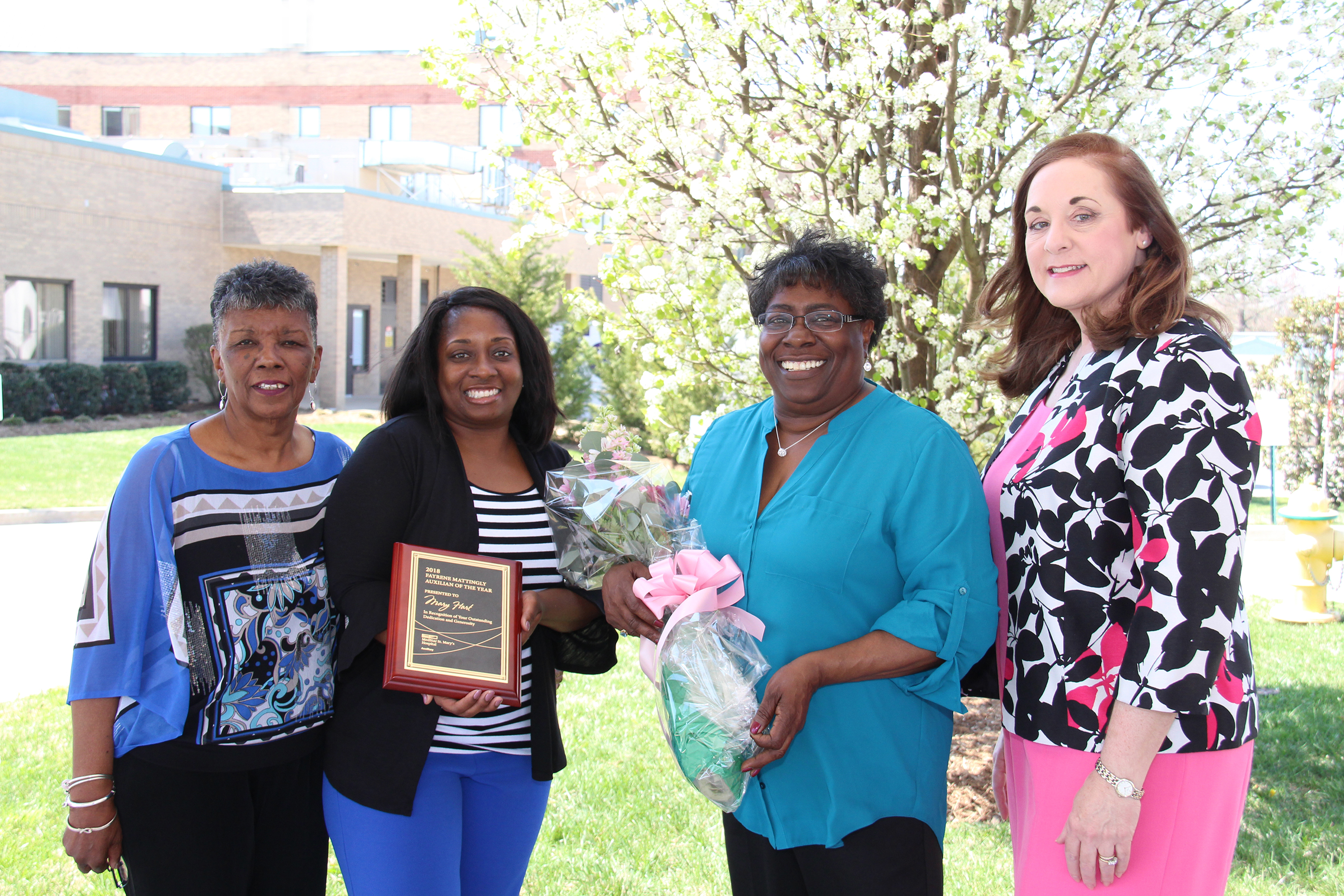 Leonardtown, Maryland – Honored for her spirit, responsibility, and selflessness as a volunteer, Mary Hart was named the 2018 Fayrene Mattingly Auxilian of the Year at MedStar St. Mary’s Hospital.

At a luncheon for members on April 13, Hart received a plaque and accolades from Christine Wray, president of MedStar St. Mary’s.

“Nominated by her fellow members, Mary is described as responsible, hard-working, and always willing to lend a hand,” said Wray. “She is helpful to all during her time volunteering in the Gift Shop, and can be counted upon to pick up a shift with a friendly smile.”

Hart is co-chair of the hospital’s annual brown bag auction and the organization’s secretary. “Her note-taking and organization are incredibly valuable to her fellow members — many of whom note the fantastic job she does in keeping everything on track,” Wray said.

The Fayrene Mattingly Auxilian of the Year Award was created in 2005 to honor Mattingly, a longtime hospital volunteer. It is presented to one Auxilian each spring.

Established in 1916, the Auxiliary has funded more than $4 million in hospital improvements over the last century. Recently, Auxiliary members approved funding for 13 new rocking chairs for the Women’s Health & Family Birthing Center; a portable ultrasound machine for the Intensive Care Center; and $100,000 toward the complete renovation of the hospital’s Atrium, expected to reopen this summer.

The MedStar St. Mary's Hospital Auxiliary coordinates and participates in many activities that generate funds to enhance hospital facilities and services. Auxilians staff the hospital's Gift Shop seven days a week. They hold fundraisers, such as the annual Auxiliary Golf Tournament and Holiday Bazaar.