MedStar Georgetown First and Only Center in the Washington, D.C., Metropolitan Region to Offer Proton Therapy for Cancer Patients 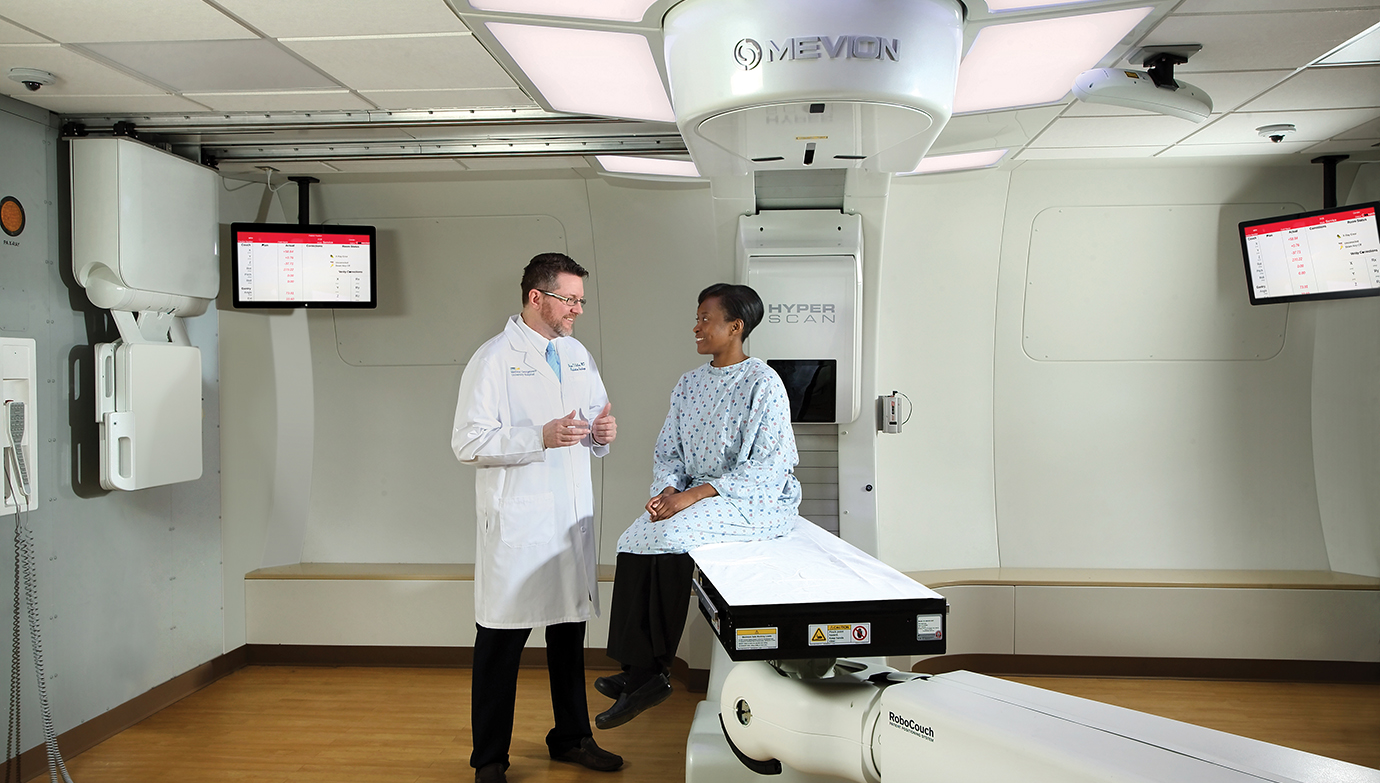 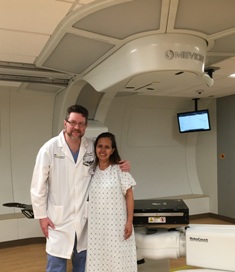 Martha Ramos, 53 of Maryland became MedStar Georgetown’s first patient to receive proton therapy.  Ramos is being treated for recurrence of a brain tumor.

“It’s encouraging to know that this kind of radiation will result in less damage to the healthy area of my brain,” says Ramos.

Proton therapy is more precise and targeted than conventional radiation. It works by using pencil beam scanning, similar to a 3D printer, to match the tumor’s exact shape and size with superior accuracy that eliminates the exit dose of traditional radiation, and spares healthy tissue.

MedStar Georgetown is the first and only proton center in the world to offer the Mevion S250i with HYPERSCAN™ technology, producing beams that are sharper than previous proton systems. Proton therapy with HYPERSCAN is also faster than other proton systems, benefiting patients whose treatment includes holding their breath.

“I am extremely excited to be able to offer this latest advancement, proton therapy, to my patients,” says Brian Collins, MD, a radiation oncologist and clinical director of the new proton therapy center.  “It’s clear that this treatment will help to improve the clinical outcomes for our cancer patients and decrease their side effects when radiation is needed.”

“In certain cases, proton therapy can be a game changer,” says Keith Unger, MD, radiation oncologist at MedStar Georgetown.  “It allows us to treat cancers where traditional radiation might not even be possible."

“Proton therapy is an advanced form of radiation that can destroy cancer cells,” says Peter Ahn, MD, a radiation oncologist at MedStar Georgetown.  “A machine called a cyclotron speeds up protons to two thirds the speed of light and they become highly charged.  These high energy protons are then delivered to the tumor as an invisible beam that eradicates the cancer.  Because we can more tightly control the protons than we are able with traditional radiation, proton therapy can be given without damaging critical tissues and structures near the tumor because the beam conforms  precisely to the tumor’s size and shape, sparing healthy tissue.”

HYPERSCAN is an FDA-approved proprietary technology that has advantages over existing proton therapy systems. In addition to producing a micro beam that is sharper than many current proton systems and reducing damage to nearby healthy tissue, HYPERSCAN is also faster than other pencil beam scanning systems which can reduce the margin of error in treating tumors that are affected by breathing or organ motion.  This improves both treatment accuracy and patient comfort as patients need to spend less time lying still.

“HYPERSCAN is currently the most precise type of proton therapy in the world,” says Dr. Ahn.

“Proton therapy with HYPERSCAN can be given from head to toe,” says Dr. Collins.

Cancer Treatment for Patients with Fewer Side Effects

Proton therapy is beneficial for pediatric cancer patients because it lowers their exposure to radiation avoiding unnecessary exposure to healthy tissue and resulting in less growth impairment as they grow up.  Children are less likely to develop a secondary cancer later in life when treated with proton therapy as it treats tumors while keeping health surrounding tissues unharmed. 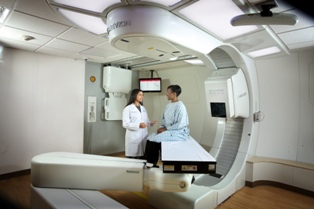 “There are also certain types of cancer where you have to deliver a very high dose of radiation right next to a critical structure like the spinal cord or brainstem,” says Sonali Rudra, MD, radiation oncologist at MedStar Georgetown. “With proton therapy we can deliver a high dose to the area we are trying to target and minimize the radiation beyond the tumor.  So for some patients, proton therapy might be their only radiation treatment option.”

Proton Therapy Closer to Home and Under One Roof

“The addition of proton therapy is a logical next step for a center like MedStar Georgetown as part of the Lombardi Comprehensive Cancer Center, dedicated to and recognized for providing the latest cancer treatments and access to clinical research trials,” says Dr. Collins.

“All the multiple specialties and disciplines involved in cancer care are here helping to support patients through their treatment, in one location, under one roof,” says Dr. Unger. “They no longer have to travel outside of our area to receive this advanced treatment.”

“The addition of proton therapy means MedStar Georgetown offers the full range of radiation treatments for cancer that are available,” says Dr. Collins.  “For patients that means we take an individual approach when considering radiation therapy. Whether it’s CyberKnife, proton therapy or conventional radiation, we will choose the optimal treatment to achieve the best outcomes with the fewest side effects.”