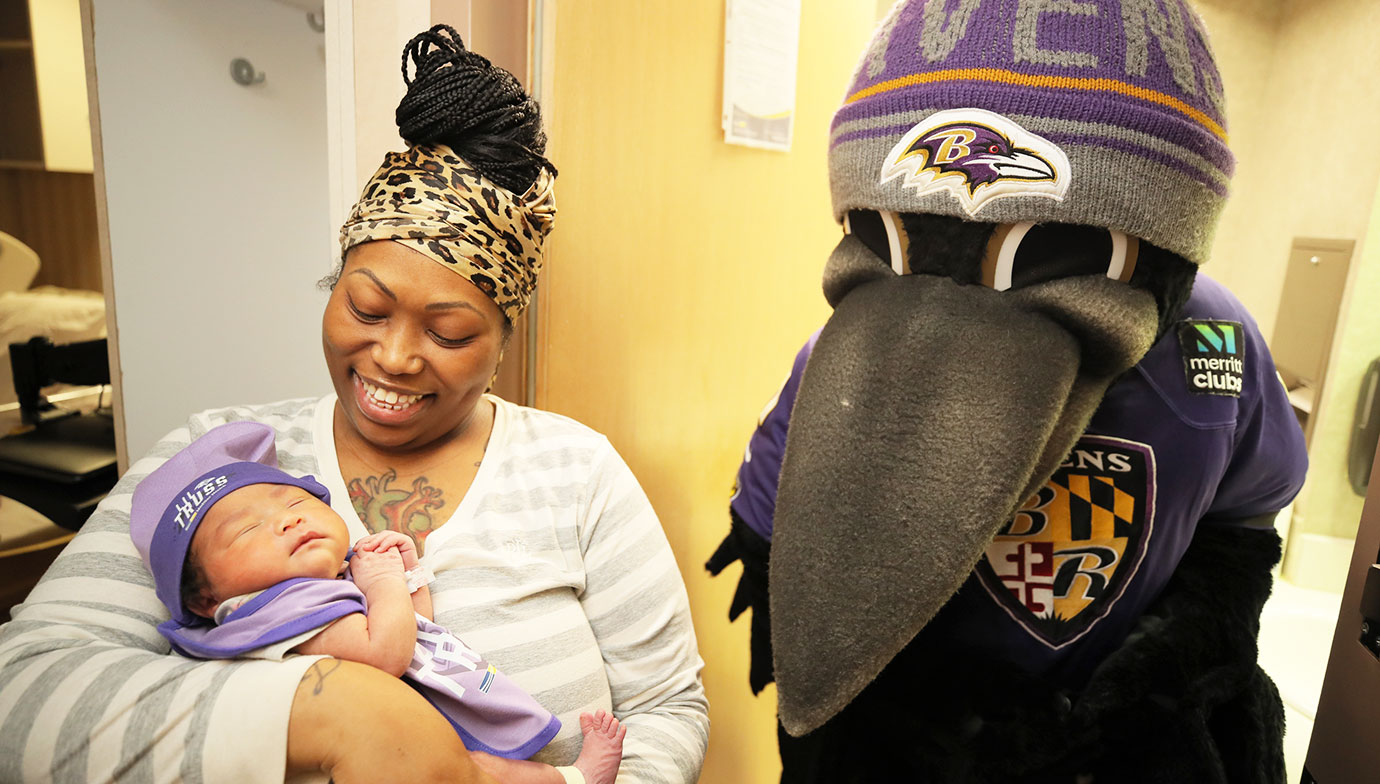 (Columbia, MD) - Starting today and going for as long as the Baltimore Ravens stay in the playoffs, babies born at participating MedStar Health hospitals will go home decked out in bibs and beanies in support of the home team as they advance to play the Tennessee Titans on Saturday. In keeping with the Ravens’ team slogan “Big Truss,” newborns will receive purple bibs bearing “Bib Truss” and two-tone purple beanies that say “Lil Truss.”

To help launch the program, Ravens mascot, Poe, and members of the Ravens cheer team visited the Ravens’ newest and littlest members of the flock at MedStar Franklin Square Medical Center and MedStar Harbor Hospitals.

At MedStar Franklin Square new daddy Brian Diller of Bel Air, said his son baby Austin, “arrived two weeks early to make sure he was around for the playoff games.”

At MedStar Harbor Hospital, Rashad Johns just welcomed his baby daughter into the world.  “Her mother loves the Ravens and they’re going to love this.”

“She’s going to be a Ravens fan, a diehard fan, just like her grandma,” said Dominic Praharnpap said of his new baby girl, also born at MedStar Harbor Hospital.

The first sets of new parents to receive the swag at MedStar St. Mary’s Hospital are Washington Redskins fans but are good sports about their newborns wearing Ravens purple.  “I’m a Redskins fan, but I’m OK with this - for now,” joked Matthew Trollinger of La Plata, Maryland whose daughter Evelyn was born Monday.  “The Ravens are in the playoffs, and I respect that.”