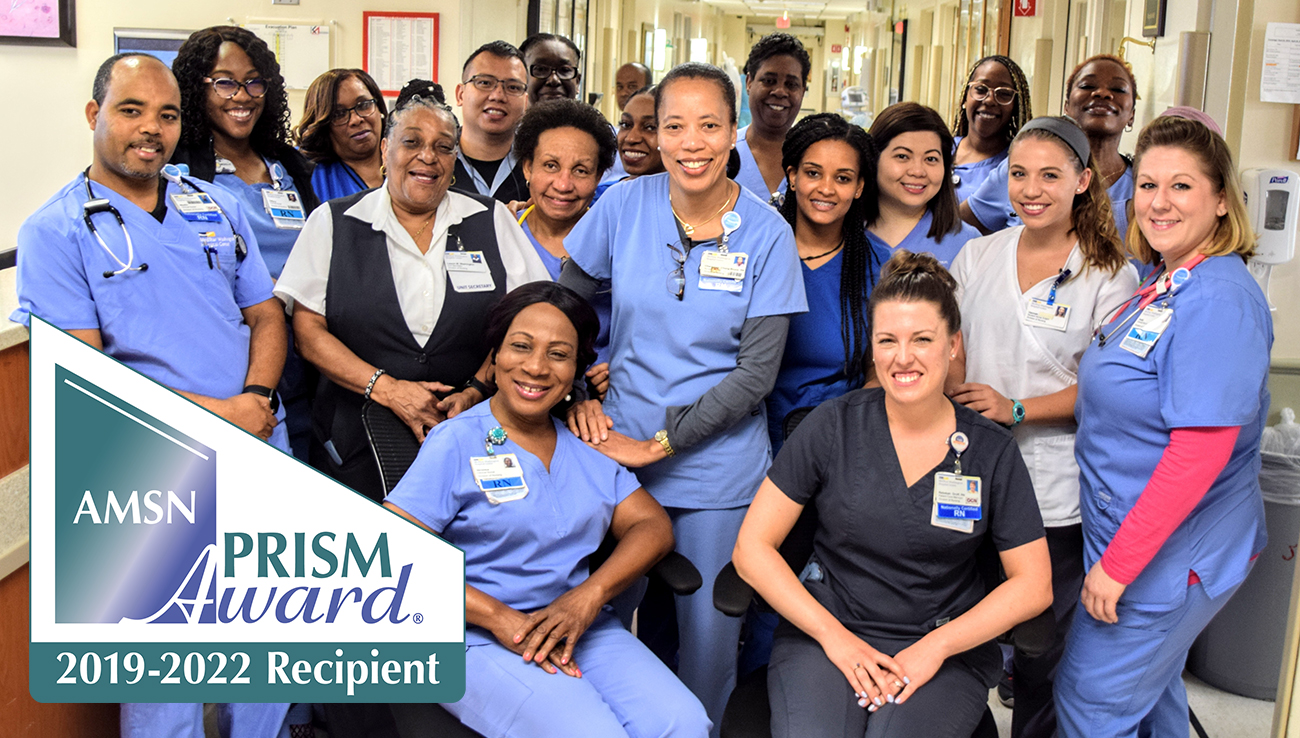 The award, which stands for “Premier Recognition In the Specialty of Med-Surg,” is the first of its kind honoring med-surg nursing units in the United States and internationally. It is co-sponsored by the Academy of Medical-Surgical Nurses (AMSN) and the Medical-Surgical Nursing Certification Board (MSNCB). The award is given to outstanding acute care/med-surg units or adult/pediatric units classified as med-surg.

“I am so proud of the 5E team. This is such a phenomenal accomplishment,” said Tonya R. Washington, MSN, RN, senior vice president of nursing and chief nursing officer at MedStar Washington Hospital Center. “We are so delighted that their excellent team work, patient care and outcomes are recognized with this prestigious award.”

Hoping to inspire nurses to strive for the highest levels of patient safety and quality, AMSN and MSNCB launched the award in October 2012. The award also reflects the compassion, commitment, and connection that characterize med-surg nurses.

There are more than 600,000 medical-surgical nurses practicing in the United States today, making them the single largest group of specialty nurses working in hospital settings, according to AMSN. Med-surg nurses oversee a broad spectrum of patient care responsibilities, another reason the acronym “PRISM” was chosen for the award.

MedStar Washington Hospital Center is a 912-bed, major teaching and research hospital. It is the largest private, not-for-profit hospital in the nation’s capital, among the 100 largest hospitals in the nation and a major referral center for treating the most complex cases. Its cardiology program is highly acclaimed and its cardiac surgery program has consistently earned the highest national rating–three stars–from the Society of Thoracic Surgeons. It also is a respected top facility in the areas of cancer, diabetes & endocrinology, Ear, Nose & Throat, gastroenterology & GI surgery, geriatrics, gynecology, nephrology, pulmonology and urology. It operates MedSTAR, a nationally-verified level I trauma center with a state-of-the-art fleet of helicopters and ambulances, and also operates the region’s only adult Burn Center.