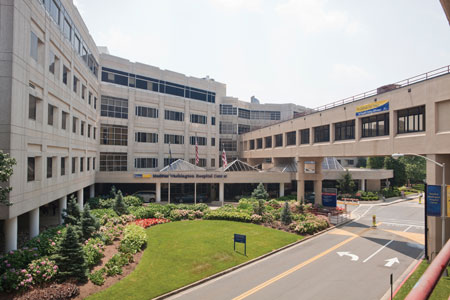 Large Effort Among Major Healthcare Institutions In D.C. Region To Help With Prevention And Understanding Of Stroke In Adults And Children

The network, known as the Stroke National Capital Area Network for Research (SCANR), is part of a multi-site, multimillion-dollar research initiative funded by the National Institute for Neurological Diseases and Stroke (NINDS), part of the National Institutes of Health (NIH). It is one of only 25 regional stroke centers throughout the country, for what will be known as the NIH Stroke Trials Network, or NIH StrokeNet.

The goal of the trial network is to establish a standing infrastructure among the participating hospitals to enable future stroke clinical trials to be conducted as efficiently as possible, so that new effective therapies can be identified to benefit patients with stroke.

“We have brought together a strong team of leading stroke experts and top medical centers in an integrated approach to improving treatment of stroke patients,” said Amie Hsia, MD, SCANR co-principal investigator, medical director of the MedStar Washington Hospital Center Stroke Center and associate professor of neurology, GUMC. “Now through SCANR, these patients will have access to the most advanced treatment options through NIH-funded clinical research trials—as well as to the collective resources of the regional consortium.”

“Between MedStar NRH and MedStar Washington Hospital Center, we provide acute care and rehabilitation for most of the adults and children who suffer stroke in the D.C. region every year—which has one of the highest incidences of stroke in the nation,” added Alexander Dromerick, MD, SCANR co-principal investigator, vice president, Research, MedStar NRH and professor of neurology, GUMC.

Nearly 800,000 people in the U.S. suffer stroke each year—and 130,000 die from stroke annually. A stroke occurs when blood flow to the brain is interrupted, causing brain cells in the immediate area to die because they stop getting oxygen. Stroke can also occur when a vessel breaks and bleeds into the brain.

MedStar Washington Hospital Center is a 926-bed, major teaching and research hospital. It is the largest private, not-for-profit hospital in the nation’s capital, among the 50 largest hospitals in the nation and a major referral center for the most complex tertiary services. It consistently ranks among the nation’s top hospitals as recognized by U.S.News & World Report. The Hospital Center is a respected top facility in the areas of cancer, cardiovascular disease, diabetes & endocrinology, gastroenterology & GI surgery, geriatrics, gynecology, nephrology, orthopaedics, pulmonology and urology. It operates MedSTAR, one of the country’s top shock-trauma and medevac programs, and also operates the region’s only adult burn center.