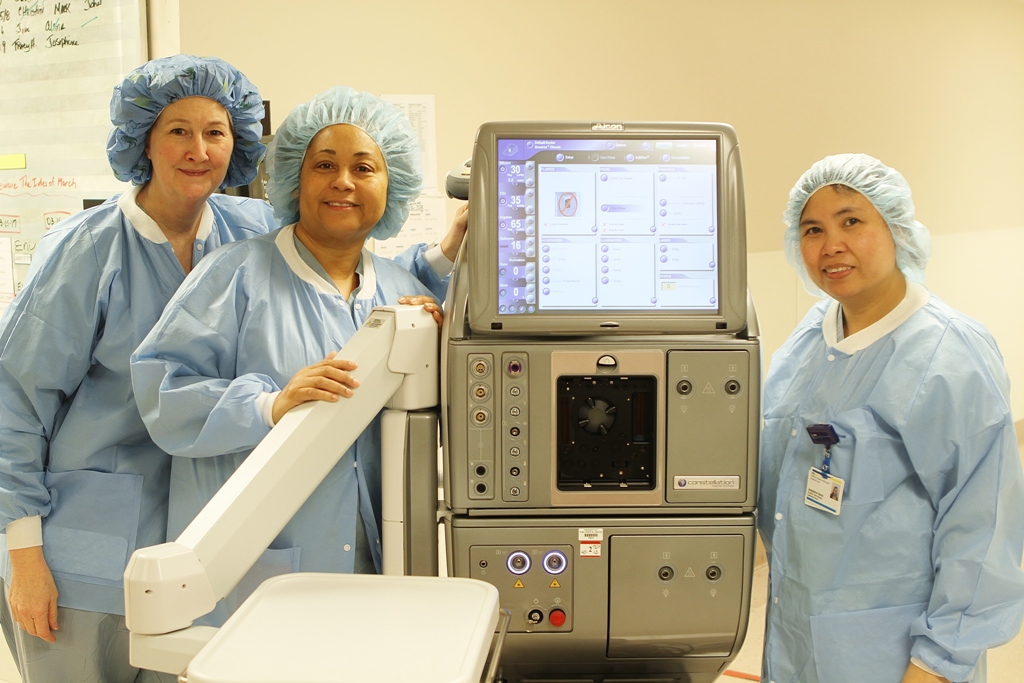 The recent purchase of an Alcon Surgical Instruments Constellation machine has brought the latest technology in eye surgery to MedStar Southern Maryland.

The Constellation machine, which replaces two twelve year-old machines, can perform both traditional and laser surgeries to repair eye conditions from cataracts to retinal detachments, as well as repairs of eye damage caused by hypertension and diabetes.

The first surgery with this machine took place near the beginning of March, and was a repair of a previous cataract surgery that was not able to remove the entire cataract, leaving fragments behind and leaving the patient with 20/200 vision.

After the successful repair surgery, performed by Dr. Pedro Rivera, the patient’s vision was corrected to 20/30 in a procedure that took one-third the amount of time it would have using the old machine.

“The capabilities of this machine are so much better,” said Dr. Rivera.  “The Constellation uses smaller gauge instruments and control is superior, which means it is better at manipulating tissue.  The complications decrease while the surgical outcomes have increased, as well seeing faster healing and better visual recovery.”

Assisting Dr. Rivera in eye surgeries at MedStar Southern Maryland are RNs Tracy Humes and Judi Wesley, along with surgical technician Josephine Gloria.  After its debut surgery, the new machine was used twice later on that first day, and will continue to see increased use.