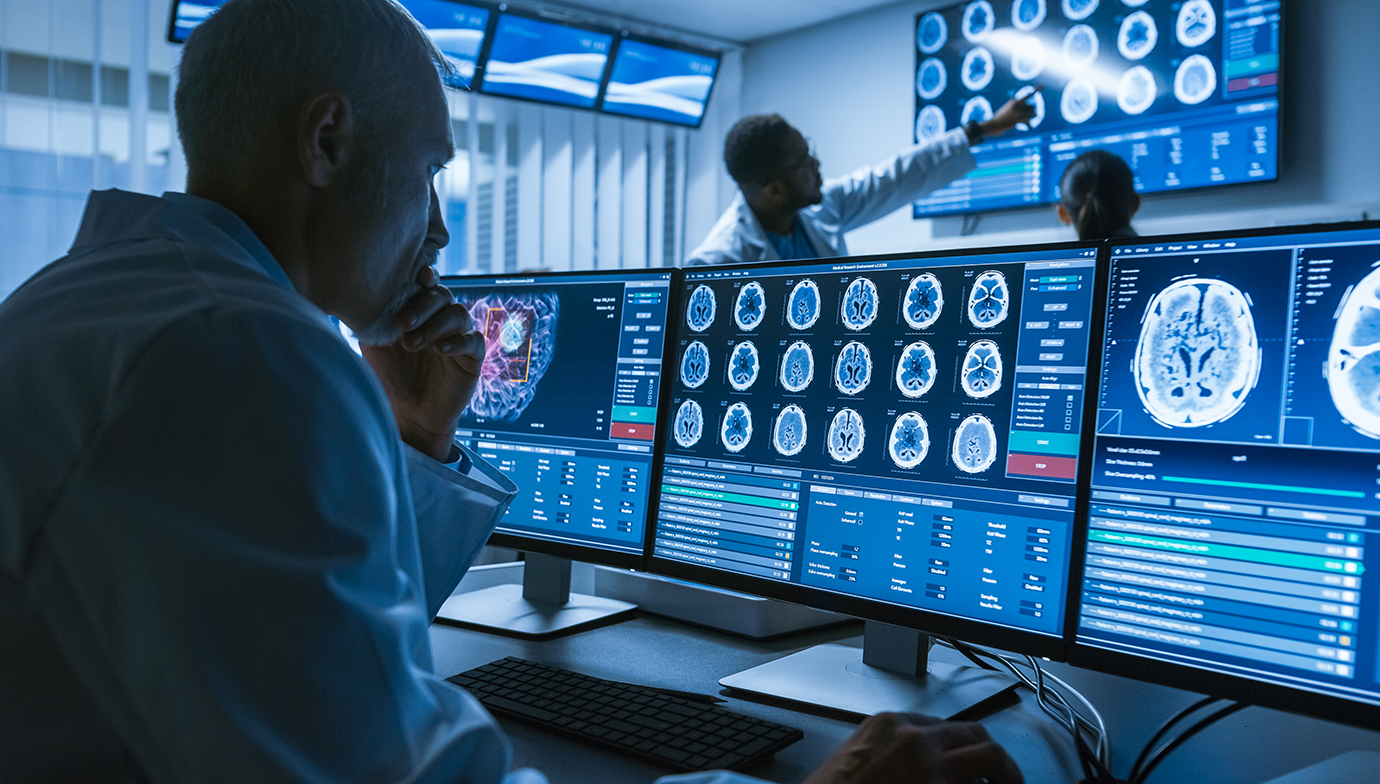 WASHINGTON  — Laboratory analysis from the first arm of a phase II clinical trial testing the use of nilotinib in patients with Parkinson’s disease demonstrates precisely how the agent increases levels of dopamine in the brains of study participants, says a research team at Georgetown University Medical Center. Symptoms of Parkinson’s, such as motor dysfunction, are a result of a dopamine loss.

In the journal Pharmacology Research & Perspectives, investigators report that a single low dose of the leukemia drug, nilotinib (Tasigna® by Novartis), reduces levels of a toxic protein that prevents the brain from utilizing dopamine that is stored in tiny vesicles, or pockets, in brain areas that may control movement.

The researchers say nilotinib appears to rev up the ability of immune cells within the brain to reduce the constant flow of the misshapen alpha-synuclein protein produced by damaged neurons, allowing normal alpha-synuclein to facilitate release of stored dopamine.

“We detect the drug in the brain producing multiple effects, including improving dopamine metabolism — reducing both inflammation and toxic alpha-synuclein. This is unprecedented for any drug now used to treat Parkinson’s disease,” says the study’s senior author, Charbel Moussa, MBBS, PhD, director of the Laboratory for Dementia and Parkinsonism, and scientific and clinical research director of the Translational Neurotherapeutics Program at Georgetown University Medical Center.

The research team examined cerebral spinal fluid (CSF) and plasma collected from patients participating in the clinical trial to examine Parkinson’s disease biomarkers. The CSF was collected after a single dose of nilotinib or placebo was administered.

Researchers examined levels of dopamine breakdown products, 3,4-Dihydroxyphenylacetic acid (DOPAC) and homovanillic acid (HVA) in the CSF that bathes the brain and spinal cord of patients, after nilotinib or placebo. They also looked at levels of TREM-2, which reflects the immune response to inflammation.

Without nilotinib treatment, DOPAC and HVA were at low levels in the CSF of all patients. These molecules are produced when dopamine is broken down, or metabolized. A low level suggests a low level of dopamine is being used in the brain.

Investigators divided participants into five groups to test different drug levels (150, 200, 300 or 400 mg.) or a placebo. After a single dose of nilotinib, they found DOPAC and HVA were elevated in patients who received nilotinib compared to placebo, suggesting the brain was utilizing substantially more dopamine. The optimal dose of nilotinib for elevating DOPAC and HVA, they found, was 200 mg.

“When the drug is used, levels of these breakdown molecules quickly rise. This is what we also found in our preclinical studies and proof of concept clinical trial,” says Moussa. “This is exciting because this kind of potential treatment for Parkinson’s could increase use of a patient’s own dopamine instead of using or periodically increasing drugs that mimic dopamine.”

They also found 150 mgs dose of nilotinib treatment led to a significant reduction of alpha-synuclein in the blood, outside of the CSF. Alpha-synuclein is typically very high, and may be toxic, in the blood of Parkinson’s disease patients.

In addition, the single dose of nilotinib (200 mg.) significantly increased the CSF level of TREM-2 in patients. “This suggests an elevated beneficial immune activity that targets misfolded alpha-synuclein for destruction.

He explains that under normal circumstances, the brain stores as much dopamine neurotransmitter as it can and uses it regularly to transmit messages across neurons. Research suggests that normal alpha-synuclein helps maintain the vesicles that dopamine is stored in and helps release the neurotransmitter when needed. But in Parkinson’s disease, dopamine-secreting neurons produce alpha-synuclein that is folded up (misfolded), and so cannot mediate dopamine re-cycling and breakdown. Eventually, more and more dopamine-secreting neurons emit the tangled protein and die.

In preclinical studies, Moussa says nilotinib appears to trigger brain cells (including immune cells and neurons) to attack the misfolded protein that is being produced, allowing normal alpha-synuclein to access and release dopamine from storage vesicles. Hence the increase in TREM-2 and dopamine breakdown chemicals in the central spinal fluid, Moussa says. Dopamine produced in the brain is then recycled, stored in vesicles and available for future use. The cycle repeats itself over and over.

Fernando Pagan, MD, principal investigator of the clinical trial and first author of the paper says the scientific evaluation of nilotinib’s effect suggest it can reduce toxic alpha-synuclein and brain inflammation, while protecting dopamine and dopamine-secreting neurons. Pagan is medical director of Georgetown’s Translational Neurotherapeutics Program and director of the Movement Disorders Clinic at MedStar Georgetown University Hospital.

“Whether or not, or how much, the drug demonstrates improved clinical outcomes will be determined when the phase II clinical trial results are in,” he says.

Georgetown holds an issued US patent for the use of nilotinib for the treatment of certain neurodegenerative diseases and has other pending patent applications in US and foreign jurisdictions. Moussa is also the named inventor on this related intellectual property.

This study was supported by the Lasky-Barajas Family Fund and other donors. Novartis, the maker of nilotinib, provided nilotinib and matching placebo free of cost to Georgetown University for all participants while on the study.