A Rise in Young People Diagnosed with Colon Cancer 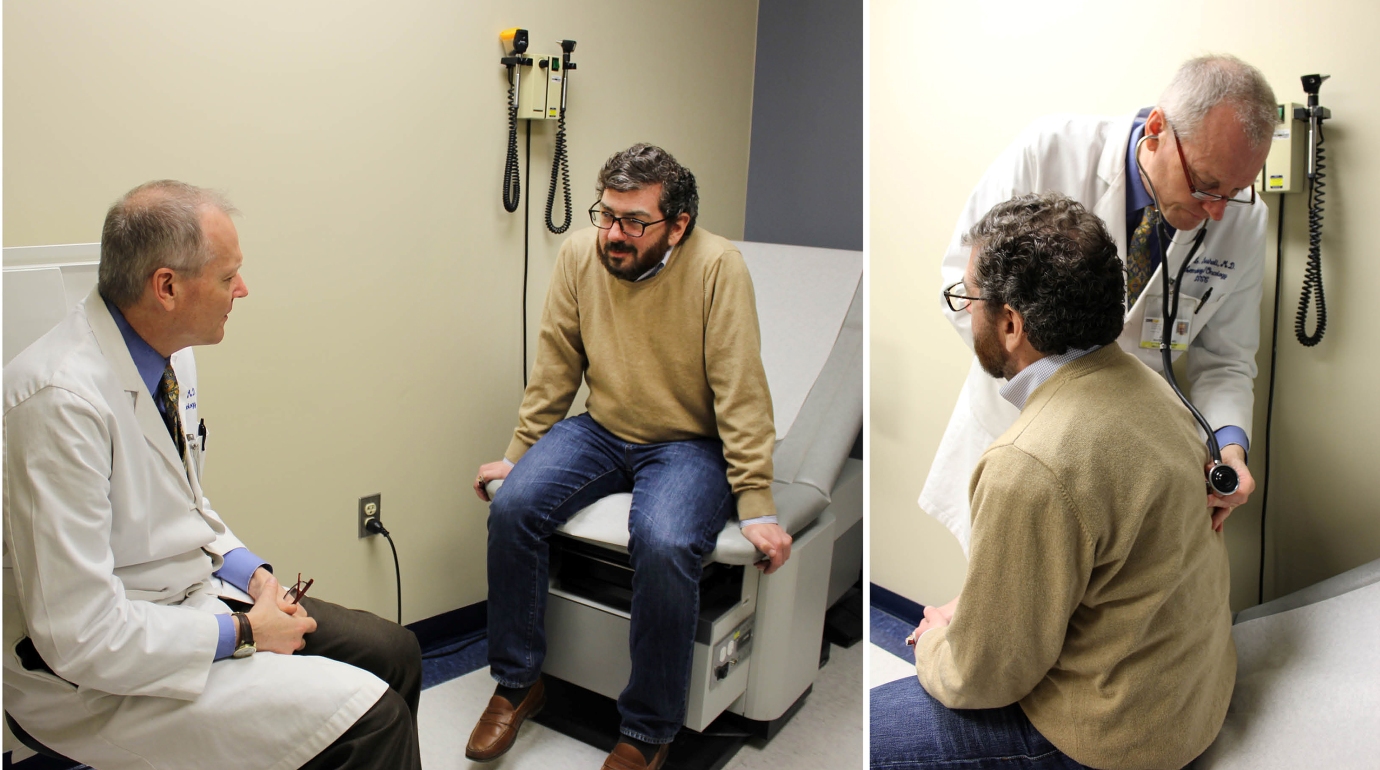 “Sometimes you really have to stand up for yourself and say, ‘no, I want a colonoscopy!’” said Wyatt Smith, a 33-year-old patient with colon cancer.

At age 28, Smith was diagnosed with stage 4 colon cancer that spread to his liver.  He suffered from abdominal pain and irregular bowel movements for two years before he sought help from doctors. One doctor thought Smith had irritable bowel syndrome (IBS) or colitis. Another doctor blamed his symptoms on diet. Later, a colonoscopy exam revealed a tumor at the bottom of Smith’s rectum. It was colorectal cancer (CRC), a condition normally associated with an aging population.

“Cancer was nowhere on my mind. I was dumbfounded!” said Smith.

Colon cancer is the third most common cancer in men and women combined, according to the Centers for Disease Control and Prevention (CDC). The National Cancer Institute’s researchers predict a 90% increase for colon cancer incident rates in young people ages 20- to 34-years-old by 2030, based on patient data from 1975 to 2010. 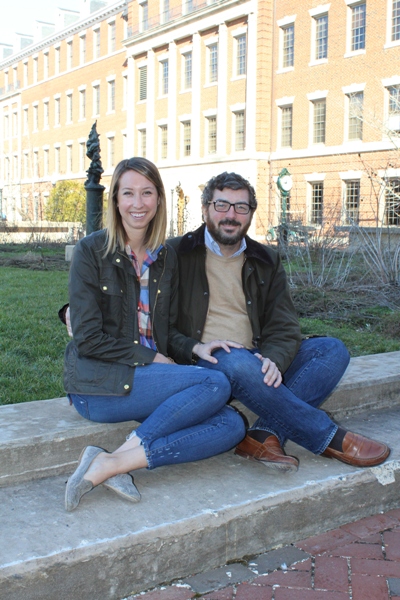 “When I went to medical school, I was taught that colon cancer is a 50 and older disease, but on any given day more than half of my clinic is filled with patients under the age of 50,” said John Marshall, MD, chief of Hematology and Oncology at MedStar Georgetown, and Wyatt Smith’s current physician. “The lack of early detection has lead to some young people under the age of 50 presenting with more advanced disease.”

According to the Colon Cancer Alliance (CCA), an advocacy group dedicated to prevention, patient support and research, young-onset cancer usually begins in the rectum or in a part of the colon that is located near the rectum. Finding cancer in this area can be difficult without a colonoscopy, which means the cancer would then present at a later stage if patients wait to turn 50 to be screened for colon cancer.

The CCA also estimates that 15-50% of young-onset colon cancer patients suffer from misdiagnoses and unrecognized symptoms, which is one reason Mark Mattar, MD and gastroenterologist at MedStar Georgetown, urges young people to get evaluated if they have symptoms or risk factors. He says performing a diagnostic colonoscopy better determines whether a young patient has IBS, inflammatory bowel disease, celiac disease or cancer.

“The goal of screening is to catch the precancerous polyp before any symptoms,” said Dr. Mattar. “Once you have a tumor, you may have a change in your stool caliber, blood in the stool, weight loss, chills or abdominal pain that does not improve.”

Regardless of age, Dr. Mattar recommends that all patients make a prompt appointment with a gastroenterologist if they experience the following symptoms:

While Smith’s care team continues to treat his cancer and focus on his quality of life today, he continues to advocate for other young patients.

“Age 50 seems like an arbitrary number,” said Smith, thinking about screening guidelines as he received one of his recent chemo infusions at MedStar Georgetown. ”My advice to young people is to listen to your body and be your own advocate with doctors and insurance.” 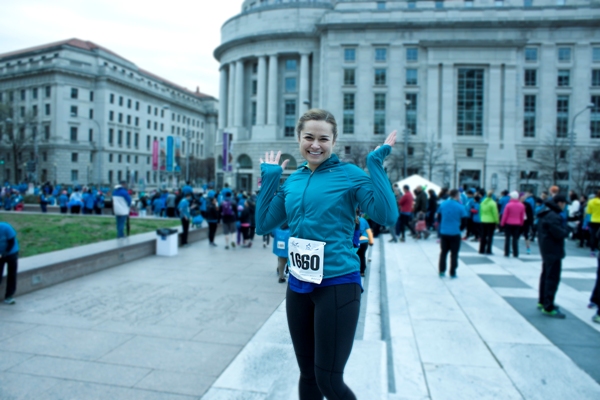 Joining Smith’s mission to encourage screening for colon cancer at a younger age is colon cancer survivor Austin Thomas. Dressed in her colon-cancer-blue t-shirt and running shoes, she lead the warm up on stage at the Scope it Out 5K held in D.C. this past March.

“When I had symptoms, it was easy for me to think ‘no pain, no gain,’ but I want young people to know that if you’re not feeling well, your body is telling you something,” said Thomas. “Don’t dismiss your symptoms! As uncomfortable as a rectal exam is, it’s quite simple. Why risk it? Get checked!”

Thomas, a nutrition and fitness enthusiast was diagnosed with stage 4 colon cancer at age 27. Her symptoms included severe stomach pain and intermittent rectal bleeding. Doctors thought she had IBS or a ruptured ovarian cyst. A colonoscopy eventually revealed complete blockage due to a tumor. Other tests showed that the cancer had spread to her liver.

For over a year, Thomas took her chemo drugs for treatment, but she continued to train by biking and swimming as a distraction from her cancer. She ran a half marathon after one infusion goal, and, after her final infusion and having no evidence of the disease (NED), she ran the Army 10-Miler.

Similarly, Smith refused to let his treatments stop him from working and traveling. Hours after he got the news about the aggressive cancer returning, Smith and his fiancé took off to Rome for a week. He said it was what he needed to escape for a bit. One of his goals is to step foot on every continent.  The couple plans to marry in Cape Cod by the end of the year. 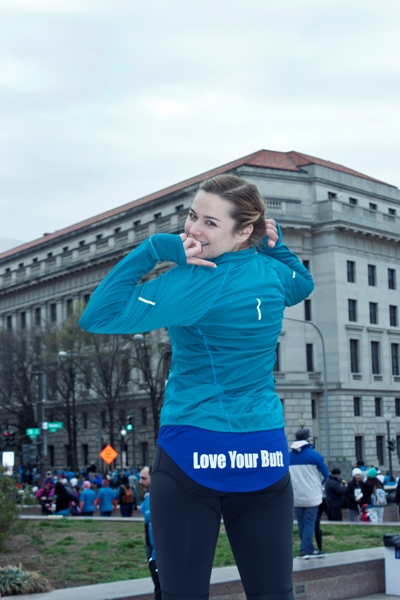 “My only advice is to listen to your body,” Smith emphasized. “If you feel like your symptoms are being dismissed by your doctor, say something!”

Providers suggest getting a second and third opinion to better understand alternative options for care. To help with navigation through colon cancer care, doctors encourage patients to ask the following questions:

Like many other health conditions, prevention and early detection are key to fighting colon cancer.

“Do whatever you can to stay out of my office!” said Dr. Marshall.