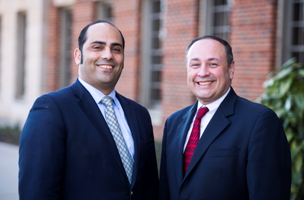 WASHINGTON — A small phase I study provides molecular evidence that an FDA-approved drug for leukemia significantly increased brain dopamine and reduced toxic proteins linked to disease progression in patients with Parkinson’s disease or dementia with Lewy bodies. Dopamine is the brain chemical (neurotransmitter) lost as a result of death of dopamine-producing neurons in these neurodegenerative diseases.

The study tested nilotinib taken daily for six months. A much smaller dose of nilotinib (150 or 300 mg once daily) was used compared to the dose for chronic myelogenous leukemia (300-400 mg twice daily). Twelve patients were enrolled in the clinical trial — one patient withdrew due to an adverse event. Researchers say the drug appears to be safe and well tolerated in the remaining 11 participants who completed the study.

In addition to safety, the researchers also examined biological markers in the blood and cerebral spinal fluid as well as cognitive, motor and non-motor improvement. They found significant signs that nilotinib may provide benefit for patients with these neurodegenerative diseases.

“These results need to be viewed with caution and further validated in larger placebo controlled trials, because this study was small, the patients were very different from each other, and there was no placebo,” says the study’s senior investigator, Charbel Moussa, MD, PhD, scientific and clinical research director of the GUMC Translational Neurotherpeutics Program.

Among the biomarker findings were that:

In addition, Moussa adds that it appears nilotinib attenuated the loss of CSF alpha-synuclein, a toxic protein that accumulates within neurons, resulting in reduced CSF levels in both Parkinson’s disease and dementia with Lewy bodies.

The researchers also said that all 11 patients who tolerated the drug reported meaningful clinical improvements. All patients were at mid-advanced stages of Parkinsonism and they all had mild to severe cognitive impairment.

“Patients progressively improved in motor and cognitive functions as long as they were on the drug — despite the decreased use of dopamine replacement therapies in those participants with Parkinson’s and dementia with Lewy bodies,” says the study’s lead author, Fernando Pagan, MD, medical director of the GUMC Translational Neurotherpeutics Program and director of the Movement Disorders Program at MedStar Georgetown University Hospital.

But three months after withdrawal of the drug, participants returned to the same reduced cognitive and motor state they had before the study began, Pagan adds.

Some serious side effects were reported including one patient who withdrew at week four of treatment due to heart attack and three incidents of urinary tract infection or pneumonia. The researchers say these incidents are not uncommon in this patient population, and additional studies are needed to determine if the adverse events are related to use of nilotinib.

“Long term safety of nilotinib is a priority, so it is important that further studies be conducted to determine the safest and most effective dose in Parkinson’s, says Pagan.

The researchers designed the clinical trial to translate several notable observations in the laboratory. The preclinical studies, led by Moussa, showed that nilotinib, a tyrosine kinase inhibitor, effectively penetrates the blood-brain barrier and destroys toxic proteins that build up in Parkinson’s disease and dementia by turning on the “garbage disposal machinery” inside neurons.

Their published studies also showed nilotinib increases the levels of the dopamine neurotransmitter — the chemical lost as a result of neuronal destruction due to toxic protein accumulation — and improves motor and cognitive outcomes in Parkinson’s and Alzheimer’s disease animal models.

“Our hope is to clarify the benefits of nilotinib to patients in a much larger and well controlled study. This was a very promising start,” Moussa says. “If these data hold out in further studies, nilotinib would be the most important treatment for Parkinsonism since the discovery of Levodopa almost 50 years ago.”

He adds, “Additionally, if we can validate nilotinib effects on cognition in upcoming larger and placebo controlled trials, this drug could become one of the first treatments for dementia with Lewy bodies, which has no cure, and possibly other dementias.”

The phase I study received philanthropic funding and was supported by the Georgetown-Howard Universities Center for Clinical and Translational Science.

Moussa is listed as an inventor on a patent application that Georgetown University filed related to the use of nilotinib and other tyrosine kinase inhibitors for the treatment of neurodegenerative diseases.

The researchers represent the MedStar Georgetown Movement Disorders Program, GUMC’s Translational Neurotherapeutics Program, the Laboratory for Dementia and Parkinsonism, the Georgetown-Howard Universities Center for Clinical and Translational Science Clinical Research and the department of biostatistics.