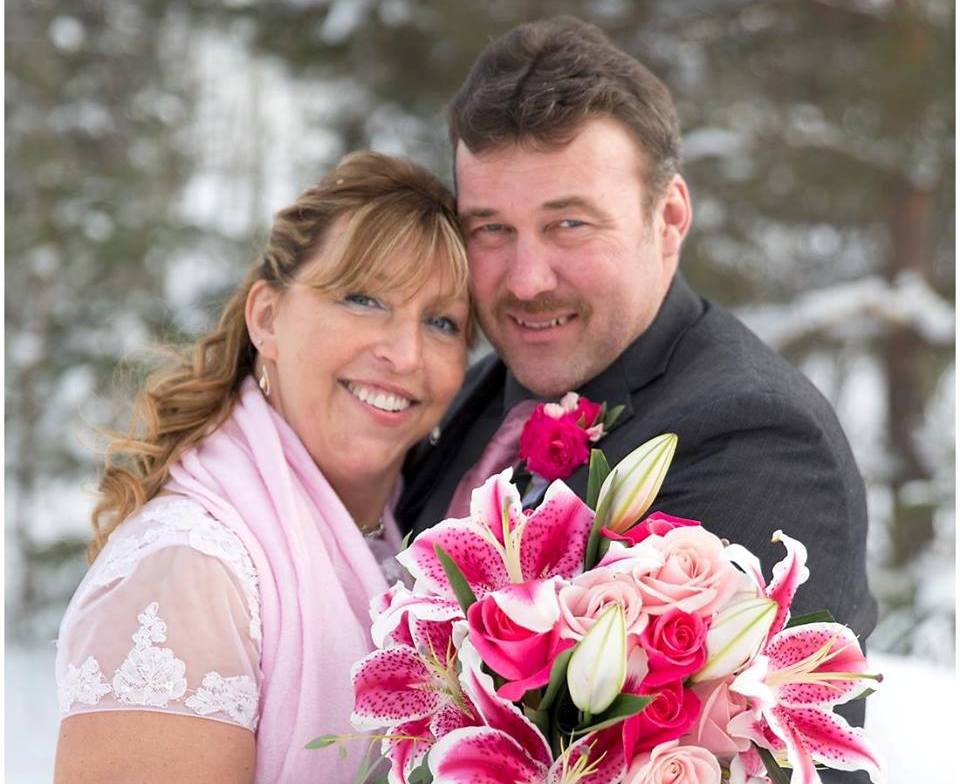 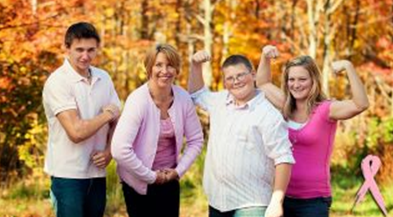 Susan Wolfe, 51 of northern Wisconsin is enjoying relief from the debilitating side effects of breast cancer surgery and radiation thanks to a revolutionary procedure now available at MedStar Georgetown that allows surgeons to transfer lymph nodes from one part of the body to another.

Susan was diagnosed with stage III B breast cancer in August 2011 after what she thought was just a cyst that kept getting bigger.

“I sat my kids down and told them ‘we’re going to laugh our way through this and get through it one way or another.’ As a single mom who had just lost my full-time day job, I was determined to keep going with my education and my treatment,” says Susan.

Working as a waitress and newly enrolled in General Business classes pursuing her Associates Degree, Susan worked all the way through her surgery, chemotherapy and 33 rounds of radiation.

After graduation from her program in 2012, Susan had six surgeries to try to reconstruct her breast to relieve the tissue and scar damage that was left behind due to radiation.

“Because 18 lymph nodes were removed during my mastectomy, then the radiation and because the tumor had been the size of a lime and so deep in my chest wall, the skin of my left arm and chest got so uncomfortably tight.”

Susan began to experience a condition called lymphedema, a painful and disfiguring side effect of breast cancer surgery that removes the lymph nodes and radiation that can damage healthy tissue.

“My arm ached terribly,” says Susan.  “It was always so heavy. Due to the radiation and surgeries, the tissue from my shoulder to my chest was stretched as tight as you can imagine.”

“The lymph nodes are responsible for clearing the body of wastes, bacteria and other substances from tissues,” says David H. Song, MD, Washington Regional Chief of Plastic Surgery for MedStar Health and chief of Plastic Surgery at MedStar Georgetown University Hospital.  Dr. Song is an internationally recognized expert in plastic surgery and is known for his pioneering work in lymphovenous bypass and lymph node transfer using microsurgical and super-microsurgical techniques to reduce the severity of lymphedema.

“When you remove the lymph nodes for breast cancer surgery or the area undergoes radiation to treat the cancer, a condition called lymphedema can occur in up to 20 percent of women, says Dr. Song.”

“It was terrible.  Despite physical therapy, lymphatic massage, using a compression pump daily and wearing my compression sleeve, I could only wear sleeveless clothes or clothing with very large sleeves,” says Susan. “I had to lie down in awkward positions, so sleeping was difficult. And the lymphedema was only getting worse.”

Susan was referred by her oncologist to the University of Chicago Medical Clinic for lymph node transfer where she met with Dr. Song in 2016 when he worked in Chicago.  At the time, Dr. Song was in the process of coming to MedStar Georgetown University Hospital.  Then in May 2017 Susan came to Georgetown for a new procedure where Dr. Song would remove healthy lymph nodes from her back and side and transfer them to the affected area around her left breast.

“It was amazing,” says Susan. "After the surgery I had immediate relief. And I mean immediate. That heavy aching feeling was gone.”

Patients can usually leave the hospital in a few days and get back to some of their activities in a week or two.

“I had the surgery on a Tuesday, was on a work conference call on Thursday and back at work the following Tuesday.”

“I’m so happy.  My quality of life is so much better.  You do things with your hands and arms that you don’t even realize. Walking with my arm down made it swell up.  I can wear regular clothing again. This procedure has changed so many things for me.”

Now working as a general manager for a large hospitality chain, Susan wants other women to know that there is life and love after cancer.

"I was blessed to remarry four years to the date of my last chemotherapy treatment, a very special day indeed! I wore the pink breast cancer shoes for my wedding, took them off and handed them to my husband before the ceremony and said, ‘I'm officially handing over my running shoes.’"