A Commitment of a Lifetime
Use My Current Location

A Commitment of a Lifetime - A Gratitude Story 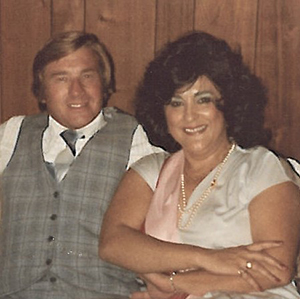 When Robert E. Lee Smith, Jr., known to his friends as Bobby, passed away in early 2021, he left behind a legacy of taking care of others that was instilled in him as a young boy. “Bobby’s mother, who ran the Red Door Country Store in Sandy Spring, Maryland was known for her business acumen as well as her willingness to help those in need,” says Todd Greenstone, a lifelong friend of Bobby’s who serves on the Philanthropy Committee at MedStar Montgomery Medical Center. “Everybody, especially Bobby, took note of that.”

Bobby and his wife Shirley eventually became accomplished entrepreneurs, founding RELS, Inc., a successful landscaping and trucking business located adjacent to the store his mother operated for many years. Active in the community, they contributed generously in many ways to a variety of non-profit organizations over the years.

In 2013, Shirley took her last breath at MedStar Montgomery due to throat cancer. Bobby honored his wife of 48 years through philanthropic partnerships to several of the hospital’s cancer initiatives, one of which led to the establishment of the Shirley A. Smith Infusion Center. The infusion center includes nine bays and one isolation room, providing the community a unified approach to oncology that is close to home.

“Bobby appreciated life and lived life to the fullest. Everything always had to be top-notch,” Todd explains. “He was always concerned about others and making sure that their needs were met.”

So, when it came time to do his estate planning, he decided to make a planned gift to MedStar Montgomery. “When I visited him shortly before his passing, we talked about his gift. It was obvious that he realized the positive impact his gift would have on the community and that made him happy,” Todd says.

Bobby’s philanthropic investment, worth $1.8 million, is the largest gift MedStar Montgomery has ever received from a single individual. Click here to learn more.