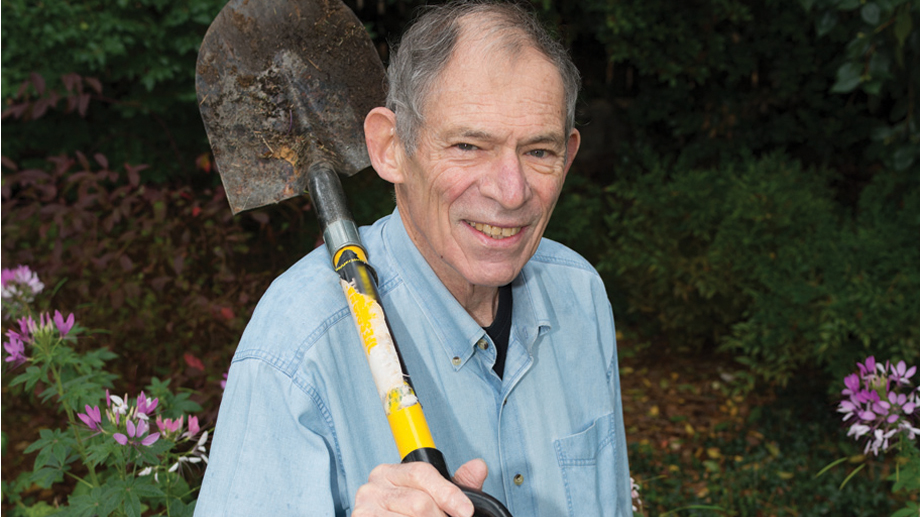 Former journalist Mike Feinsilber, 78, could barely walk more than a few blocks; 60-year-old Ray Weil, a University of Maryland professor with an active lifestyle, had trouble covering more than a few feet.

The culprit in both cases was years in the making and the cause of misery for so many: severe leg pain stemming from a bad back.

At various times, both men tried to stave off pain and disability through a combination of traditional and complementary approaches, including physical therapy, chiropractic therapy, and acupuncture. Nothing really worked or brought relief for very long.

“We use minimally invasive approaches whenever we can get equal or better results than in open surgery,” said Dr. Sandhu, director of spine surgery. “In our experience, that’s 80 percent of the time. Thanks to these procedures, we’ve even successfully relieved pain and restored mobility to patients in their 80s and 90s who could never undergo a major open surgery.”

Nationwide, less than 20 percent of spinal surgeries are performed using minimally invasive techniques. However, the procedure is gaining acceptance, as more physicians become acquainted with its benefits.

Minimally invasive spinal surgery preserves as much of the body’s original architecture as possible by splitting muscles and ligaments, rather than detaching or stripping them from the bone. That technique results in smaller incisions, less blood loss, and improved recovery overall.

In addition, the approach can decrease potential long-term problems or complications that can occur after open procedures. According to Dr. Voyadzis, equally important are the results.

“Minimally invasive spinal surgery really only came into its own a decade ago,” he said. “A growing number of studies are demonstrating that these techniques are safe and effective—when compared to traditional approaches, with patients returning to normal activities faster.”

That certainly appealed to Ray, whose severe back pain was a constant companion for 30 years. When it started affecting his legs, Ray reluctantly looked into surgery. The news he first received—from another top-rated institution—was unsettling.

“The other surgeon told me that he’d have to cut muscle, tendon, and bone, and fuse three vertebrae,” said the soil scientist. “He also cautioned I could only expect to reduce the pain by about 40 percent in my back and 80 percent in my legs. And that my days of jogging, yoga and digging were probably over.”

So Ray searched for a better alternative and soon had an appointment with Dr. Voyadzis, with great results. Shortly after minimally invasive surgery to stabilize his vertebrae and decompress his spinal nerves, Ray’s pain disappeared. Within two weeks, he was walking a mile or two a day. Now, he does 80 crunches each morning, rides his bike to work, prunes trees, and chops wood—just about everything he did before his back pain started.

As for Mike Feinsilber, he already knew about MedStar Georgetown after the “big success” of his quadruple bypass surgery years earlier. After exploring other options for his spinal stenosis, he asked Dr. Sandhu to tackle it. Through a solitary incision less than 1 inch long, Dr. Sandhu removed the bone and ligaments that were compressing the nerves at two levels in Mike’s lumbar area.

“I found relief right away,” Mike says. “Recovery was pretty painless: I was on my feet within a few hours and went home the next day.”

With their training, experience, and record of accomplishment, Drs. Sandhu and Voyadzis wrote the book on minimally invasive spine surgery—literally. The MedStar Georgetown specialists have one textbook on the topic to their credit with another in the works. They’ve also co-authored numerous peer-reviewed articles and regularly train physicians in the U.S., Europe, and Latin America on the special techniques involved.

“The patient benefits are just so great,” said Dr. Sandhu. “We’re absolutely dedicated to resolving the maximum number of problems with the most minimally invasive techniques.”

“My ‘before’ experience was a bad situation only getting worse,” said Mike. “My ‘after’ situation—and it came immediately after surgery— was great: blessed normality. No pain, no difficulty walking. My back hasn’t felt this good in 20 years.”