MedStar Health is one of the few hospitals in the Washington, D.C., metropolitan region that performs transoral robotic surgery (TORS) for head and neck cancer and obstructive sleep apnea (OSA). The da Vinci robot is used for all TORS surgeries.

Traditionally, cancers of the oropharynx (tonsils and base of tongue) and supraglottis (above the vocal cords) have been treated with radical surgery. These radical surgeries can result in poor cosmetic outcomes, and may result in difficulties with speech and swallowing. More recently, these cancers have been treated with a combination of chemotherapy and radiation. However, significant side effects such as prolonged feeding tube placement, loss of taste and sensation in the throat, and pain can result from combined chemoradiation.

TORS was recently developed as a minimally invasive alternative to these radical surgeries. Removal of these tumors with TORS results in excellent speech and swallowing outcomes, and frequently eliminates the need for chemotherapy. Radiation is usually still required after TORS surgery, but could potentially be given at a lower dosage.

Functional outcomes of swallowing and speech are excellent after TORS surgery. Prolonged feeding tube requirement following this treatment is rare. The TORS approach is rapidly changing the approach to tumors of the throat that were previously very difficult to access. 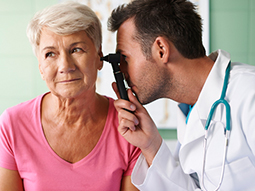 Getting the care you need starts with seeing one of our otolaryngologists.