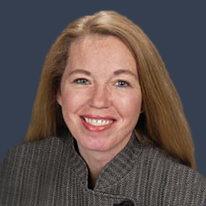 Thene Martin is a partner with the law firm of Hogan & Hartson, LLP and practices in the areas of corporate and finance law, with particular focuses on mergers & acquisitions and private equity/venture capital transactions. Her clients include prominent regional, national and international investment funds, corporations and educational institutions.

At Hogan & Hartson, Thene has been a member of the Diversity Committee since 2000, and has also served on the firm's Recruitment Committee and its Mergers & Acquisitions Steering Committee. Prior to joining Hogan & Hartson in 1993, Thene practiced in the New York and Washington offices of Fried, Frank, Harris, Shriver & Jacobson.

Thene served as President of the NRH Board of Associates in 2006 and is a member of the National Board of Advisors of the American Military Spouse Education Foundation and is active in the Capital Speakers Club. Thene received her undergraduate and law degrees from the University of Minnesota and was an exchange student at Uppsala Universitet Juridicum in Uppsala, Sweden. She is admitted to the bars of New York, the District of Columbia and Maryland.