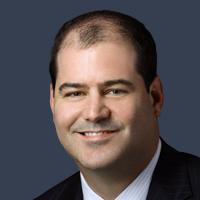 After receiving his undergraduate degree in finance from Michigan State University, Rockwood received his master's degree in finance from Johns Hopkins University while working at MedStar Health. He has been an integral part of MedStar NRH's operational and strategic growth over the years, and was a member of MedStar Health's inaugural Executive Development Institute Class in 2004.

Rockwood currently serves as the chair-elect for the board of directors for the District of Columbia Hospital Association. He recently was elected to serve on the board of directors for the American Medical Rehabilitation Providers Association, and serves on the boards of NRH Ambulatory Inc., and MedStar NRH-Peninsula Regional Rehabilitation, LLC. Rockwood is an active member of the American College of Healthcare Executives (ACHE), and was awarded ACHE Early Career Healthcare Executive Regent's Award in 2003.