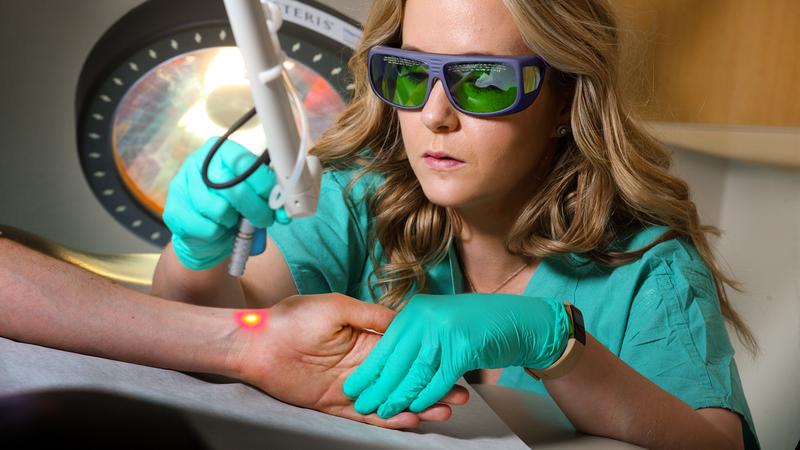 WASHINGTON – The Burn Center at MedStar Washington Hospital Center has performed its 1,000th laser scar revision procedure. As the Washington region’s only Burn Center, it is the only facility in the Washington, D.C., area with the specialized laser equipment and expertise to treat hypertrophic scars caused by burns.

When burned skin heals, scars often develop. Because they are made of tighter, denser, stiffer skin, scars can be painful, sensitive, itchy, and they can make movement difficult. With laser treatments, problematic scars gradually become thinner and suppler, helping patients regain movement, overcome pain, and improve the appearance of their scar tissue.

“Today’s laser scar revision is very gratifying because we can offer dramatic improvements to the patient with no significant side effects or down time,” said Taryn Travis, MD, burn surgeon, MedStar Washington Hospital Center. “After just one session, 96.5 percent of patients treated at the Burn Center report improvement in their scarring in the form of increased range of motion or reduction of pain, itch, or other discomfort.”

On average, problem scarring can reduce range of motion to as little as 70 percent of normal. After one or two treatments, that number improves to 76 percent. After the third treatment, patients may approach as much as 90 percent of normal capacity. Such improvement frequently enables patients whose scarring had rendered them unable to work to return to their jobs and other activities.

The Burn Center uses multiple laser and light technologies, with the most frequent being fractional ablative lasers. This specialized technology creates microscopic holes in the scar tissue, making incremental improvements by releasing tension and changing the building blocks of scar. Over time, with repeated sessions, the thick, dense scar tissue gives way to more normal skin.

Laser treatment is a same-day procedure that takes 45 minutes or less. Patients are sedated during the procedure for comfort. General anesthesia is usually not needed unless the treatment area is large or on the neck or face.

In years past, physicians waited at least a year before surgical scar revision. Today, it can begin as soon as the patient’s burn injury heals. It can even improve and relieve older scarring that has been problematic for decades.

The Burn Center at MedStar Washington Hospital Center began offering laser scar revision in 2016. That year, it performed 17 procedures. Now, more than 200 laser sessions are done each year, helping burn survivors improve the appearance of their scars and their quality of life. 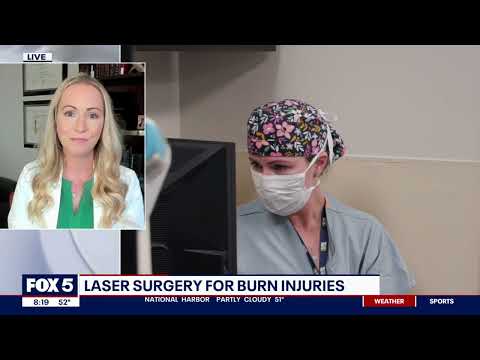