What to Do About the 2020 Impact on Healthcare Providers

What to Do About the 2020 Impact on Healthcare Providers 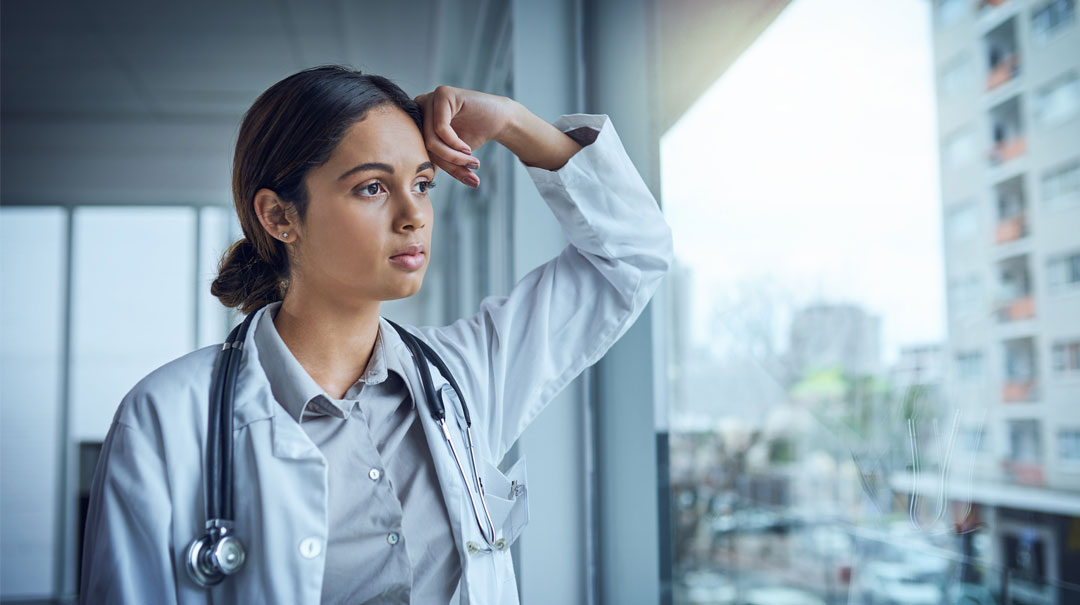 For most doctors and other providers, 2020 was a year to end all years.

In early 2020, we began to hear of a novel virus more lethal than the flu, emerging in China.

In a few short months, medical care was radically transformed. We began to shelter in place, practice social distancing, wear facial masks, and frequently wash our hands. Rounding in the hospital and communing with colleagues stopped; meetings and grand rounds were canceled or went online. Office visits became televisits, elective surgeries were canceled, hospital units morphed into COVID-19 patient care. Doctors stopped seeing patients who were afraid to come to hospitals, lest they be exposed to the virus.

Healthcare workers had to learn how to protect themselves from the illness as they rendered care, especially since the virus infects not only the lungs, but many other organ systems. For much of healthcare in America, PPE supplies became limited in some areas, and therapies were not defined.

But this disaster year was continuous, with more facets. Unhealed racial wounds ripped open, as confrontation occurred between police and citizens. Civil unrest and protests erupted across America.

During the summer, a heat wave settled in the southern U.S. Wildfires erupted on the West Coast, due to drought conditions and high winds with low humidity. Many lost lives to the fires, and others their homes and livelihoods. More hurricanes arose in the tropics this year than ever before, and five struck the Louisiana coast.

Our usual social interactions contracted from many to just a few. A striking shift occurred in our socializing, from every day enjoyable communing, to sudden lonely isolation.

Not surprisingly, doctors, indeed everyone in healthcare, have been stressed to the max. The mental fallout will be huge and long-lasting. Even after single disasters, we know that mental health has the biggest impact, is the most pervasive, and is long-lasting.

A recent study reported in The Washington Post showed one-third of physicians surveyed felt hopeless, one-fifth sought mental health support, and one-fifth reported increased use of medication, illicit medication, or alcohol. Almost three-fourths of doctors have had financial loss. Older doctors are retiring early, as the risk for them to catch COVID-19 is high, and they find telemedicine less than satisfactory. Sadly, doctor suicides are now at the highest, and we know physicians usually succeed on the first try, for obvious reasons.

How can we better cope with our current situation?

The author gratefully acknowledges adopting a conceptual framework and facts about disasters, in a lecture by Josh Morgenstein, MD, and Kerri Palamara, MD, online by American College of Physicians.