Can Daily Aspirin Use Help Prevent a Heart Attack

Can Daily Aspirin Use Help Prevent a Heart Attack 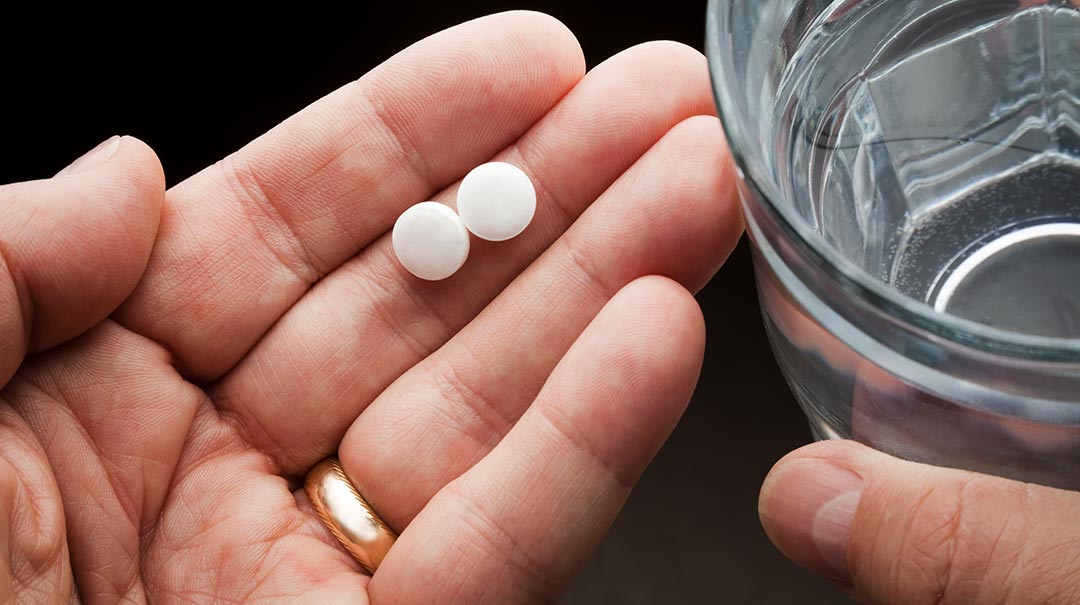 Aspirin has long been used as a therapy to reduce the risk of stroke, heart attacks, and heart disease. But research released in September 2018 as part of the ASPREE (Aspirin in Reducing Events in the Elderly) study has left many patients questioning if aspirin should be part of their heart health strategy.

The answer is not straightforward because the risks and benefits vary for each patient. It’s important for patients and their doctors to talk about these findings and how they might affect their individualized treatment plan.

First, let’s learn more about the new research, and then we’ll look at who may benefit from taking aspirin daily.

The ASPREE trial found that daily aspirin use did not improve the lifespan of patients who were 65 or older. The trial involved monitoring elderly patients in Australia and the U.S. who were in relatively good health with no heart disease at the beginning of the study.

The trial’s results, published in The New England Journal of Medicine, suggest that aspirin use did not:

In ASPREE’s conclusion, the authors state that the results were unexpected and should be interpreted with caution. The study also highlights that additional research is needed to confirm or refute the findings. It is important to remember the patients involved in the ASPREE study were using aspirin for preventing a first heart attack or stroke. This study did not include patients with a previous history of heart attack or stroke.

Weighing the Risks and Benefits of Aspirin Therapy

Many heart attack and stroke survivors take aspirin daily to lower the chance of having an additional heart attack or stroke. This is called secondary prevention. According to the American Heart Association, the evidence is clear that a daily low-dose aspirin is beneficial for this group of patients.

For patients without a history of prior heart attack or stroke, it is important to look at the individualized risks and benefits. If you have experienced peptic ulcer disease, gastric ulcers, or bleeding episodes related to the gastrointestinal tract, daily aspirin use to lower cardiovascular risk should generally be avoided for primary prevention. Patients with other conditions that may raise the risk of bleeding problems, such as kidney failure requiring dialysis, may also be at a higher risk for bleeding complications. These medical conditions are among those that should be carefully considered when deciding on whether aspirin should be used as a primary prevention strategy.

On the other hand, if you’ve been taking aspirin daily and it’s working as part of your overall heart health strategy, it may be reasonable to continue taking aspirin. The overall strategy to reduce your cardiovascular risk should also include:

Patients who effectively reduce their risk of heart or vascular disease often use a variety of these strategies. Individuals who are most successful in reducing their cardiovascular risk often make significant lifestyle changes in many areas.

Whether you take aspirin daily or you’re considering adding aspirin to your health strategy, talk to your doctor about whether aspirin therapy is right for you.

Call 202-877-3627 or click below to request an appointment with a cardiologist to discuss whether you should be on aspirin therapy to reduce your risk of having a heart attack or stroke.