Why I stand behind digital rectal exams for prostate cancer screening

Why I Stand Behind Digital Rectal Exams for Prostate Cancer Screening 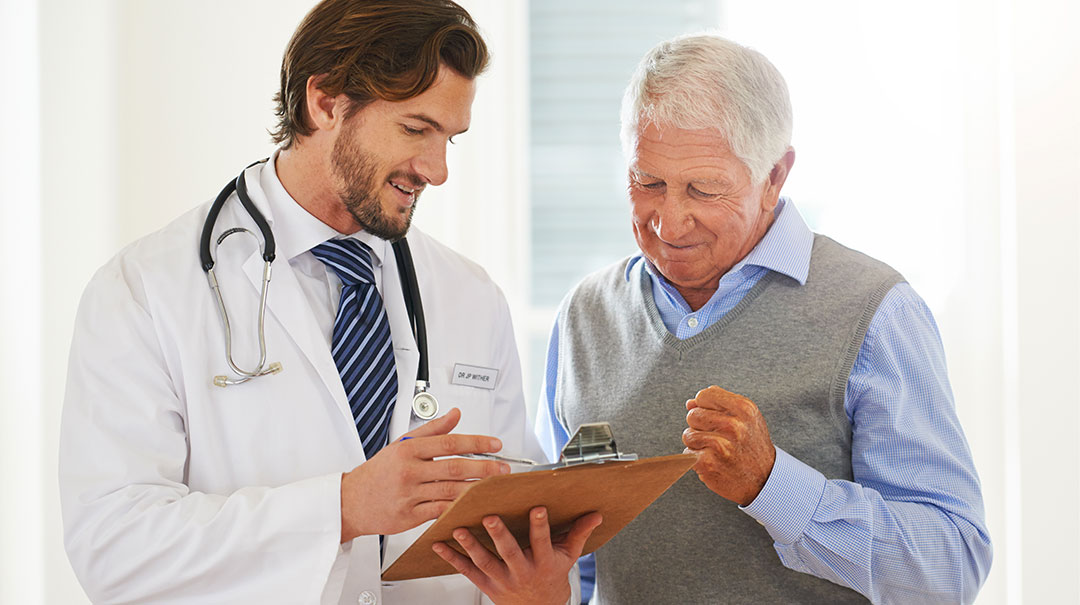 "You want to put your finger where? Why? Do you really need to do that?” I’ve heard many men say this or something similar after I recommend a digital rectal exam, also known as a DRE.

I understand where they’re coming from. The test can be a little uncomfortable. But the value of DREs in detecting prostate cancer and other urological problems far outweighs a little awkwardness. That’s especially important for patients in Washington, D.C., We have the second-highest incidence rate of prostate cancer in the country and the highest number of people who die from the disease.

Better together: A PSA test and digital rectal exam

PSA is a protein that’s created by the prostate and present in semen. Small amounts of PSA naturally leak out into the bloodstream, but a higher-than-normal amount of PSA in the blood can indicate that a man may have prostate cancer. An elevated PSA level also can be sign of prostatitis (infection or inflammation of the prostate) or an enlarged prostate (also known as benign prostatic hyperplasia).

When one of my patients has a high level of PSA in his blood, a DRE helps me understand and interpret what’s really going on inside the prostate. By feeling for any lumps or signs of cancer in the prostate, the rectum or nearby organs, I can get a better idea of whether my patient has prostate cancer, an enlarged prostate, or another condition. The combination screenings of PSA and DRE can tell us whether we need to move forward with more-invasive testing, such as a prostate biopsy.

Who needs a digital rectal exam?

Your doctor’s recommendation will depend on your individual risk for prostate cancer. Certain factors can increase your risk, such as being of African-American descent or having a father, son or brother (a first-degree relative) who was diagnosed with prostate cancer when he was younger than 65.

The American Cancer Society recommends that doctors and patients discuss screening based on unique risk factors and following these general age guidelines:

If your PSA test is normal, you probably only need to have PSA tests and DREs every two years. An elevated PSA test might mean you need yearly screenings to make sure we don’t see evidence of prostate cancer.

Men who are older than 70 usually don’t need a DRE or other prostate cancer screening. We also usually recommend against screening in men who aren’t expected to live at least 10 more years, as they’re less likely to benefit from treatment if we were to find prostate cancer because of the slow-growing nature of the disease. Of course, this is a decision only you and your doctor can make together.

What to expect during your digital rectal exam

I typically use a mannequin to show my patients the area I’ll examine during their DRE. The prostate is a walnut-sized organ that sits right in front of the rectum, directly under the bladder. We can’t feel the prostate from outside the body, so the rectum is our best and easiest way to access it.

During the exam, your doctor will wear a glove. They’ll lubricate their finger so the test is a little more comfortable. You’ll be undressed below the waist, either bending over the exam table or lying on the table on your side. The doctor will insert a finger and feel for any lumps or hardened areas on the prostate. The test takes just a few seconds to complete. You may feel like you have to urinate during the test, and there may be some discomfort. However, it usually isn’t painful.

Though a digital rectal exam may be a little awkward, it plays an important part in the early diagnosis of prostate disorders and cancer. Ask your doctor about your risk for prostate cancer and whether you need to schedule this quick, potentially lifesaving procedure.

Call 202-877-7011 or click below to make an appointment for a prostate cancer screening.