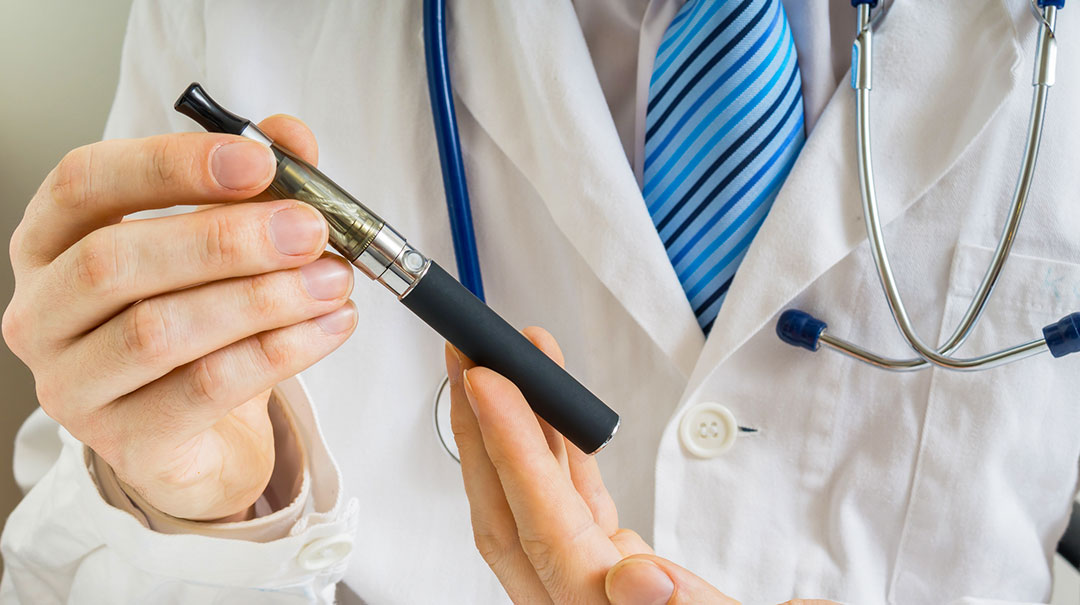 Since electronic cigarettes, commonly known as e-cigarettes, first hit the market in 2007, they’ve become a popular option for people who want to stop smoking and people who have never smoked traditional cigarettes. Research is still underway as to whether using these devices (vaping) is healthier or safer than smoking in terms of the risk for lung cancer and other diseases. But e-cigarettes do carry one potential risk that cigarettes don’t: the risk of exploding.

Media reports and medical journals have documented cases of e-cigarette explosions and fires across the country, and I’ve treated several patients here at MedStar Washington Hospital Center’s Burn Center. These burns can be painful and may even require surgery to treat. It’s important to know the dangers of e-cigarette injuries and explosions so you can reduce your risk.

In our Burn Center, e-cigarette burn patients have nearly always been carrying the devices in their pants pockets when they exploded. Patients have come in with second- or third-degree burns on their thighs. Some of these burns are serious enough that we’ve had to perform surgery. Go to the emergency room right away if you’ve been burned by an exploding e-cigarette.

Elsewhere in the country, hospitals and burn centers have reported patients coming in with first-, second- or third-degree burns from vaping devices. A word of caution: These links include photos or videos of people who have been injured by exploding e-cigarettes:

What causes e-cigarettes to explode?

E-cigarettes are electronic devices that, just like smartphones and laptops, are powered by lithium-ion batteries, which are popular with manufacturers because of their light weight, ability to store energy and ability to recharge. These devices have a potential risk of exploding because of a combination of how their batteries are made and how the devices are used.

All lithium-ion batteries include liquids called electrolytes, which help energy flow within a battery to the device it’s powering. The electrolytes in all lithium-ion batteries currently on the market as of October 2017 are either flammable (able to catch fire) or combustible (able to explode). These batteries also have a wrapping that, if damaged, can allow sparks to form near these flammable liquids if the wrapping comes into contact with metal. When these batteries catch fire, it can cause a reaction called thermal runaway, which leads to extremely high temperatures in a short time.

Damage to an #ecig’s battery can make it more likely to explode and cause serious #burns. via @MedStarWHC


And although similar batteries in other devices have caught fire or exploded—most notably hoverboards and Samsung’s Galaxy Note 7 smartphones—certain types of e-cigarettes may be more likely to fail because of their designs. Some e-cigarettes are shaped like traditional cigarettes or pens. As the U.S. Fire Administration noted in a 2014 report, the ends of these tube-shaped devices are structurally weak, and the placement of a battery near these weak points can cause the battery, the e-cigarette or both to explode with enough force to “be propelled across the room like a bullet or small rocket.”

How to lower your risk of burns from e-cigarettes

The easiest way to reduce your risk is to not use them in the first place. If you’re going to use an e-cigarette, however, follow the manufacturer’s instructions, and use them only as directed.

Only use #ecigs as directed by the manufacturer to reduce the risk of explosion and #burns. via @MedStarWHC

Most e-cigarettes are powered by a battery pack that has a USB connection, which allows users to plug them into computers to charge or wall outlets with an approved adapter. However, in many cases of e-cigarette explosions, users have charged their devices with chargers not provided by the manufacturer, which can damage the battery and cause it to overload.

Users also may try to modify or repair their e-cigarettes themselves, rather than buying a different device or having it repaired by a professional. This also can increase the risk of the device or the battery being damaged. E-cigarette repairs aren’t safe do-it-yourself projects. If your device is damaged, dispose of it safely and buy another one.

I also recommend that people not carry e-cigarettes in their pants pockets. Doing so can increase your risk for a serious burn if the battery explodes. And definitely don’t carry an e-cigarette with metallic objects, such as loose change or keys.

E-cigarettes have not been approved as a safe way to quit a nicotine habit. And I don’t want to see people get hurt by something they think is a safer alternative to smoking. If you choose to vape, understand the risks, including severe burns, and work to reduce them.