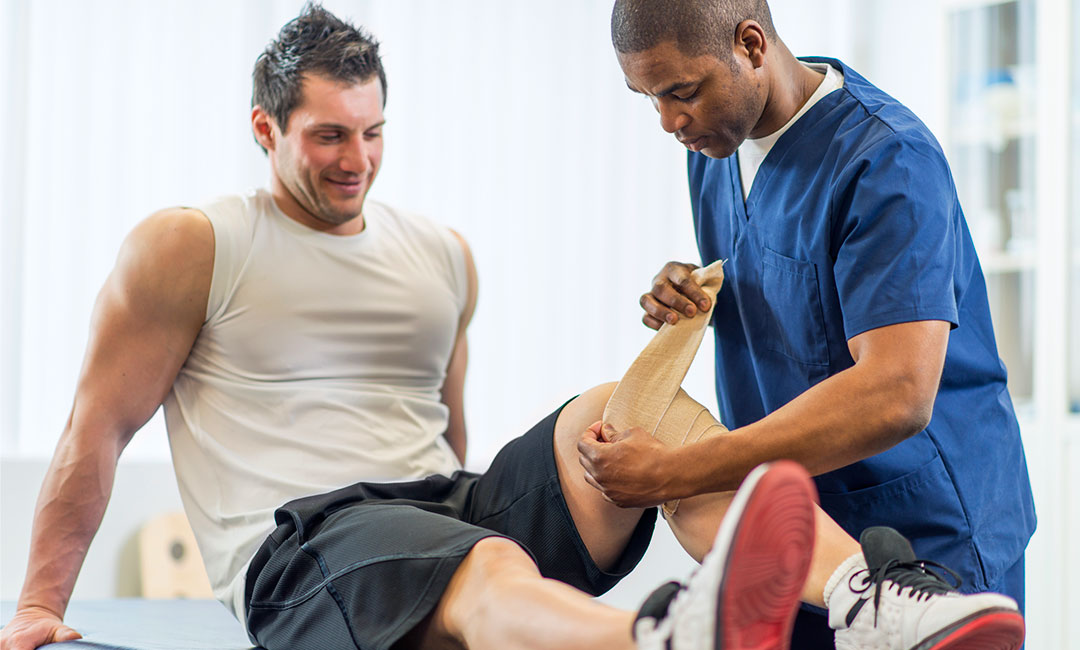 In 2017, a long list of NFL players tore their anterior cruciate ligaments (ACL), and several were forced to sit out the entire 2017-2018 season. Some high-profile players who were injured included:

But an ACL injury can be devastating for anyone, just not athletes. The ligament is crucial in controlling rotational stability of the knee joint, which is needed for turning or twisting. An ACL injury can cause severe pain and can make walking and exercising painful, if not impossible. ACL injuries may require surgery, and the recovery process can take a year or longer.

The doctors at MedStar Orthopaedic Institute, as well as around the country, are discovering new technologies to strengthen the ACL and other crucial ligaments in the knees, ankles and elbows after reconstruction or repair. Researchers have developed an internal brace, which is an advanced suture made of polyethylene or plastic that can give the new ligament stability throughout the healing process and support safer, faster recovery.

How does internal bracing work? 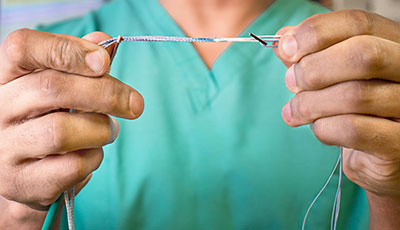 We perform the internal bracing and ACL surgery procedure on patients under anesthesia first. We either take a donor tendon from a cadaver (a deceased donor) or from the patient’s own body. Then, we drill tunnels into the bones of the knee, so that once the repair or replacement is complete, we can put the new ligament where the old ACL was. We insert the internal brace with the ligament, so it follows the same path and receives the same force as the new ligament. Think of it as sort of a temporary ACL while the new ACL gets stronger.

In the past, where the ACL stopped and started within the knee was not well understood or mapped. In fact, currently the most common reason for revision ACL surgery is incorrect original tunnel placement. Rehabilitation also took much longer.

We commonly see patients who had ACL surgery years ago, and we unfortunately have to operate again because they don’t have adequate range of motion or stability. What we know for all therapies is that if you go into a surgery with poor motion, you typically will have poor motion afterward. But all the research that’s come out during the last decade about understanding where the ACL starts and where it goes, coupled with the evolution of minimally invasive ways to incorporate new technologies, have combined to allow us to perform more effective, lasting repairs.

Approximately two weeks after surgery, our patients start physical therapy, and we’ve found in our experiences that internal bracing gives therapists and patients the confidence to be more aggressive in physical therapy earlier on. We’re one of only a few centers in the United States that are collecting this type of research. In fact, the strength of internal bracing now allows us, at times, to actually repair the ligament, which avoids bone tunnels completely! And as we study internal bracing, we may find that we can be more aggressive, which might reduce the amount of time people spend rehabilitating after ACL surgery.

Anecdotally, we’ve found that patients have less muscle atrophy, or loss of muscle, after ligament replacement or repair when we use internal bracing. We’ve also found that the procedure helps patients get back to sport or activity quicker. A perfect example is two firefighters we cared for in 2017. I prepared them for the standard eight to 10 months of rehab, which can be tough for people who very much want and need to be active. With internal bracing and aggressive physical therapy, they were able to get back to work in six months without restriction. The same can be said for athletes who get back to their sports stronger and safer than before.

Who’s a good candidate for this procedure?

Internal bracing is safe for anyone who needs ligament reconstruction or repair surgery. People who get ACL or elbow ligament surgery tend to be young and active, but their age is less important to me than activity level. I’ve done ACL surgery in people who were numerically older but more physically youthful than some of my college-aged patients.

There are no specific safety concerns with this procedure outside the typical risks of surgery. In fact, when I look at my ACL patients with and without internal bracing, there’s no easy way to determine who has one and who didn’t. If you or a loved one needs an ACL or other ligament surgery, consider a facility that uses this revolutionary technique. Work with your doctor to choose the procedure that will last the longest and get you back to your activities safely, whether that be playing sports, fighting fires or chasing the kids around the house.