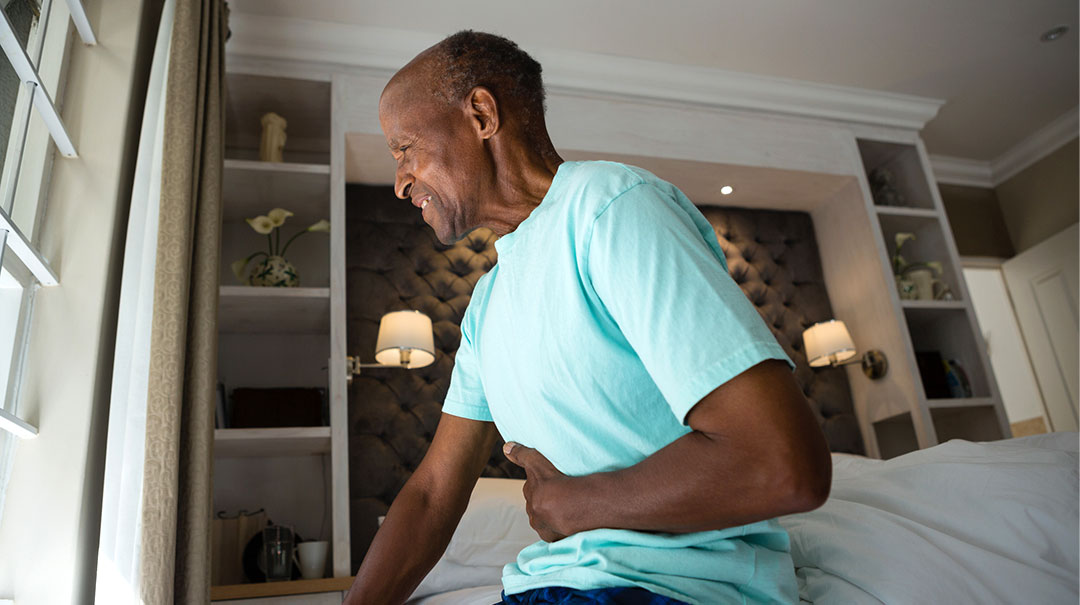 Years ago, before we had advanced and routine imaging, a kidney mass was only discovered when it had become very large, caused pain or caused blood in the urine. Oftentimes, patients’ kidney cancer had already spread beyond the kidney when we discovered these masses.

Today, we often detect kidney cancer by chance, when a patient has a CT scan or an ultrasound for another purpose, such as gallstones, indigestion or back pain. The imaging scan then will show a small renal mass that is localized, or confined to the kidney. At that point, the patient doesn’t have any symptoms from the cancer and the disease can be successfully managed and treated. Advances in treatments offer patients less invasive treatments and more successful outcomes.

What treatment options are available for localized kidney cancer?

Localized kidney cancers typically are not aggressive, so we have a variety of treatments that are effective and minimally invasive. The treatment option a doctor recommends will depend on the patient’s health and the characteristics of the kidney mass.

Sometimes the best treatment is to actively monitor small, nonaggressive kidney masses with regular exams and tests every three to six months. If the tumor doesn’t grow or spread, we may extend the exams out to once per year.

Active surveillance is a safe, non-invasive option for patients who:

During active surveillance, we focus on general lifestyle improvements to reduce the risk of the cancer spreading. For example, I advise patients to quit smoking, lose weight, and work on controlling diabetes and overall wellness.

If, after biopsy, we suspect a mass is cancerous, two of the least invasive treatment options are radiofrequency ablation and cryoablation. Ablation means the removal or destruction of tissues. In radiofrequency ablation, our colleagues in radiology put a needle into the area and burn the mass away. In cryoablation, they freeze the mass through the needle. These are good options for tumors that are small, and ablation will not damage nearby tissues or organs.

In this traditional open surgery, we make a large incision in the front or the side of the patient. We remove the entire tumor and surrounding lymph nodes. For a smaller mass, we remove the cancerous part of the kidney while leaving the rest of the healthy kidney behind.

We try to avoid this traditional open surgery if the size of the kidney mass or other considerations don’t make it necessary. That’s because, to get to the kidney, we have to make a very large incision, go through many layers of tissue and muscle and then reconstruct them after the tumor is removed. This risks more blood loss, longer hospital stay, a longer recovery, and other complications. In recovery, patients may have difficulty walking or breathing afterward because of how sore they are after the surgery. Today, open surgery is reserved for extremely large masses or evidence of local invasion.

For a complete removal of the kidney, laparoscopy without robotic assistance is preferred over traditional open surgery, because there is less pain and a faster recovery. This is reserved for large masses that are not amenable to ablative techniques or partial kidney removal.

We’ve made great progress in tumor removal with minimally invasive robotic laparoscopy. In robotic surgery, we manipulate robotic arms with instruments at a console to guide miniaturized surgical instruments to perform the operation inside the patient’s body. This newer technology allows for tiny keyhole incisions—between 0.5 and 1 centimeter each—either from the front or the back. Using the robotic surgery, we can remove the part of the kidney that is cancerous, while leaving the healthy kidney behind, a technique called “robotic partial nephrectomy”. We can also manage many locally advanced renal masses, such as those with evidence of vascular invasion robotically. Robotic surgery and traditional laparoscopy offer significant benefits to patients, such as:

We encourage patients to walk but avoid heavy straining, heavy lifting, running, swimming or strenuous exercise until they’re approved for those activities. The last option for localized cancer is when we can’t spare the kidney. Traditionally, that would have required open surgery. Now, we often can do advanced-stage surgery using the robotic platform.

Immunotherapy uses agents in your own body to improve or restore immune system function. These agents, called pd1 inhibitors or pdl1 inhibitors, can turn your immune response back on so that your body can fight the cancer again. This has been a revolution for kidney cancer specifically. Prior to the use of these agents, if a targeted therapy wasn’t working, there weren’t many other options. Now, immunotherapy is an alternative therapy for patients whose cancer seems to be spreading and for whom the first line of defense didn’t work.

Immunotherapy is a good option for patients who have kidney cancer that has already spread. There are also immunotherapy clinical trials available at MedStar Washington Hospital Center for aggressive tumors that have been removed where the risk of recurrence is high.

#Immunotherapy is a good option for some people with recurring #kidneycancer or for cancer that has spread. via @MedStarWHC bit.ly/2GjXHkt

A note about the future of robotic laparoscopy

I think the future of this procedure is twofold:

I understand kidney cancer is scary for patients no matter how early we detect it. But with the advances we’ve made in recent years, we have more tools available to us than ever before to catch these cancers early and treat them easier and more successfully for our patients.