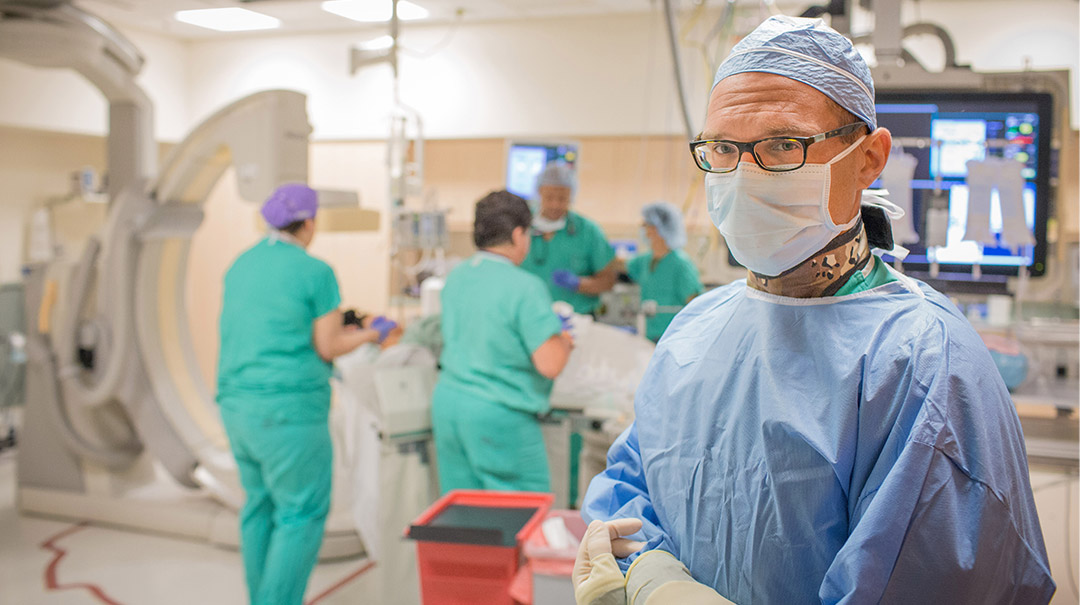 For many years, the number of people who were dying of strokes in the United States had been decreasing steadily. But as the Centers for Disease Control and Prevention (CDC) noted in its September 2017 Vital Signs report, decreases in deaths from strokes have either stalled or reversed in three out of every four states. Here in Washington, D.C., we’ve actually seen an increase in the number of people dying from strokes, as have 20 states.

Most strokes are a type called acute ischemic stroke. This type of stroke is caused by a blockage of blood to the brain, usually in the form of a blood clot. In the past, a clot-busting medication called tissue plasminogen activator (tPA) had been the only approved treatment for this kind of stroke since its approval by the Food and Drug Administration in 1995. This was a huge advance for stroke care, but we needed more. Now, we have a powerful procedure—with more than six level I randomized studies that support its use—that we can use alongside tPA to save more lives and brain function for our patients. It’s called mechanical thrombectomy, and it’s one of the emergency stroke treatments we offer in our Comprehensive Stroke Center at MedStar Washington Hospital Center and in the Comprehensive Stroke Center at MedStar Georgetown University Hospital.

Mechanical thrombectomy can have huge benefits to patients who have had a stroke. Not only can this procedure increase the chance that we can save their lives, but patients are much more likely to avoid some of the devastating complications that can come after a stroke, such as paralysis, being bedridden or being unable to speak.

What is mechanical thrombectomy?

Mechanical thrombectomy is a minimally invasive stroke treatment we use for large-vessel occlusions, which are large blood clots that block one of the major blood vessels that bring blood to the brain.

The CDC estimates that about 795,000 Americans have a stroke every year. Of those, about 690,000 are ischemic strokes, or those caused by blockages in a blood vessel. About 15 to 25 percent of all the ischemic strokes are caused by large-vessel blockages. That means mechanical thrombectomy could potentially help between 103,500 and 172,500 Americans each year.

This procedure has been available to patients outside of clinical trials only since 2014, but it’s revolutionized stroke treatment in that time. As researchers noted at the American Heart Association’s International Stroke Conference in February 2016, the average number of stroke patients who received mechanical thrombectomy more than doubled at hospitals nationwide in just two years.

The normal procedure for a patient who’s having a stroke is to give them IV tPA medication as soon as possible. For smaller blood clots, the medication is very effective to break them up and move them through the arteries. But for large-vessel occlusions, tPA on its own may break up the clot only about a third of the time.

That’s where mechanical thrombectomy comes in. This procedure uses a device called a stent retriever, also known as a stentriever, and/or thromboaspiration directly that we insert into an artery in the patient’s groin with a thin, flexible tube called a catheter. We thread the catheter up to the blocked artery and either suction the thrombus directly like a vacuum cleaner or open the stent retriever and remove the clot. The retriever grabs the blood clot, and we remove both the retriever and the trapped clot.

In most cases, we would start the patient on IV tPA first to begin the clot-busting process and then perform mechanical thrombectomy to finish the job. If the patient gets to us early enough, we’re seeing success rates of 70 to 90 percent in saving lives and brain function using this procedure—far higher than the 33 percent we used to see with tPA alone for these kinds of strokes.

It’s a dramatic change. You can take a patient who went from the prime of their life, and they’re paralyzed on one side of their body, unable to walk or speak when they get to us. And after this procedure, they’re back to their normal selves. That was basically unheard of before mechanical thrombectomy. It helps us give patients their quality of life back.

Why where you go for stroke treatment matters

The common expression when it comes to stroke is “time is brain,” and that’s a fact. The faster we’re able to restore the brain’s blood flow, the more likely a patient is to survive a stroke. Mechanical thrombectomy helps us fight strokes quickly and successfully. 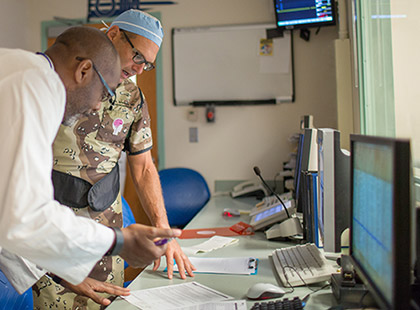 Unfortunately, not every hospital is equipped to provide this procedure. In an emergency, loved ones or emergency medical professionals may take a patient who’s having a stroke to the nearest hospital, which may or may not offer mechanical thrombectomy. And even if some smaller or nonspecialized hospitals do offer the procedure, they may not have vast experience with it. In those instances, the patient will have to be transferred to a comprehensive stroke center like ours, squandering minutes or even hours in transit. Providers at comprehensive stroke centers have ample experience with mechanical thrombectomy and other complex stroke treatments. We have more doctors who perform the procedure and more specially trained nurses and staff members who can assist than most small or nonspecialized hospitals.

So even though it’s critical to get the patient help fast if they’re having a stroke, it actually can save precious time to bring the patient directly to a comprehensive stroke center, rather than having to transfer that patient from one hospital to another. Mechanical thrombectomy needs to be performed within about six hours of the beginning of a stroke, but the sooner we do it, the better the outcomes. And if we give IV tPA first to help start to break up the clot, that ideally should be given within three hours of the beginning of a stroke. That means we need to get the patient to us as quickly as possible.

If you think your loved one is having a stroke, call 9-1-1 right away. With the one-two punch of tPA and mechanical thrombectomy on our side, there’s a good chance we’ll be able to save the patient and maintain more of their mental and physical functions.

Related reading: Learn how to think FAST if you think your loved one may be having a stroke.