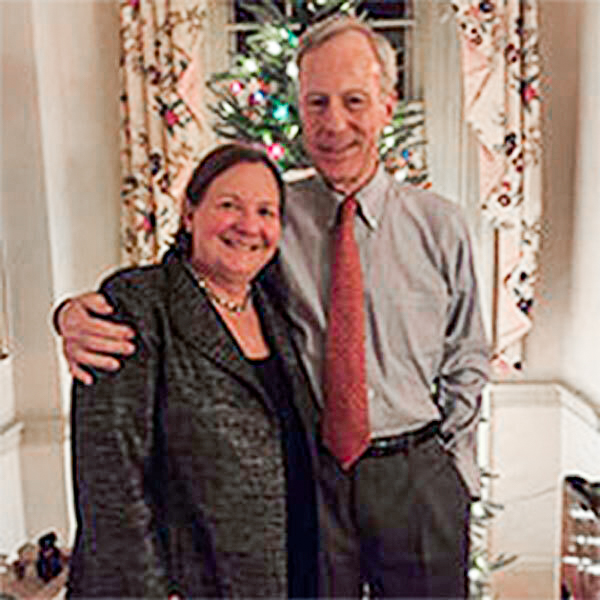 Sixty-nine-year-old Jeff Ferrill of Alexandria, Va., can swallow and eat comfortably again, after nearly three years of appointments to treat a rare and complicated gastrointestinal condition.

Rewind to 2012, when Jeff arrived at the Emergency Department at MedStar Georgetown University Hospital. He was vomiting, delirious and in extreme abdominal pain. The physicians’ rapid assessment revealed gastric volvulus, a condition in which part, or all, of the stomach twists more than 180 degrees.

Similar to a towel being wrung out to dry, blood supply to the stomach is compromised with the condition, commonly referred to as twisted gut or colic. Common in horses, twisted gut is familiar to equine enthusiasts like Jeff. “I never realized the same condition could also happen to humans,” he says.

While rare, gastric volvulus is more frequently seen in older adult males. Without surgical intervention, it is usually fatal. About one third of gastric volvulus cases are associated with hiatal hernia, a condition in which part of the stomach protrudes through a small opening in the diaphragm muscle and into the chest, causing painful pressure, acid reflux and other symptoms.

Jeff ’s long history with hiatal hernia likely contributed to his life- threatening condition. Fast intervention and emergency surgery by the surgical team, headed by Patrick Jackson, MD, at MedStar Georgetown was critical to saving his life and a quarter of his stomach.

“Jeff’s surgery was complicated by the severity of his condition,” explains Nadim Haddad, MD, chief of the Division of Gastroenterology and Hepatology. “A stricture, or blockage, at the surgical site between his esophagus and stomach prevented him from swallowing.”

For circumstances like Jeff’s, there are typically two options available for opening the blockage. One requires major surgery to resect, or cut and connect, the esophagus to the small bowel—an invasive option that greatly impacts a patient’s quality of life. The second option is less invasive and involves endoscopic intervention to stretch the narrowed area between the esophagus and stomach and temporarily implant stents, or miniature metal tubes, that expand to prop the esophagus open.

“Because of our team approach to surgery, we recognized the severity of Jeff’s condition and acted on it immediately, using the less invasive option,” explains Dr. Haddad. “In another setting, a surgical team likely would have moved forward with a resection.”

It’s taken Jeff three long years of hard work and persistence to recover. It’s not uncommon when treating a serious esophageal stricture like Jeff’s for the esophagus to close after stents are removed or, because of scarring, to require more stretching and stenting over many months, according to Dr. Haddad. “Treatment is very challenging for the patient and it’s very important to follow medical advice. It is not just one procedure,” he says.

Finally, after about 10 dilations, Jeff’s esophagus responded and stayed open. “With each stretching, I could swallow a little bit more,” he says. Prior to Dr. Haddad’s treatment, eating was nearly impossible for Jeff. Even with liquid supplements, followed by only specially prepared food as his esophagus began to open, Jeff lost nearly 50 pounds. Now, his weight has stabilized and he eats small portions six to eight times a day.

“My wife, Joan, and I are so thankful to MedStar Georgetown and Dr. Haddad, who has been a great teacher,” Jeff says. “He gave us detailed explanations after every procedure and made sure we understood them so we could follow his instructions.”

Cleared by his surgeons to resume regular activities, Jeff is back to his normal life, which includes long walks, gardening, bicycling, swimming and horseback riding. “They recommend that I don’t fall off a horse,” says Jeff jokingly. “But now every day is a good day.”

For more information about Gastroenterology at MedStar Georgetown, call